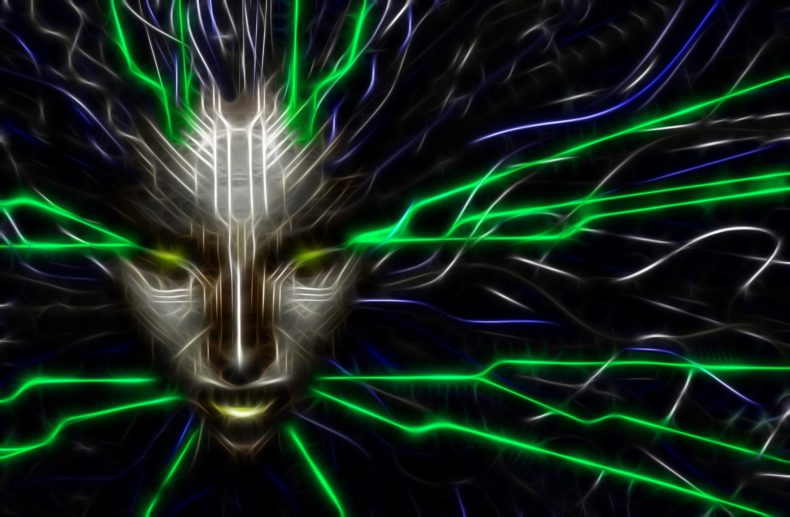 The Long (to say it mildly) awaited SYSTEM SHOCK remake by Nightdive studios was announced to be on ‘hiatus’ by it’s CEO Stephen Kick. This came as a massive disappointment for all of us who were rabidly anticipating the game. If there’s a game that needed a remake, it was the original SYSTEM SHOCK. It’s a groundbreaking classic that is responsible for pioneering a lot of the design trends, that eventually would go on to rehape the modern AAA Industry. It boasts the legacy of the legendary ‘Looking Glass Studios’ in its veins and that alone makes it forever validated as a piece of history.

Now that dream seems to be dead (for a while), all we have is a rather submissive, extremely self-critical apology from Kick. I had some free time on my hands, so I figured why not take the time to figure out what it all means (using the man’s quotes himself):

“Maybe we were too successful. Maybe we lost our focus. The vision began to change. We moved from a Remaster to a completely new game. We shifted engines from Unity to Unreal, a choice that we don’t regret and one that has worked out for us. With the switch we began envisioning doing more, but straying from the core concepts of the original title.”

Two things to keep in mind: 1) The original SYSTEM SHOCK was a very,very complex game. One of the most complex games you’ll ever play. It’s more like a Rubik’s cube the player gradually learns to solve, rather than a pick up and play ‘journey’ 2) They actually raised $1.3 MILLION in kick-starter cash. That’s a lot of money for a game that complex. Remaster or otherwise, that’s not a game that will be played by everyone. Which, if you’ve raised $1.3 Million for, you probably have to reconsider. You’re spending somebody else’s money on something whose intricacies will be lost on most players, obviously there is bound to be second guessing at multiple times during development.

“As our concept grew and as our team changed, so did the scope of what we were doing and with that the budget for the game. As the budget grew, we began a long series of conversations with potential publishing partners. The more that we worked on the game, the more that we wanted to do, and the further we got from the original concepts that made System Shock so great.”

The phrase ‘Long series of conversations with potential publishing partners’ is kind of a hint. He also himself admits that they were getting ‘further away from the concepts that made System Shock so great’. I have no doubt that the team at NIGHTDIVE was doing some great work, and to be honest the fact that they didn’t want to just copy and paste the OG with an HD paint is really admirable. It seems like they were developing some new systems and process to make the simulation even more immersive. But of course, every-time you add something, you have to take some things out, and it appears that perhaps the task became too complex to handle. They’ve got to please stubborn, obsessive SYSTEM SHOCK vets as well as modern audience, all the whilst ensuring that the game is profitable. It’s a challenge and workload that would break down even the best of them. No matter which way you look at it, it seems like a losing proposition. Most designers wouldn’t even dare try such a task. The remakes of RESIDENT EVIL and METAL GEAR SOLID were successful in part of their generally simple nature. Remaking SYSTEM SHOCK on the other hand, is like writing a great ,classic novel in your own words, so I can understand some of the compromises and frustrations.

“Ultimately the responsibility for the decisions rests with me. As the CEO and founder of Nightdive Studios, a company that was built on the restoration of the System Shock franchise, I let things get out of control. I can tell you that I did it for all the right reasons, that I was totally committed to making a great game, but it has become clear to me that we took the wrong path, that we turned our backs on the very people who made this possible, our Kickstarter backers.”

Reading this is a bit heartbreaking. He cops to his own faults as a leader. And to be fair, it doesn’t seem like it’s all his fault. He’s intent on making a game for today’s Audience that has absolutely nothing in common with their tastes and preferences. It’s also pretty reasonable that he would want to make some money off this game, for himself and the people who worked so hard at it. Projects like this can be a tricky bunch, you can either not give a fuck, piss off a lot of your employees and make the game you want to make, like Warren Spector did during DEUS EX’s notoriously troubled development, or you try and come up with a solution towards the wellness and happiness of your staff before the mission .Being a boss is hard enough as it is, in this case it was even harder.

“I have put the team on a hiatus while we reassess our path so that we can return to our vision. We are taking a break, but NOT ending the project. Please accept my personal assurance that we will be back and stronger than ever. System Shock is going to be completed and all of our promises fulfilled.”

Now to be completely honest, SYSTEM SHOCK is far from a perfect game. Some aspects of it absolutely need improvement. It was pretty obvious that some elements would be casualized for the remake, some of them absolutely needed to. It is dated in some aspects, but in others it just hasn’t been topped by any game yet, (including it’s ‘simplified’ sequel). If pulled off correctly, a modern day game where you can enter cyberspace to affect changes in the real world can make even stuff like PORTAL look rudimentary.  This remake was the chance to a familiar experience that still feels fresh. I’m still hoping that’s possible and on the cards. Sick and his team haven’t given up and that’s a good thing. Here’s hoping they take this period of self-reflection and come back stronger than ever to deliver the epic return SHODAN and Citadel Station truly deserves.