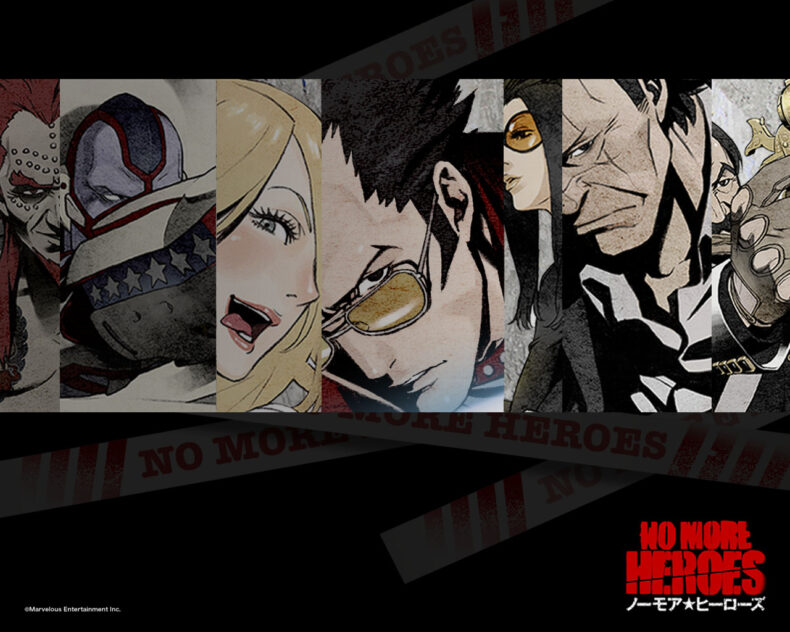 In a bit of welcome news, both NO MORE HEROES and NO MORE HEROES 2: DESPARATE STRUGGLE got re-releases on the Nintendo Switch. For gamers of a certain temperment, this was indeed great news. As the decade-plus since they spent heralding the virtues of these dual Goichi Suda (aka ‘Suda 51’) ‘kinos’ seem to be finally paying off. Now, a lot of people in the Switch’s massive install base will finally learn what the fuss was all about—and rightfully so. Even 10+ years on since the last release, these games are unique, entertaining, and standout in ways that most titles can only dream of. In short, they’re certified classics. Let’s explore a bit more.

Like most SUDA 51 games, it’s impossible to classify NMH in a single category. But the gist is, they’re mostly action adventures—that flawlessly mix motion controls with traditional controller inputs—to make a simple, but insanely over-the-top fighting engine that is so insanely gratifying, it is impossible to put down. The feeling of wielding a lightsaber is captured much more precisely here than any STAR WARS game ever could. So is the feeling of being Uma Thurman’s “The Bride” from KILL BILL. As you don’t merely ‘defeat’ enemies here—you decapitate them, slice them in half, and make them explode into bloody chunks in an unashamed, aggressive and in-your-face way—that would make the more sensitively inclined gamers rush to their beds and cover their eyes and ears with a pillow. 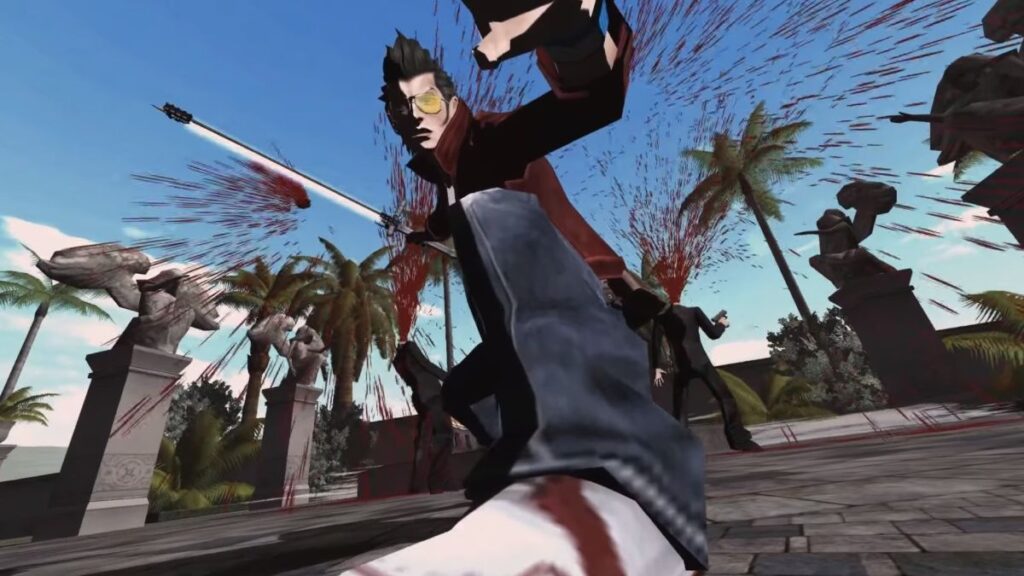 Counteracting the violent combat, are the ‘life-sim’ elements. The game logic dictates that Travis has to fund his murder sprees himself, and he does that with money earned by doing menial jobs throughout the gameworld. It isn’t exactly Shenmue, but it is still a nice counterpoint the more action-focused elements well. I mean, everyone has to make their day-to-day, right? The amount for each ‘ranked battle’ isn’t too unreasonable, but if you want to equip Travis in the lastest gear and weaponry–you will have to grind a bit. After that you can purchase videos from a store called ‘Beef Head’ to learn wrestling moves on your TV or pet you kitten. To add to the overall tasteful, classy and retrained nature (sarcasm) of the game–you can then take a dump on your toilet to save your game. Clearly, inhibition isn’t this game’s strong suit.

The shock value-friendly nature of the game also extends to its writing, themes and storytelling. The game wears its R-rated inspirations on its sleeve. For a game that came out on Nintendo’s family friendly console, its pretty commendable that it regularly deals with themes of murder, revenge, egotism, lust for power, sex, greed, lies, childhood abuse, trauma, manipulation and other mature topics all across two games—without batting an eye. The fact that it does all that while offering regular metacommentary on video-games as a medium, and the often fragile, fickle nature of gamers themselves—is even more impressive.

But the key word here, as always, is ‘mature’.

This is not at all a brainless, offensive murder romp intended just for shock value, like Suda’s previous effort KILLER 7—it is a deeply nuanced piece of work that gradually unspools its key themes over the entire duration of both games. Chief among them, is the nature of the protagonist himself. Travis Touchdown initially comes across exactly as advertised—crass, sexist, leery, self-obsessed, anti-social and borderline sociopathic. A literal analog for how ‘gamers’ are perceived by some narrow-minded sections of society. It’s tough to take him for anything else besides a device for Suda to do some post-modern commentary on the gaming audience. Then he flips the audience over the head by revealing that, well, Travis is actually not all that.

Travis, like most people in life—and probably you and I—is putting up a front. When he’s actually lured by false information into killing a high-ranking target by his ‘handler’–he has no choice but to kill everyone that stands in his way. As it turns out, despite all the braggadocio and psychopathic ranting, Travis is not enjoying the bloodbath. At all. Despite claiming to ‘live for killing’, he seems to have shockingly ambivalent opinions about it. He refuses to take the lives of underage targets and women (initially); he actually is trusting of his opponents and treats them with warriors’ honor (before being suckered into a trap); he berates other assassins for then nature of their violent profession. He often feel regret, confusion and a sense of emptiness after a contract. Even his disturbingly leery nature begins to take a backseat to a genuine sense of maturity. Over the course of two games, Suda takes a distinct pleasure in stripping his character down. The exact opposite of what most developers do with their ‘leading men’. The narrative may convey that Travis is going ‘up the ranks’; the reality is however, that he is slowly beginning to grow tired, jaded and disillusioned. The more he achieves; the more he realize how pointless it all is. For people who think, Travis Touchdown won’t fly post-gamergate–I’d say think again.

It’s this particular bit or narrative subversion that makes Travis such an incredibly compelling character—and the way Suda uses the medium of gaming itself to make the player feel from Travis’ perspective. There is a lot of great satire/observational humor regarding the gaming medium/geek culture etc.  in the game—but the wonderful way in which it deconstructs a seemingly unremorseful asshole is on par with games like METAL GEAR SOLID and DEVIL MAY CRY 3. Beneath it’s crude exterior, there’s a really intelligent and human game lying within. One that’s also equally fun to play and watch.