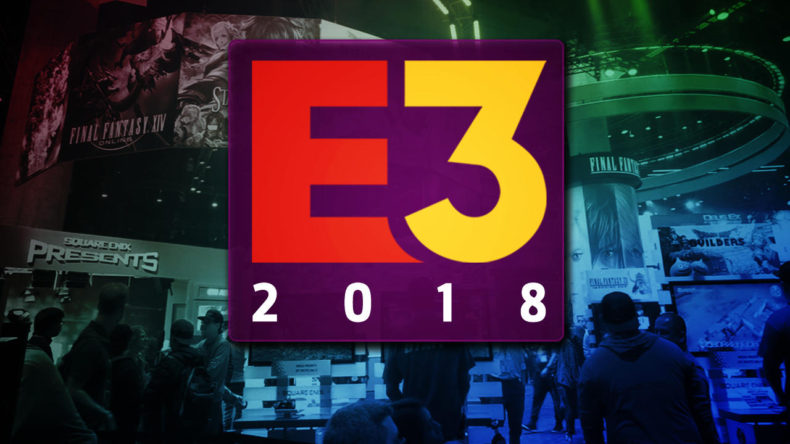 E3 2018 went by a few weeks ago, and as usual, we had a list of games that we were incredibly impressed by. While the showing overall was uneven (with some showings better than others), there were still enough quality games on display that make us both excited to play them, and the future of the industry as a whole. Without further ado, here are the five games that we consider to be the absolute standouts:

Karan: I loved Nioh. I beat it in 70 hours, then spent 10-25 hours doing almost every side-mission there ever was. I never played all the DLC due to time constraints but I got to a lot of the secret bosses, and unlocked a lot of secrets and. To me, it was the perfect return-to-form Team Ninja could ever hope for. Their expertise with physical combat and movement in games translated well to the typical Souls formula, and with their well-presented love for the Sengoku period in their culture, came to actually transcend it. It’s hard to enjoy combat in these sorts of games, when you’ve become used to NIOH. So of course, i’m really excited for NIOH 2. It seems like they’re going a different route this time than the original game. Which is how you make all great sequels. More power to them.

Pratyush: I’ll be honest. I haven’t completed the game yet. And the only one I have to blame is my controller which is broken after rigorous use. In all seriousness though, from the 20-25 odd hours of Nioh that I did play, I enjoyed the fast, responsive combat. Now, with the sequel being announced, I am at a new high to get a controller and complete the game. The sequel does seem to be taking it in a new direction with the whole “Oni” transformation and I wonder if it’s something to do with the live weapons which were there in the previous game.

But I can at least say this: JAPANESE DEVELOPERS DO KNOW HOW TO MAKE A DAMN GOOD TRAILER.

Karan: A game that shares a lot of similarities with Nioh, but to be honest, it seems to have a different form of gameplay. It has elements of all of From Software’s previous games. I could definitely see a lot of Tenchu, Souls/Borne and Otogi in there. I could also obviously see Nioh’s influence as well. As no doubt, the success of that title inspired From Software to go back to their japanese roots again, after dabbling in western-influenced fantasy-horror, with Dark Souls and Bloodborne. I guess, things always come full circle. Anyways, looks fun. I’m excited to see more. One thing though, it seemed more inspired by the fast, even more aggressive combat of Team Ninja’s other series: Ninja Gaiden( when are we getting a sequel to that?). In which you’re forced to partake in life-or-death fights, where ultra-aggression is the only option.Instead of the more slightly more methodical pace of Dark Souls.

Pratyush: I definitely feel that the game has taken inspirations from Nioh. The fluid movement and the more aggressive style of combat sure was a huge indication. The addition of the grappling hook is going to add a lot to the character movement and combat as well. I am hoping that this will have a huge impact on the level design due to the verticality that the grappling hooks allows. It will be a great departure for From Soft with them having made great games that lacked vertical mobility (But still were able to do maze like level design masterfully).

Karan: I don’t have much to say here, except the fact that it looks like a blast. I was kind of alarmed at some of the forced ‘narrative’ sections shown in the Bethesda E3 demo. It seemed like a step back after the constant in-your-face action of the amazing 2016 Doom reboot. But overall, the gameplay still looks like a blast, and very free-form of ‘anything goes’ type, organized chaos.I guess we have Avalanche studios to thank for that. Doom: Eternal’s gameplay wasn’t shown at the conference, so I guess Rage 2 automatically qualifies as the best shooter present on the show. Shame about the crowd reaction to that Andrew WK performance. Thought it was great.

Pratyush: All I have got to say about the game is- “It’s looking to be extremely fun”. From the trailers that we have seen, it doesn’t feel like it is going to take itself too seriously (Thankfully) and the gameplay just feels all round solid. Bringing back the whole “punks” theme seems to be going well for the game (At least for me). I wonder what Doom 2 is going to be like. I loved Doom (2016) and from the reveal trailer, I do feel that they are going to evolve the gameplay in some interesting ways *Looks cheekily at the knife below the shotgun*

Karan: I loved the trailer. I plan to talk about the game in detail in a while. But it’s good to know that the original series is back. While a few fans were initially concerned that it looked like DmC: Devil May Cry 2, the trailer slowly reveals itself to be centered on Nero. Speaking of the game, I think it was nice of Capcom to do a more ‘mixed’ aesthetic to appeal to people who liked that game. I think it’s a classy move. The visuals looked stunning, and once again it’s amazing that it runs on 60fps on consoles, while looking this great. A lot of it is under wraps, and we’re not exactly sure what this game will finally be like. How will the more rumoured multiple characters will be integrated. One thing I’m pretty excited about is the return of Dante, who I’m pretty sure is the star of the show here, whilst Nero is being used as a decoy to redirect the focus. I’m pretty sure Vergil is there too. Either way, this will be the last DMC in the main series starring the classic cast, and Itsuno’s last game in the series as well. I hope they make it one to remember, with an upgraded version of the relentlessly addictive and deep combat, creative scenarios, legendary bosses and loads of replayability with tons of hidden content, as well as different styles and weapons to master. I have a feeling it will be the most content-rich game Capcom will put out in a while.

Pratyush: I think, along with Cyberpunk 2077, DMC 5 had the perfect reveal. Quite a few were cynical about the new art direction which, as has been said, is a middleground between the original franchise and Ninja Theory’s reboot. Personally, I would rather have them make concessions in the art department than in the gameplay which sure as hell looks like it is harkening back to the old school DMC games. I have never completed a DMC game inspite of having played a considerable amount of them due to my lack of interest and skill in hack n slash games back then. Having recently gotten into them and enjoying games like Nier: Automata, Bayonetta etc, I am going to back and complete the older DMC games, especially after watching the trailer of DMC5.

As if anything else was going to be here. We got a bit carried away, and our discussion on Cyberpunk 2077 got a bit more in-depth than we’d like to (Coming soon!). We haven’t seen any gameplay ourselves but from the previews we have read so far (Scanned as many of them as possible), we have assumed it to be a Deus Ex+ Witcher 3 sort of mixture and that is something literally out of our dreams. The music, the world, the atmosphere, everything was perfect. Just like many others, our only complain is that we didn’t get to see the gameplay, but with CDPR developing it, we have little doubt that it’ll be anything less than good.

Resident Evil 2 remake: A great looking, genuinely faithful remake (so far) of one of our favourite games. We’ve talked about it before and here are some of our thoughts on the remake.

Ori & The Will Of The Wisp: We got goosebumps when we first saw it’s reveal trailer. And we got them again during this year’s gameplay trailer. From what little we have seen, it looks like a perfect evolution of gameplay mechanics over the previous game. We’re stoked.

Dying Light: Having played Dying Light and being delightfully surprised at the amount of fun we had with the game, the sequel going into the full blown RPG direction was a great surprise. With Chris Avellone involved, Dying Light 2 has our undivided attention, at least as far as RPG’s are concerned.

That’s it from our end, folks. We hope you had a fun time watching E3 and reading our article!