by Karan Negi on May 16, 2018
1194
0
previous article
(RUMOR) Pokemon Switch Details Leaked?
next article
Behind the Success: VALVE 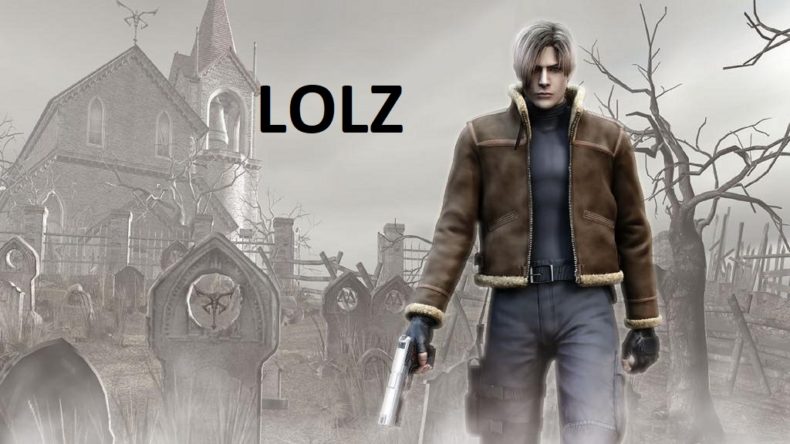 Resident Evil is one of our favorite franchises and has formed the cornerstone of our gaming tastes.Sure calling it a ‘pioneeing survival  horror series’ is great, but it has provided so many memorable contributions to the gaming landscape, that a simple term like that doesn’t really justify it in fair terms. One of its’ signature contributions was to introduce a sense of campy humor to proceedings that became a hallmark for the series(and a staple in gaming in general).This franchise somehow, became a high watermark for video game tongue in cheek, in an industy that(at the time) was thriving in titles full of a unique, individual identity.

The crown jewel of this trend of course, is the famous (or infamous, depending on who you ask) fourth entry in the series, which apart from being one of the most significant titles ever released,ratcheted up the camp to mythical proportions. It’s a game that to this day has remained meme-worthy and has become by far the most iconic titles in terms of ironic, tounge-in-cheek humour. So without further ado,here are the 10 best exchanges in the game between ‘wisecracking’ agent Leon S Kennedy and his equally ‘snarky’ nemesis, who just wouldn’t budge in letting the other party have the last word. Enjoy:

10. “Writhe in the cage of torment, my friend…”: One of the best things about RE4 is the sheer comfort-level Leon shares with the game’s villains. Despite the rising threat, he never seems to be too bothered about anything. Like ever.  The villains too (whether they like it or not) seem to enjoy his company and feel comfortable. Because let’s face it, you don’t just feel comfortable saying this to each and every one of your arch-nemesis. Even they recognize, he has a taste for the absurd.

9.”Got Gum?”: Sure this one-liner has been probably used in countless movies, games, anime and comics, but Resident Evil 4 holds the distinct honor of putting in the most absurd possible moment. At least the ones I’ve encountered so far.

8. “Can’t remember the name huh? A senior moment perhaps” : Leon Kennedy may be a chivalrous ladies man, but he’s not above insulting old people and making fun of their elderly status. Good to know.

7. ” I hate to say it but we’re sandwiched all right” : This was a great moment,that was a famous callback to the iconic ‘Jill Sandwich’ moment in the original RESIDENT EVIL, and that it comes before a horrifying setpiece is yet more proof of Capcom’s then mastery of marrying the absurd with the absolutely horrifying.

8.”Better try a new trick next time, because that one is getting old”: The scenarios in Resident Evil 4 keep on escalating to continuously absurd proportions. With the enemies, weapons, set-pieces getting more over the top as the game goes along. So do of course Leon’s one-liners. He’s not even able to control himself just before fighting the big-bad Osmund Saddler, and gets the final word on him. Because hey, if you’re going this far, why stop now, right?

5. ” Saddler, you’re small time” :Forget what I said about Leon wanting to constantly insult old people. He even likes to remind them of their socio-economic status and place in society. Ouch.

4. “Sorry I couldn’t get in touch sooner, I was a bit tied up” : After being hog-tied and narrowly escaping a Los Ganados death trap, Leon gets back to his favorite activity: flirting with Hunnigan. Just to let her know that he’s completely alpha and macho, he decides to make dumb puns instead of giving status updates.

3. ” No Thanks Bro”: Most people would put this at #1 probably Then would probably ship Leon and Salazar. But there’s no doubt that this horrifyingly hilarious ‘lost in translation’ moment is perfectly emblematic of a horrifying ‘try-too-hard’ hero matching wits with an equally obnoxious,insufferable villain.

2. “Your right hand comes off?”:Or is it this? Full credit to Leon though, He managed to deliver an appropriate comeback to ‘I’ve sent my right hand to dispose of you?.

1. “Where’s Everyone Going, Bingo?” : This was the moment that sealed it for a lot of people. After a tense opening that slowly introduces the game to you, and the opening set piece in the village that you barely manage to survive, you’re not really sure what exactly this game is. Sure, the press said it was ‘different’ but you really feel that something is really amiss. Then of course, Leon cracks this absurd one-liner in the face of surviving absolute horror, that you come to realize that yup, this is a Resident Evil game. If there’s one moment that’s emblematic of the entire Resident Evil experience, and what the franchise does so well, it’s this.

What are your picks for this list? Resident Evil 4 is probably the campiest game ever made, so we’re sure yours will differ from ours. Let us know in the comment below.