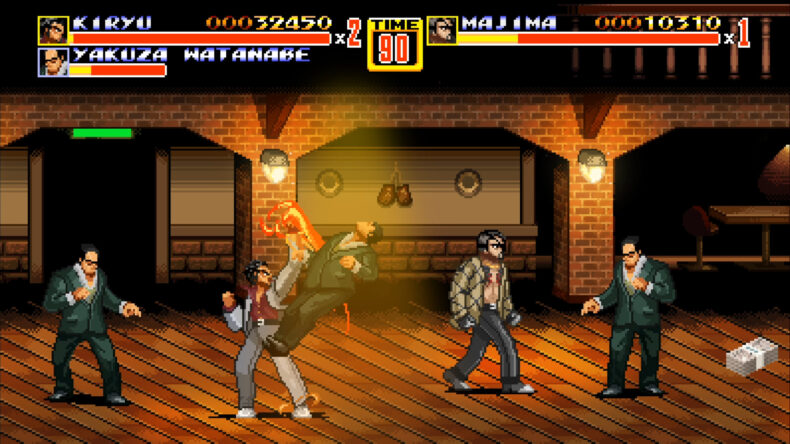 Sega is celebrating its 60th Anniversary this year. To commemorate this, Sega will be releasing a mashup of Streets of Rage and Yakuza called – Streets of Kamurocho. They haven’t delved into much detail on their Steam store page, but the game will be available for only 48 hours. So be quick to grab it up. Hopefully, they price is appropriately.

The game is being developed by Empty Clip Studios who, according to Steam, have also been involved in projects like Dead Island Retro Revenge, Symphony, Attack of the Bugs and some more.

Details from the store page:

“The death of the Tojo Clan’s Third Chairman has plunged the organization into chaos. The violence spreads to the streets, and only Kazuma Kiryu and Goro Majima can put an end to the bloodshed!

In celebration of SEGA’s 60th Anniversary, SEGA mashed Streets of Rage 2 with the ever-popular Ryu Ga Gotoku Studio’s Yakuza series, and Streets of Kamurocho was born.

Play as two of the most loved characters – Kiryu and Majima – to brawl your way through Kamurocho.

by Pratyush on November 2, 2020
To all foreign readers, this headline will probably be an immediate shocker. But for us Indians, it is a blessing. With all the import duties and taxes the government applies, there is a huge price bump in electronic goods that are imported to the [...]
Comments
Leave a reply