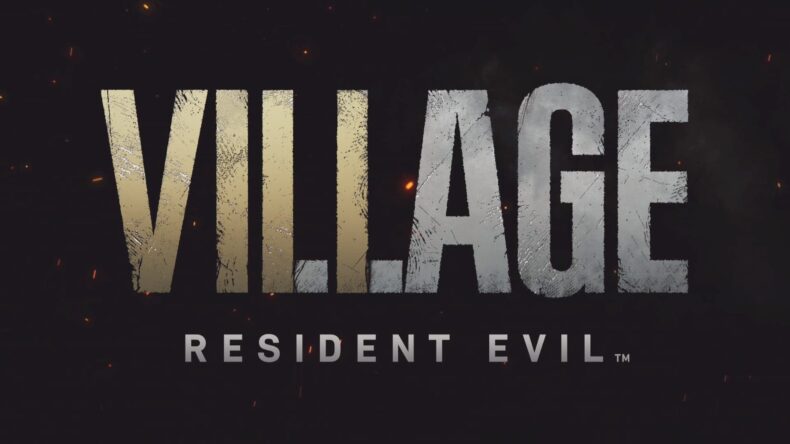 Ever since its initial debut, Resident Evil Village has been one of 2021’s most anticipated video games so far. Not just because it’s yet another ambitious installment in developer Capcom’s long-running horror franchise, but also thanks to a certain “tall vampire lady” the entire internet has taken a liking to. The recent Steam demo aims to give PC fans a taste of what’s to come.

The full demo is split into two different sections: the Village demo and the Castle demo. The former has RE7 protagonist Ethan Winters explore an eerie village being attacked by mysterious werewolf-like monsters; while the latter throws him into the castle of Lady Dimitrescu (the aforementioned vampire lady) as he continues his investigation to find his missing daughter. 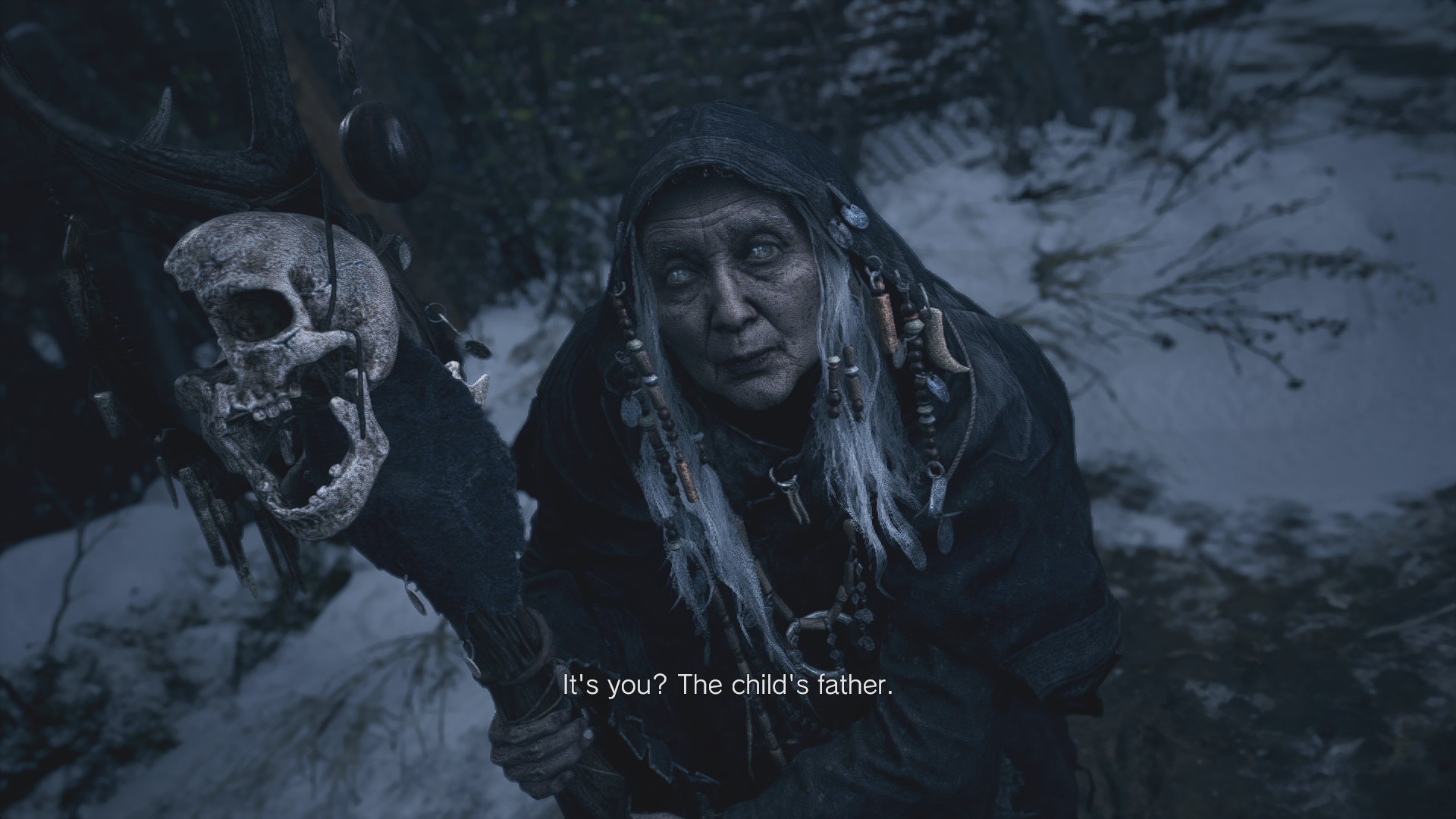 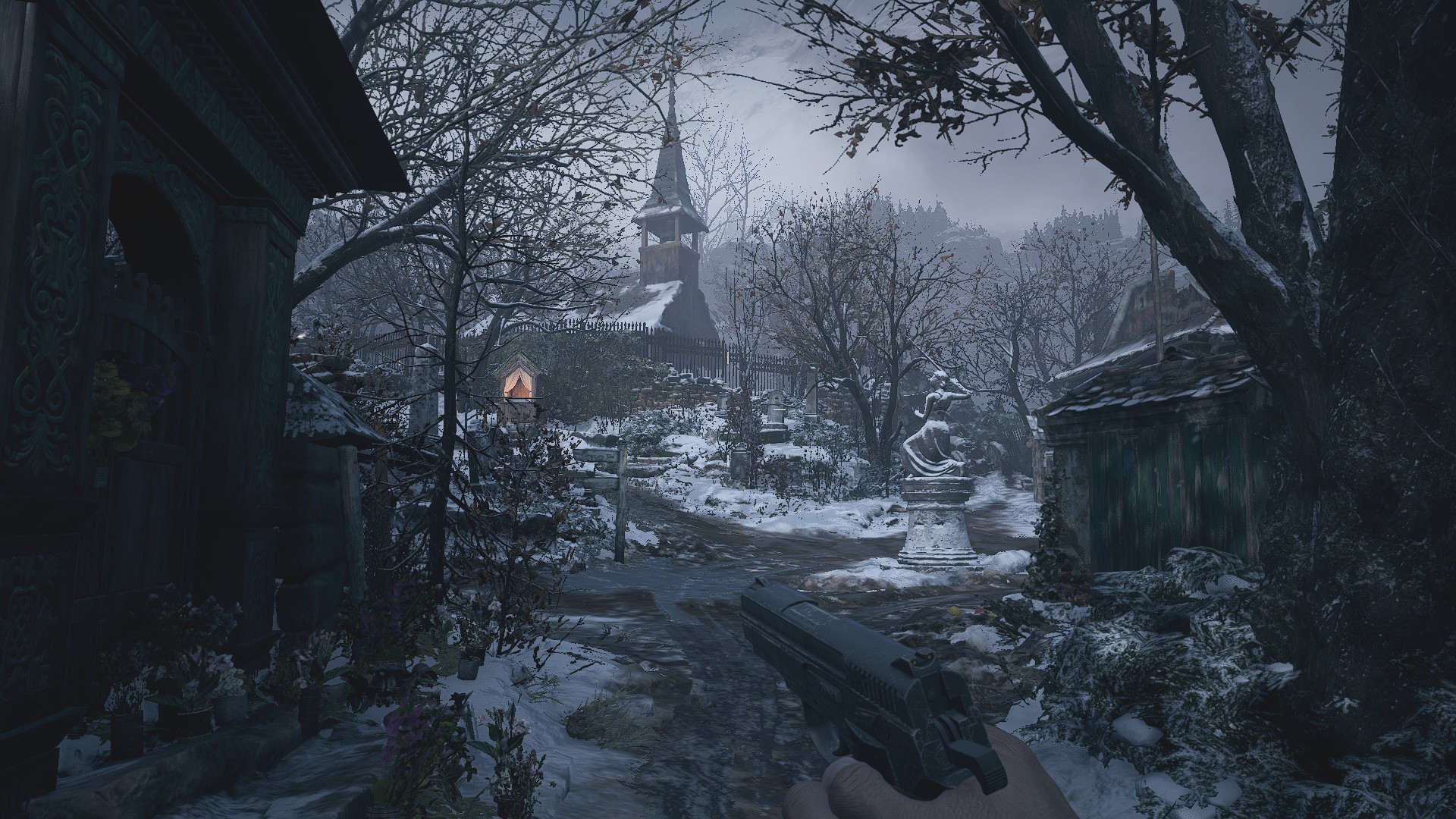 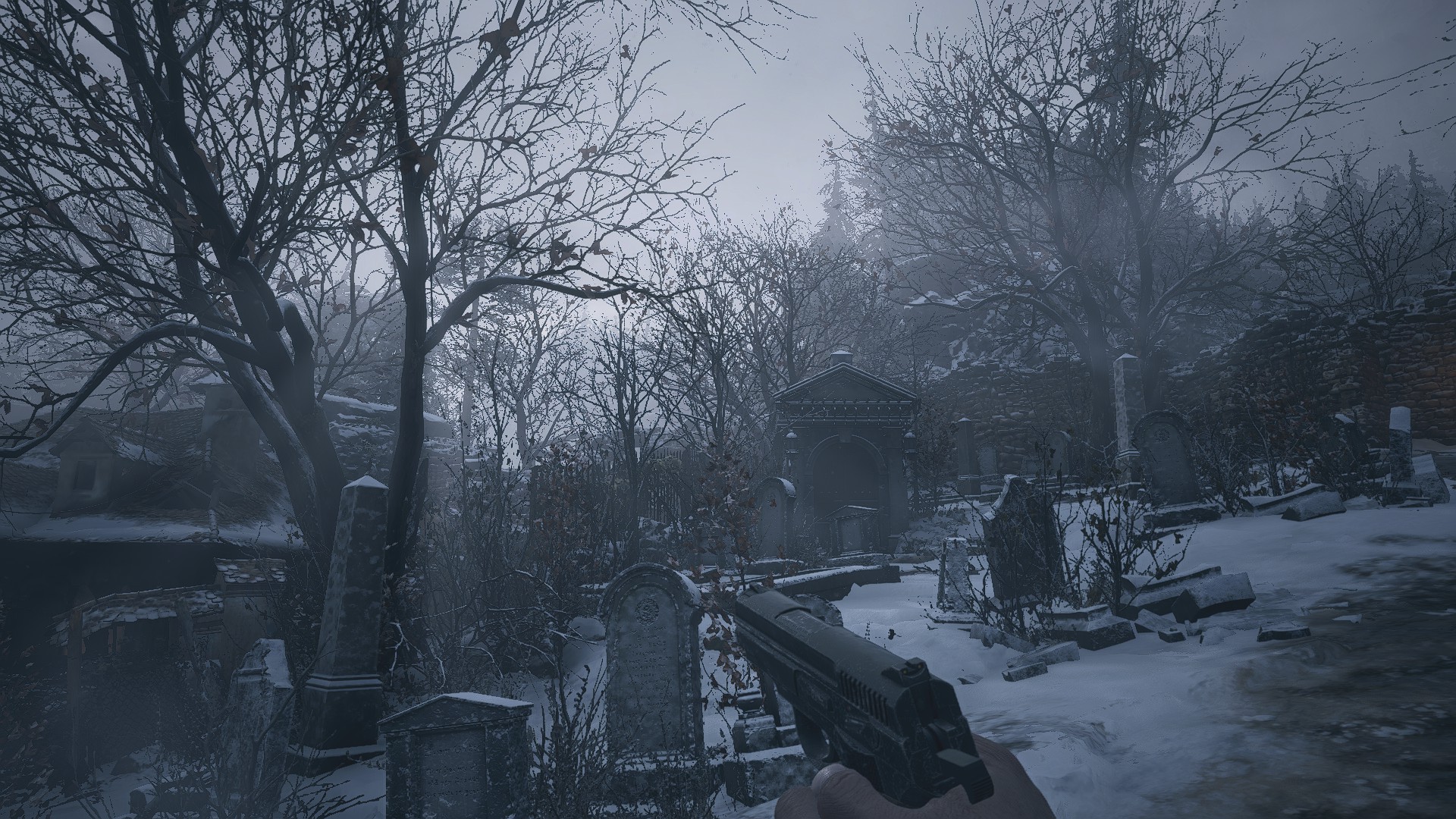 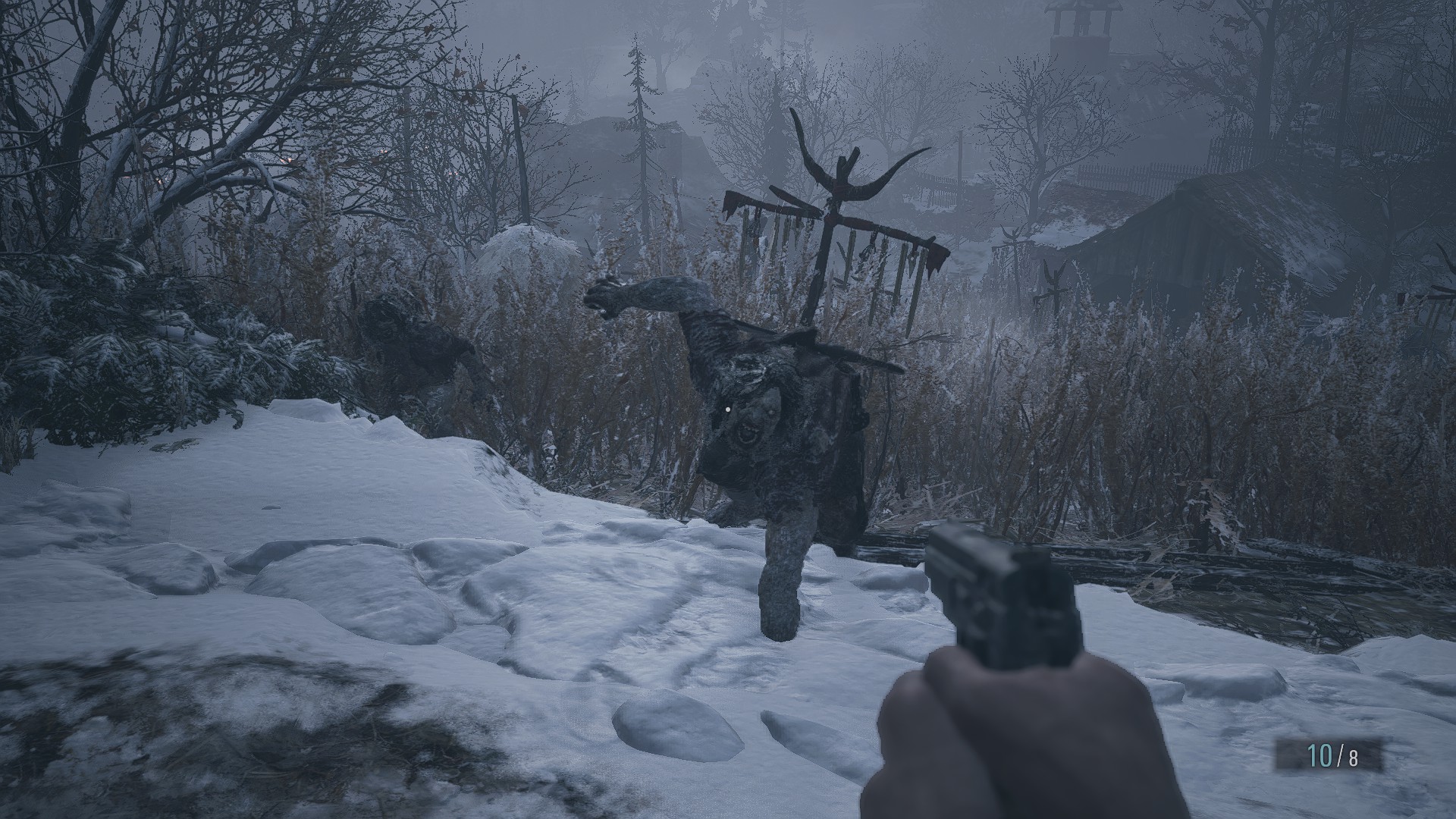 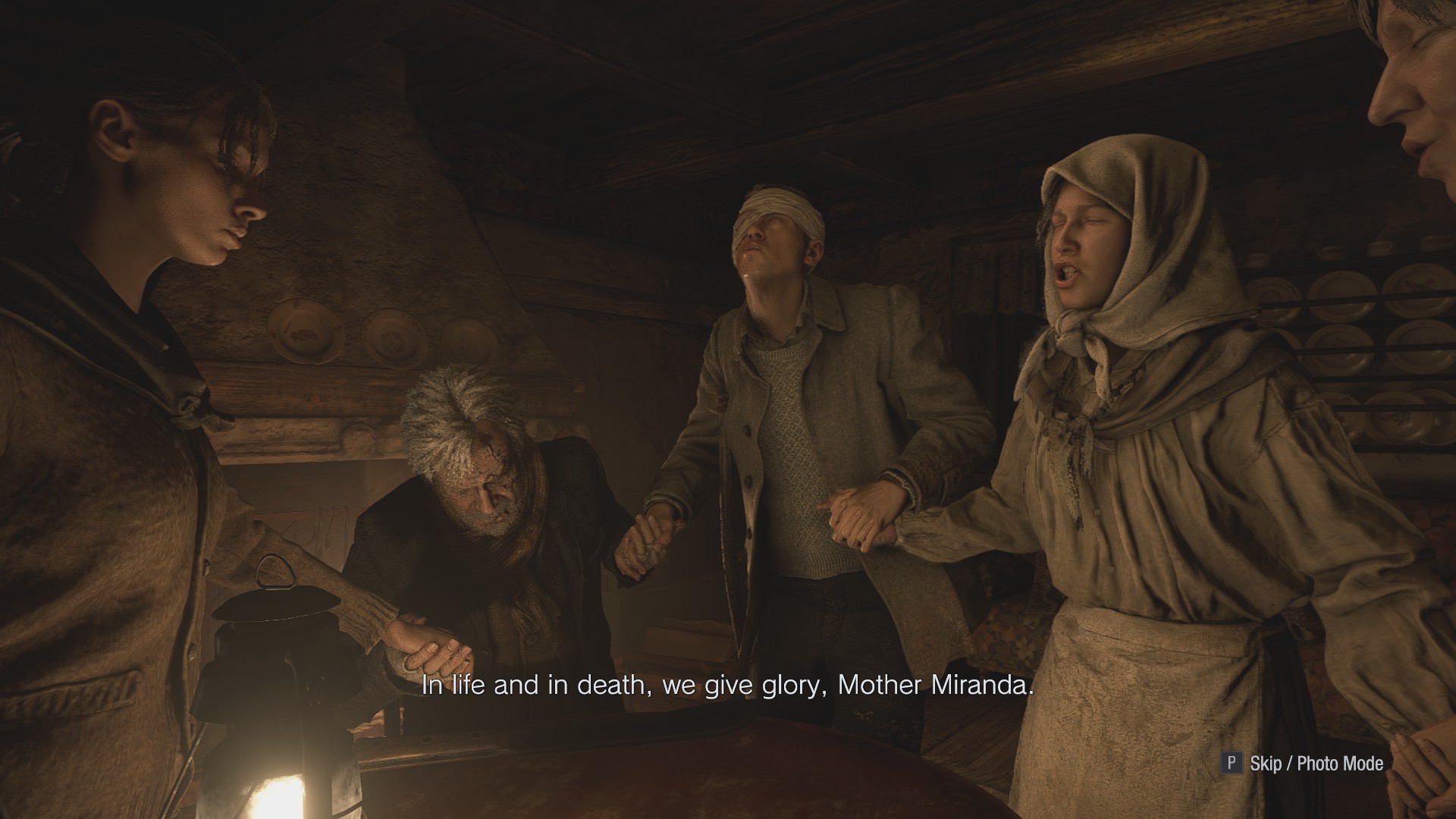 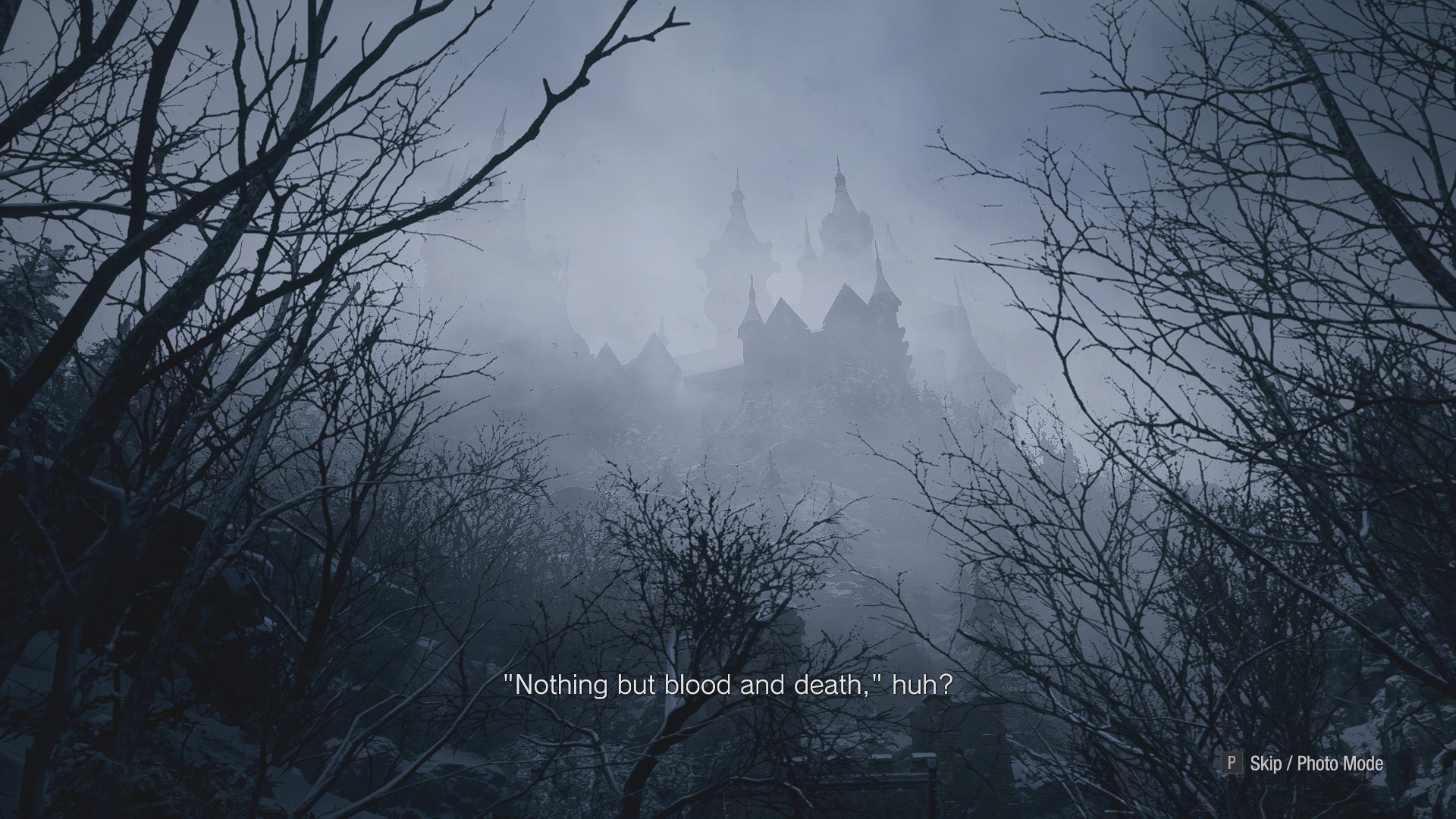 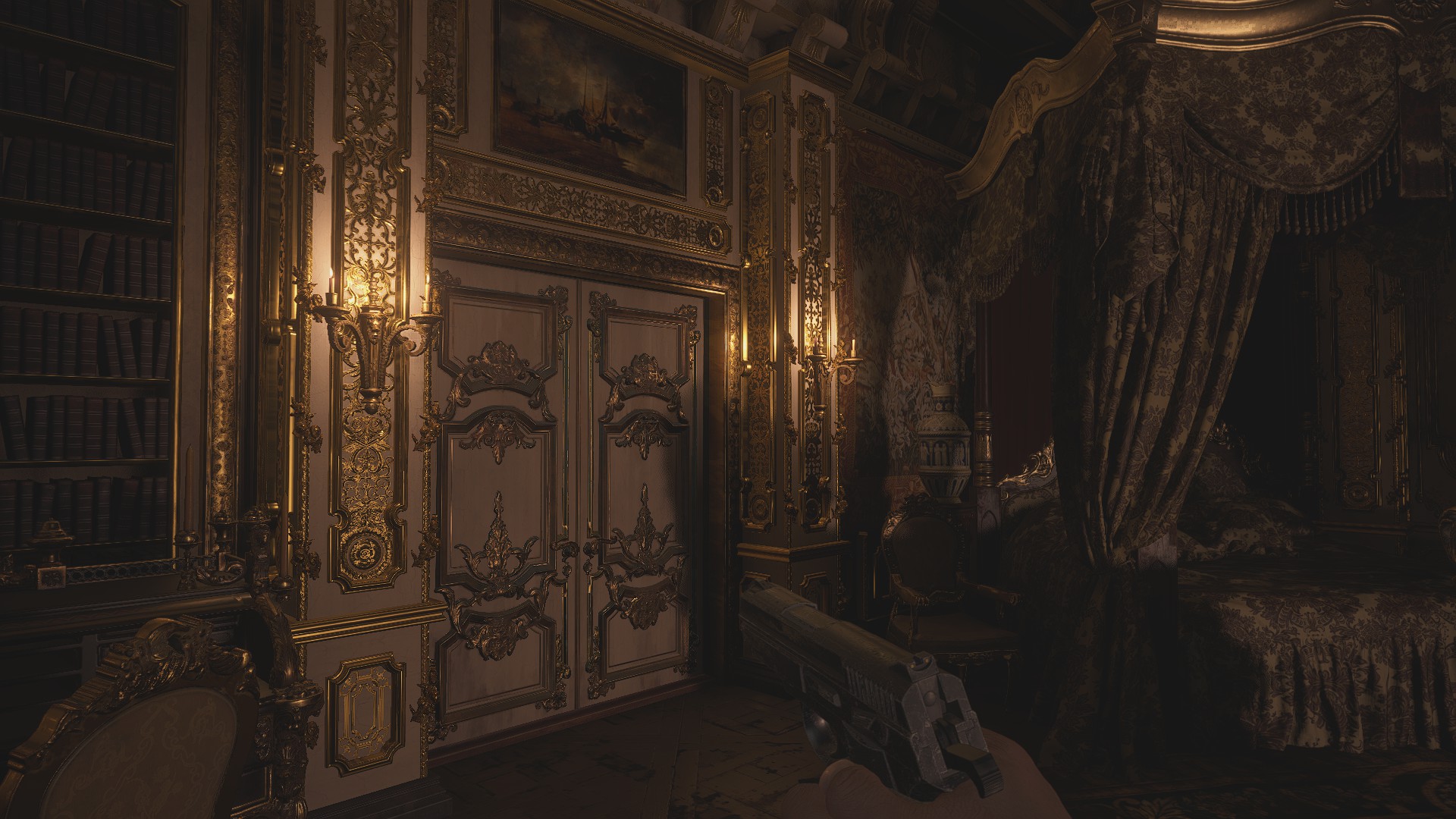 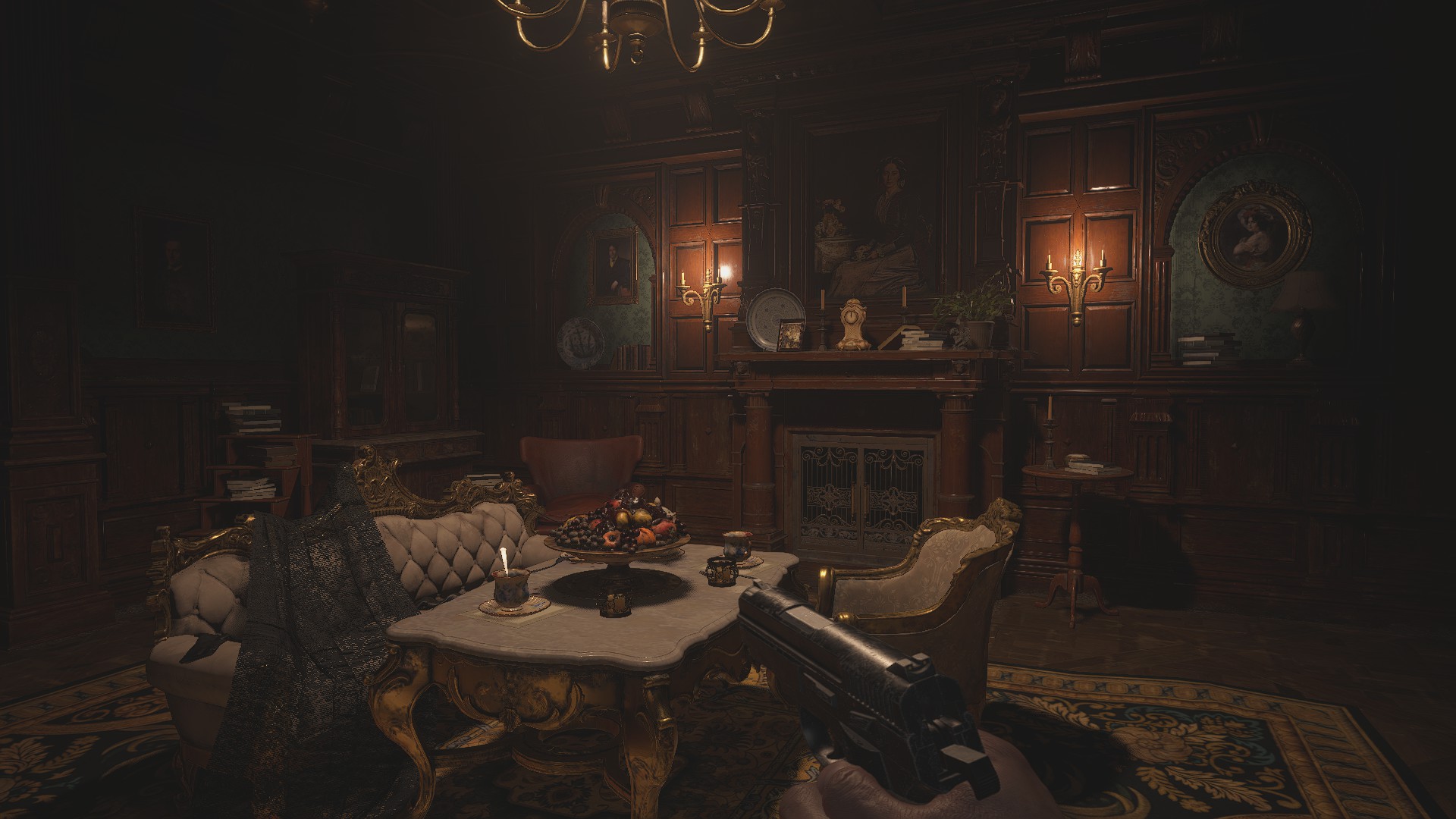 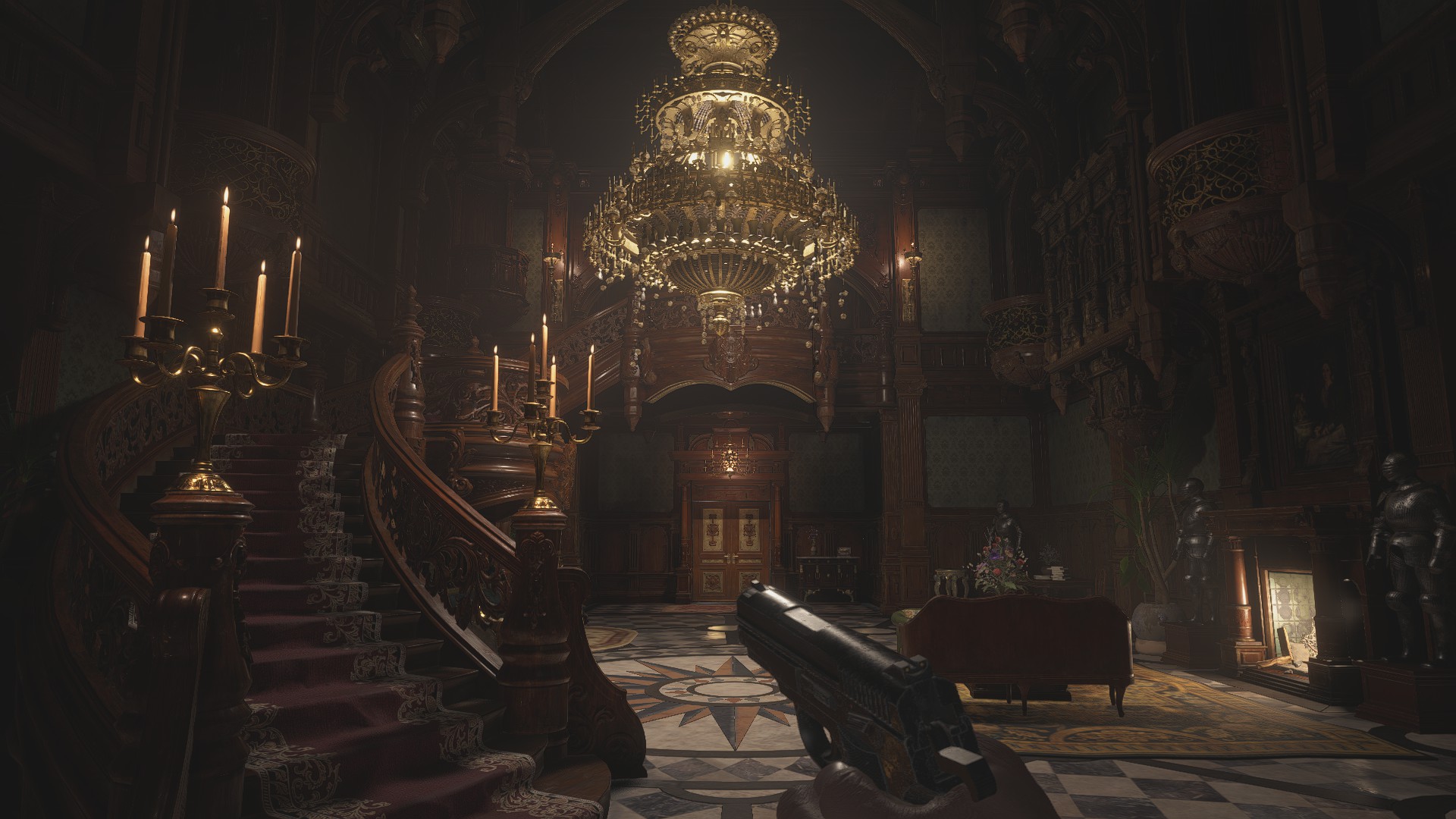 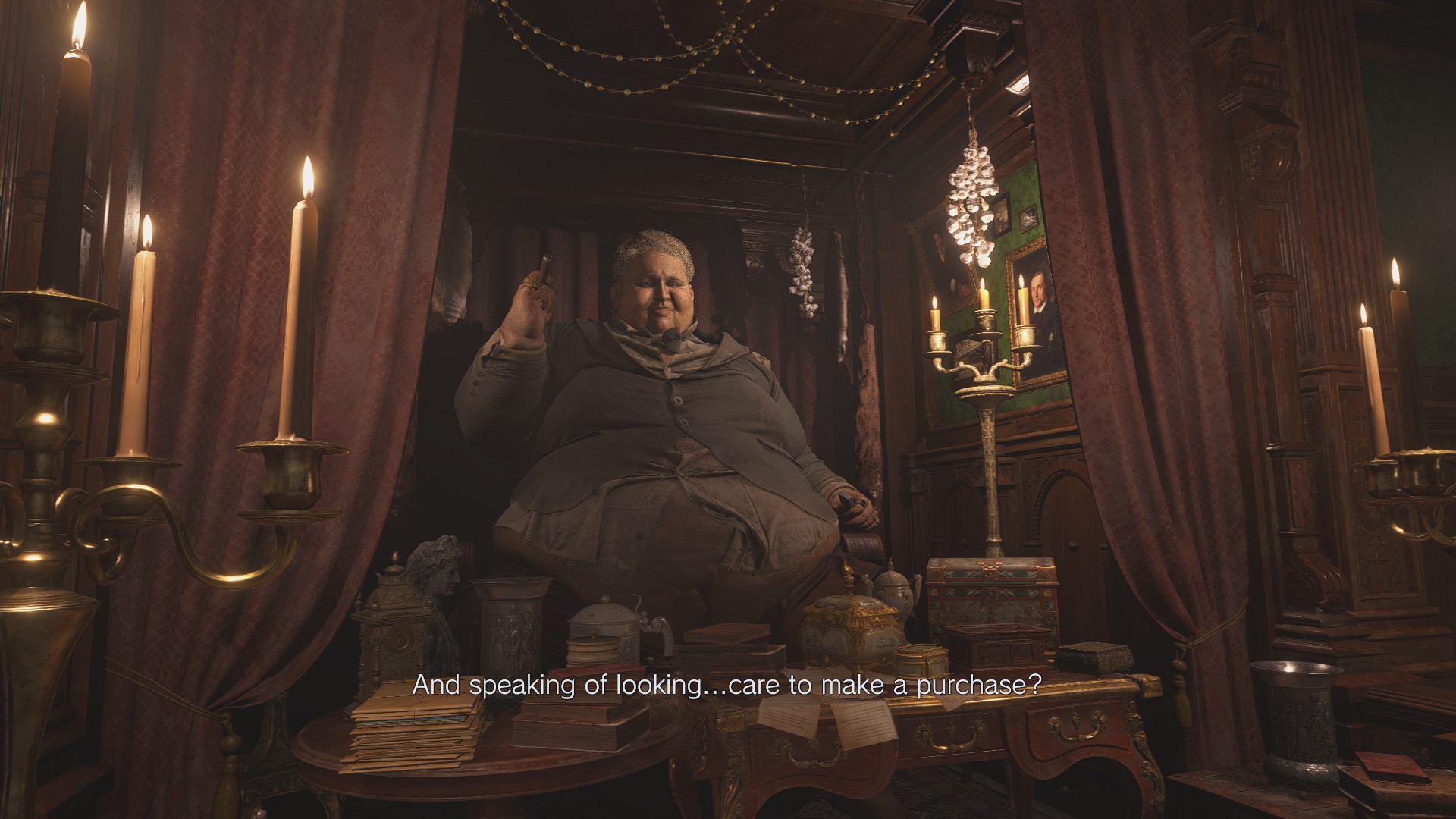 Enter Lady Dimitrescu’s creepy castle, run by her and her three insect-controlling daughters, its many secrets begging to explored

Regardless of which demo you play though, it goes without saying that RE8 is a beautiful looking game – the screenshots above say it all. Powered by Capcpm’s proprietary RE Engine, the game renders a richly dense, detailed world with a near-realistic atmosphere thanks to the impeccable lighting and materials. Definitely one of the best looking games I’ve played to date. As expected, it’s very well optimized too; running at Med-High settings at 1080p on an Intel Core i5-8300H, 8 GB DDR4 RAM & GTX 1050 (4 GB), the frame rate ranges from 44 FPS on average (outdoors) to a smooth 60 (indoors).

The sound design is solid and meaty too, with Ethan’s ragged breathing and every creak of a rundown village house amping the atmosphere up to 11. The gameplay is fully first person, akin to RE7; Ethan initially starts off with a handgun, some first aid and ammo – all accessible via an RE4 style inventory. Consumables found in the environment through exploration can be used for crafting items. Key items can also be found which help in solving puzzles to aid progression. There are some enemy encounters in the demo which allow the player to get a feel for the combat, which admittedly is a bit lackluster; it doesn’t feel punchy. 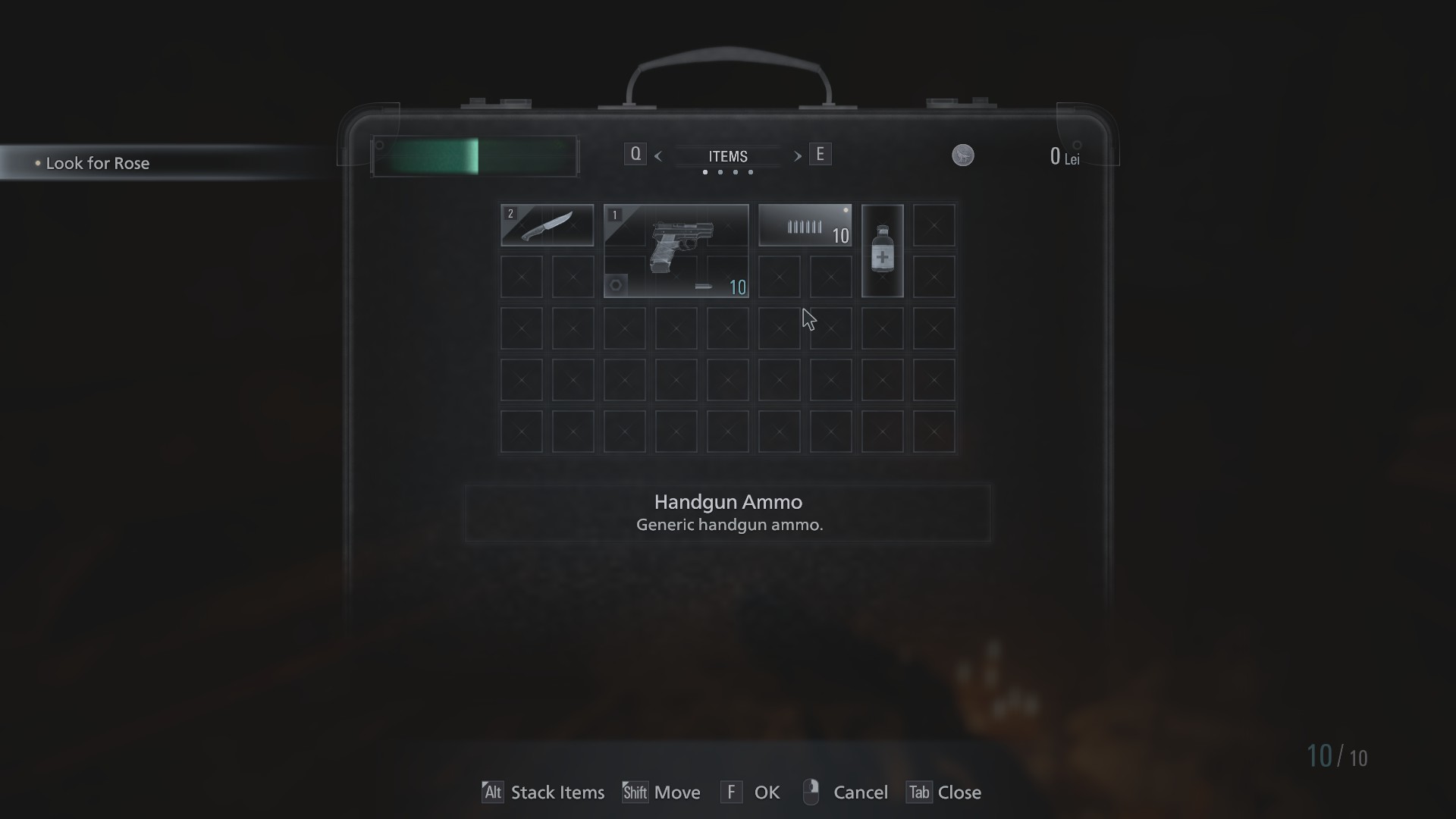 In a nutshell, Resident Evil Village is your typical RE affair – and I’m not complaining, because it works well. There are some odd points of interest in the environment which can be interacted with, but don’t have a solution – not in the demo at least, since these are a part of the puzzles in the full game, so don’t fret. The Castle also has a vendor NPC, the chonky “Duke” from whom Ethan can purchase supplies and weapons.

I do have one problem though: the timer. Yep, the entire demo is time-restricted to an hour; meaning the player will only have 60 minutes to wrap up BOTH scenarios. Once it hits 0, the demo can no longer be played – so the player can’t really take their sweet time ogling at the neat visuals or scan every nook and cranny to their hearts content. Absolutely terrible decision on Capcom’s part, I have to say. 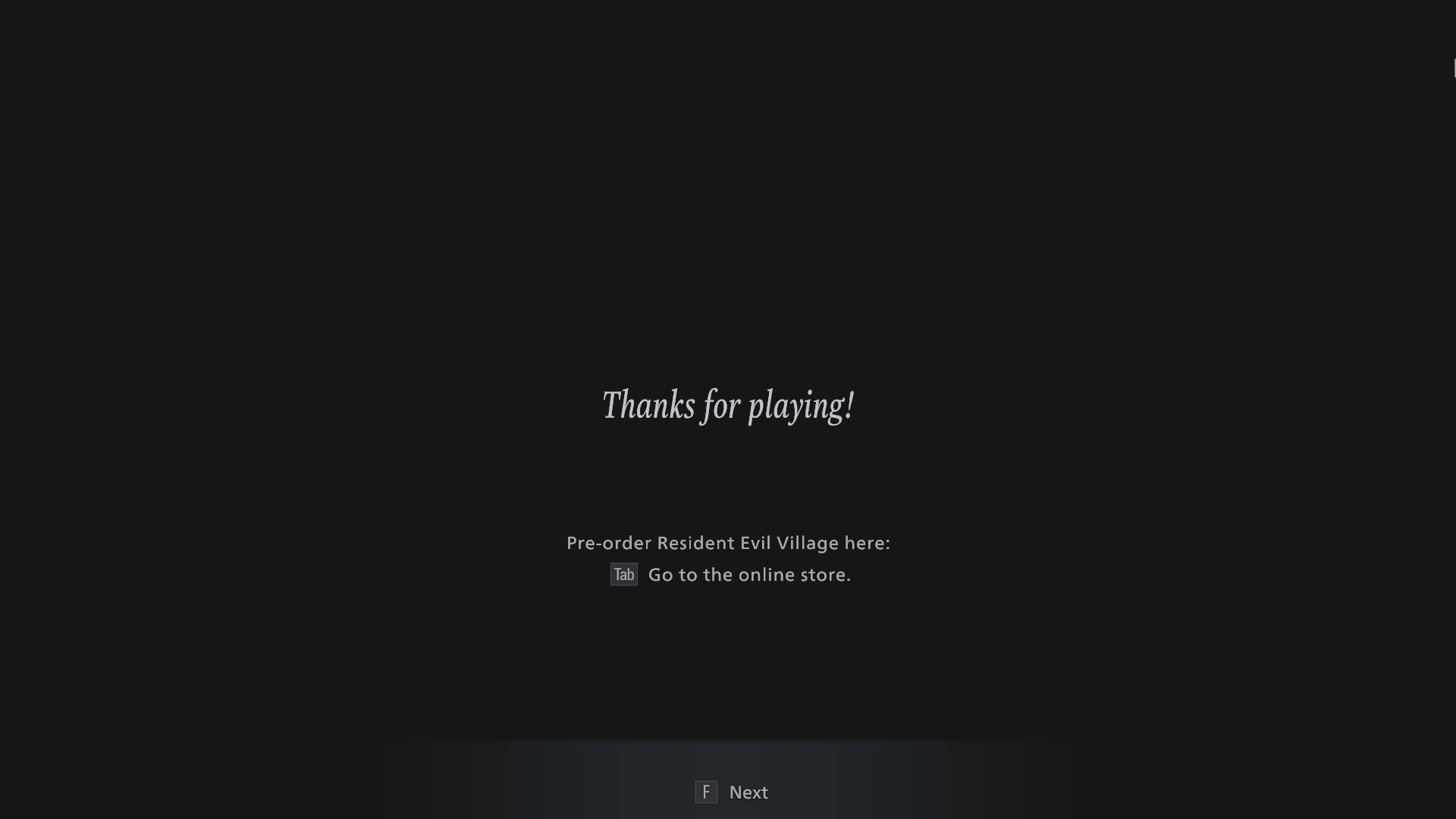 That aside, I REALLY liked what I played, even though it was a somewhat inadequate experience in the end. It certainly looks like we have another hit on our hands. For those of you who beat the demo, what are your thoughts? Are you buying the full game?