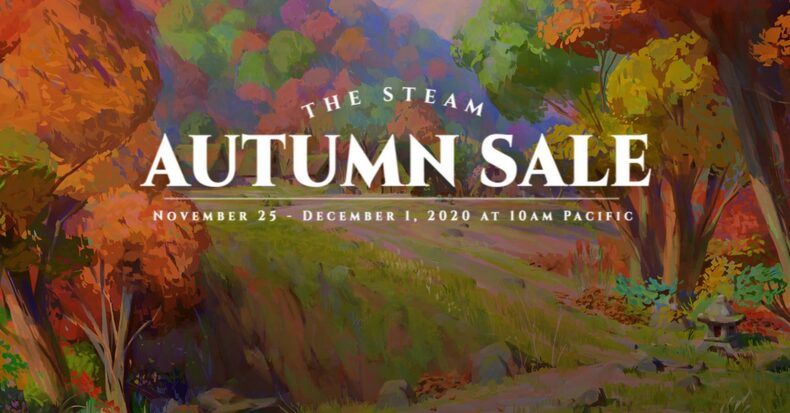 The Steam Autumn Sale is live right now, bringing along a wave of incredibly tempting deals on a variety of games. There are too many scrumptious offers on display so we’ve narrowed down 7 games that are simply a steal at the historical low pricing they’re being sold for.

Fancy experiencing one of our GOTY 2020 nominees at a nice discount? Yep, ID Software’s latest masterpiece is at a hefty 67% off. If you can splurge a little more, you might want to consider getting the Deluxe Edition – including two campaign expansions and a battlemode. Having played the first DLC in parts, we can affirm that the expansions will be worth it. All in all, Eternal is a fantastic ride of gore and chaos, one that you do not want to miss out on.

This is probably the most value-packing title on this list. Halo MCC brings to you 5 acclaimed games from Microsoft’s renowned FPS franchise. While it originally launched to a rough start with technical hiccups, MCC has now become one of the most sought after bundles on Steam. At a humble 35% off, it’s still a good deal for 6 games in one package.

It wouldn’t be an exaggeration to state that Larian Studios’ 2018 CRPG is one of the best games in its genre this decade. A solid, synergetic combat system paired with free-form design approach to quests and interactions. Add in full-blown 4 player co-op in to the mix and you couldn’t ask for a better deal at 60% off.

The Megami Tensei games have always been must-haves on consoles they’ve appeared on. In light of fairly recent mainstream popularity with Persona 5, publisher SEGA has finally decided to bring the series to PC. Yes, it’s a PS Vita port, but Persona 4 Golden is a great entry point for newcomers to the Persona sub-series, with its signature high school drama setting and turn-based demon-slaying adventures. Grab it at 33% off.

Perfect sequels are far and few in between. Ori and The Will Of The Wisps is certainly among the few. The prequel, Blind Forest was a nigh perfect game with its set-pieces, music, platforming and visuals. With Will of The Wisps, developer Moon Studios has thrust the Ori franchise into the major leagues. Initial performance woes aside, it built upon everything that the original did well and addressed the one issue many had with it – the combat. With that issue fixed, Will Of The Wisps is a fun ~12 hour romp that will stay with you. At 50% off is a more than welcome price tag.

The Deus Ex franchise holds a special place in our hearts. Human Revolution is no exception. With its dark but scarily realistic portrayal of the future, it is an amazing cyberpunk stealth RPG that holds up to this day, 9 years post-release. At a massive 85% off, it’s a must-own for any sci-fi video game fan. You might want to check out the Deus Ex Collection as well if the game piques your interest.

Indie games don’t often see mainstream recognition yet when one does, it is fully deserved. Hades from Supergiant Games is such an example. It’s one of the crowning titles of 2020, easily up there with other big releases this year – and we can vouch for it. If superbly executed hack & slash roguelites are your thing, then go for it despite the small 20% off discount. We understand the sentiment of “It’s going on discount for the first time, obviously it’ll be the lowest”, but this game deserves all the love it gets.