by Siddharth Patil on May 15, 2018
67
0
previous article
Stories: The Path Of Destinies Is Free On Steam!
next article
(RUMOR) Pokemon Switch Details Leaked? 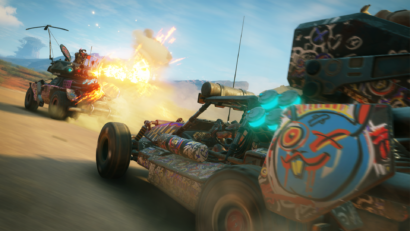 Following the recent Walmart Canada leak, publisher Bethesda started dropping hints about one of the titles mentioned in the leak: Rage 2, to be precise, followed by official reveal of the game via a teaser trailer.

Developed by ID Software in collaboration with Avalanche Studios, this sequel to 2011’s cult-classic first person shooter Rage, looks to be even more action-packed with an injection of drug-induced high and – in contrast to the original game – is touted to be a “true open world FPS” experience (and we’re sure Avalanche’s development expertise with Square Enix’s bombastic Just Cause series would help a lot in this regard).

It’s coming to PC, PS4 and Xbox One; no word on a Switch version yet though. Are you excited?