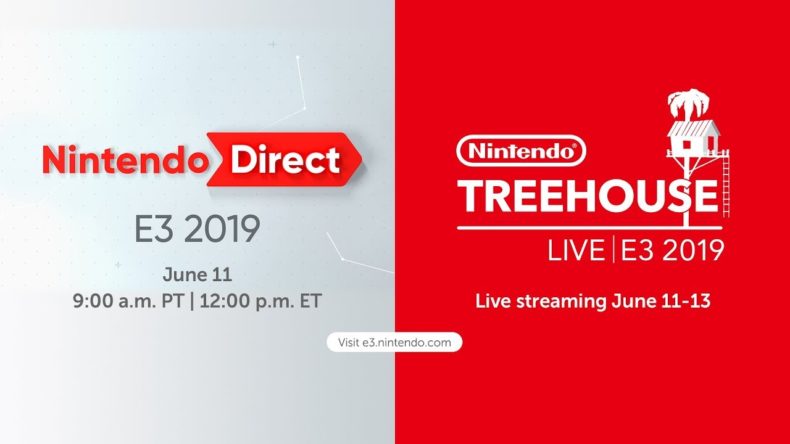 The Big N’s much awaited E3 livestream Direct is here, and we have to say, they dropped some genuinely surprising announcements. You can watch a reel of all announcements below:

Here’s the rundown on most of the major ones:

A genuine shocker, especially the latter who have been clamored for a Smash debut since like a decade now. Heroes of various Dragon Quest games (11, 8, 4 and 3) will be released in Summer 2019 while Rare’s beloved bear-bird duo will be available in Fall 2019.

Mario’s younger bro is back in action with Luigi’s Mansion 3, with brand new abilities as well as online co-op this time around – and the franchise has never looked more visually stunning. Get ready to be spooked…sometime in 2019.

Coming August 30, 2019, this looks to be Nintendo’s most promising IP in a while, and the brand new trailer has us excited even more – it’s by Platinum Games, after all; the masters of the character action genre. Battle against an interdimensional invasion on August 30, 2019.

Three Houses is everything a Fire Emblem fan could ask for: a true, modern version of Nintendo’s fan-favorite medieval SRPG. But will it live up? Only time wil tell. Meanwhile, brace for some gripping tactical action on July 26, 2019.

Fans have been begging for details on the E3 2018-announced Animal Crossing since a while, and at last the devs have heard their prayers. Subtitled “New Horizons”, this will be the first home console entry in the series since Animal Crossing: City Folks on Wii. Unfortunately it’s been delayed to March 2020.

While not technically a new game, its a welcome addition to the Zelda franchise – with new additions like a (limited) dungeon maker. Return to Koholint Island in full HD on September 20, 2019.

Not too surprising that GOTY 2017 is getting a follow up. This sequel looks to amp up the ante as the haunting trailer suggests. Release TBA.

Seems like the rumors were true… CD Projekt RED’s acclaimed 2015 RPG based on the Witcher universe is actually coming to Nintendo’s portable console this year, and it holds up surprisingly well compared to the other versions in terms of visuals – one more game added to the list of Switch games deemed technically impossible considering the hardware. Coming sometime in 2019.

Suda51, the maker of underrated gems like Killer 7 and No More Heroes is renowned for his whacky game ideas… and he’s coming back with a brand new, third game for the NMH series – another well clamored entry at the top of many fan’s wishlists. Release window of 2020.

Two of ID Soft’s much-hyped first person shooters will blast their way on to the Switch. While the expanded sequel to Doom 2016, Eternal doesn’t have a release date, expect the co-op centric Youngblood to drop on July 26, 2019.

Now THIS is something that NO ONE saw coming. Sega’s beloved cult classic swoops down as a modern reincarnation thanks to Forever Entertainment. Coming Winter 2019.

What are your thoughts on Nintendo’s E3 lineup? Did it meet your expectations? Sound off below.