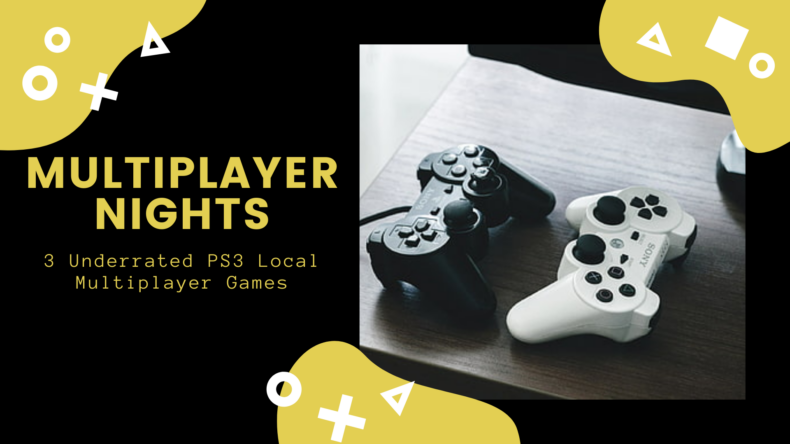 The PlayStation 3 began life as a pretty divisive console, it came with a hefty price tag and numerous yellow light related issues. It was a little ugly, and even bigger than the original Xbox. Not long after its release, models were cut back to no longer include PS2 backwards compatibility, and the Xbox 360 was thrashing it for a good while in the sales charts. Kicking off with titles like Lair also didn’t help the system, and many people say the Sixaxis stuff as too gimmicky. Fortunately, the system soon found its feet and went on to best the competition by the end of the generation, much to the dismay of Halo players the world over. Lets look at some local multiplayer games for the PS3 that’d make your night.

Something that the seventh generation really dropped the ball on was local multiplayer gaming. Couch co-op was quickly becoming a thing of the past, and split screen – forget it! Games companies could make much more money selling two copies of their game as opposed to just one, and it felt like the beginning of the end. Luckily, there were still a few solid titles mucking about under the surface, and today, we will be taking a look at just three of the games I thought were fantastic to play with a friend, if a little underrated. 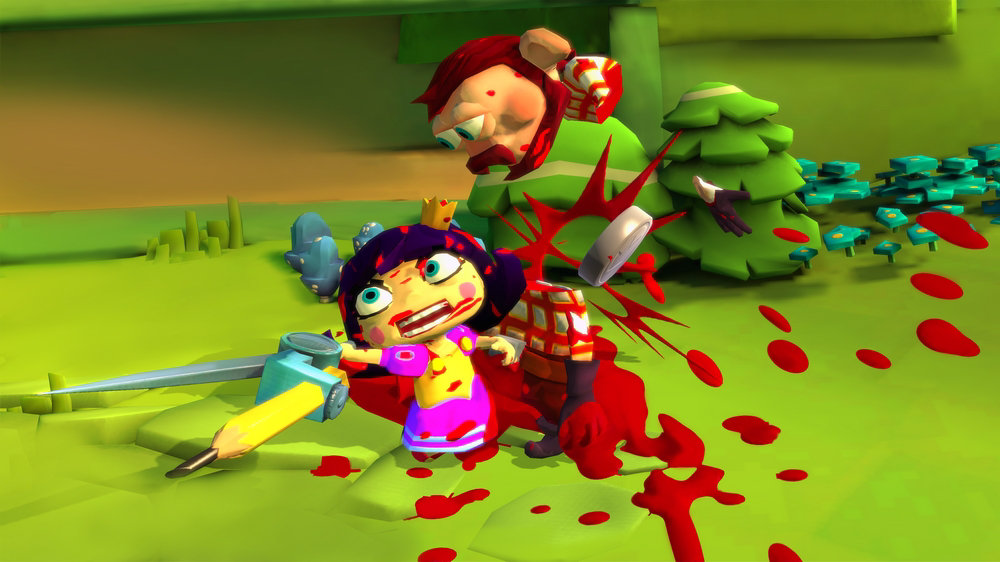 I remember watching the trailer for this title when it first dropped and being so excited for it, and I also remember selling my PS3 a couple of months after the demo came out to focus my money elsewhere. I know, I was an idiot. After picking up a PS3 again a few years later, I saw this game on a shelf and had to pick it up. What had I missed out on?

Four player co-operative, competitive bloody action. A storybook, fairy-tale setting garnished with intestines and dark humour. One hell of an experience to share with a partner or three. Players chose a fairy-tale character and must then reclaim their fame, by performing brave tasks and quests across the realm. This gorefest is filled to the brim with great environments and enemies – and even a few insane boss fights against a real who’s who of the fairy-tale world. The Pied Piper and Pinocchio being stand outs.

Boasting a humongous assortment of weaponry and an even bigger personality, Fairytale Fights should’ve performed a lot better critically and commercially than it did, but instead Playlogic’s game was immediately cropping up in bargain bins upon release due to a lack of marketing and coverage. Playlogic’s bankruptcy was imminent, and the game just fell into obscurity, along with the companies’ entire back catalogue – Gene Troopers anyone? Cyclone Circus? I thought so.

Fairytale Fights is well worth it for those of you who can’t get enough of skidding around the floor in a pool of your enemies’ blood like you’re at a school disco in the early 2000’s. Cutting people in half has never felt so rewarding, and wholesome.

The Lord of the Rings: War in the North (Snowblind Studios, 2011) 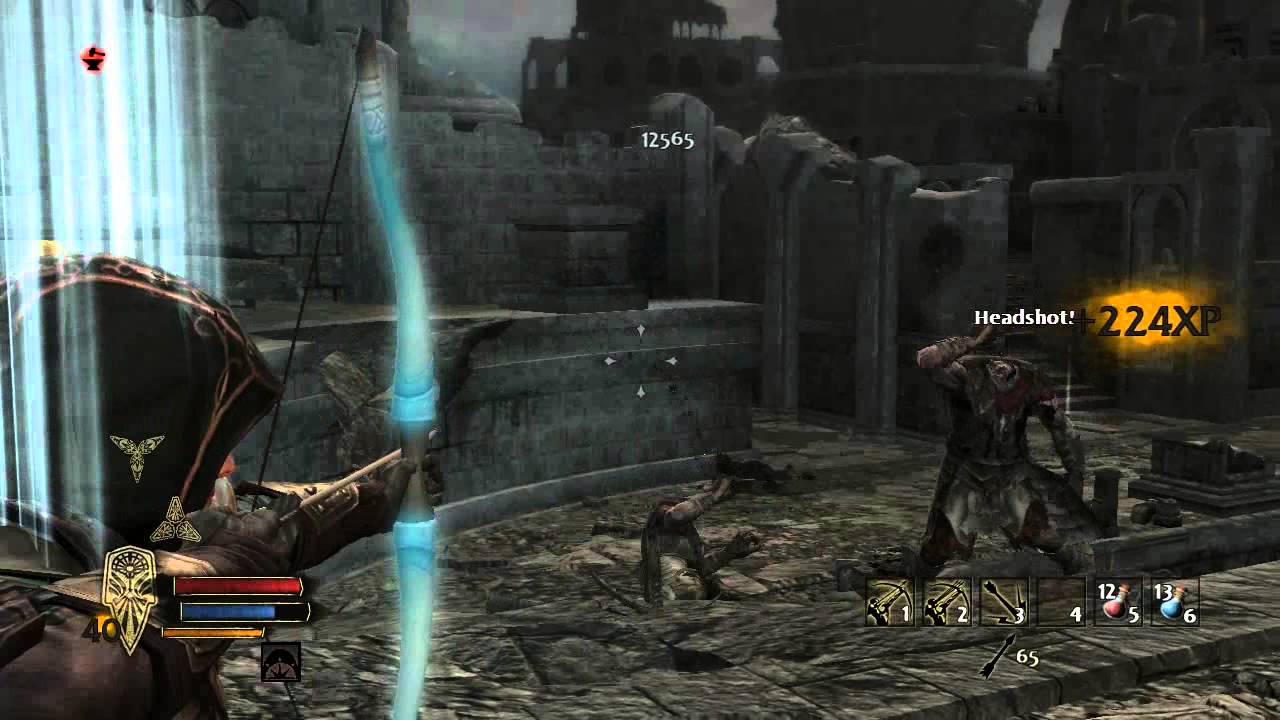 A game with a bit more of a serious tone, but a bloody good game none-the-less, Snowblind Studio’s take on the Lord of the Rings franchise was a strong one. Feeling like a continuation of the hack and slash greats Electronic Arts put out on the PS2, War in the North allows for two player local co-op, or you and your friend can team up with one other player online to form a trio of Elf, Dwarf and Human warriors.

Featuring an awesome loot system and powerful critical attacks that can split an enemy in half at the waist, War in the North does not try and keep in line with the age rating the Peter Jackson trilogy received, and that’s a great thing. It allows for the combat to feel punchy and super-satisfying. Boss battles are aplenty and mini-bosses can really test your ability to communicate and work with your co-op partner in order to dispatch. At times, War in the North will throw multiple armoured trolls your way, and if you’ve not been careful you might have a little trouble in the health potions department during these sections. The game can be really hard, but the challenge is rewarding enough to keep you pushing through.

The PS3 has a good amount of decent co-operative Lord of the Rings experiences, with Battlefront-esque Conquest and the simpler Aragorn’s Quest both having their fair share of fans, but War in the North is arguably the best the system has to offer for those of you wanting to test your mettle against Middle-Earth’s most powerful foes. Good luck with Tharzog! 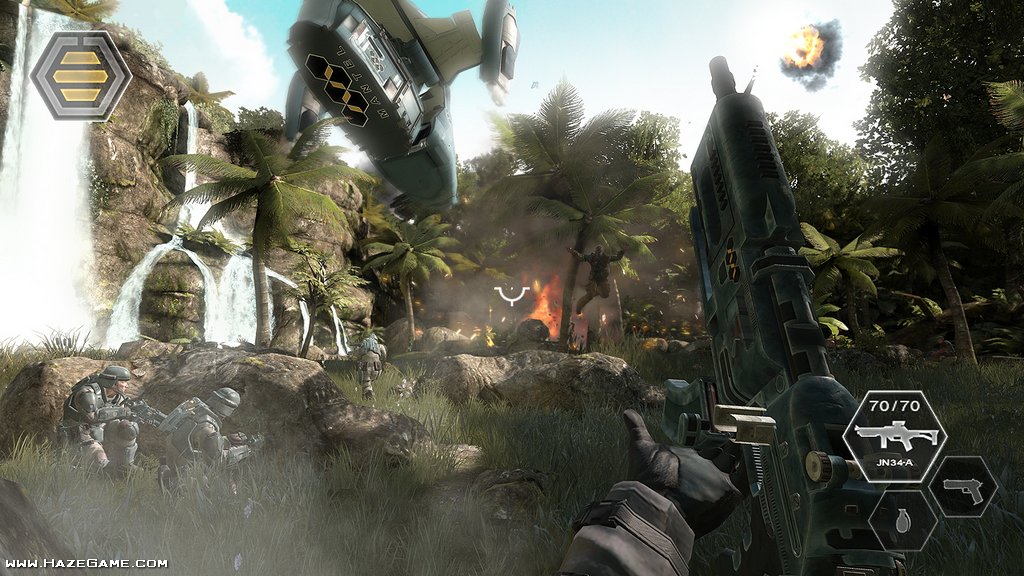 A victim of the hype train. Haze was Free Radical’s first game after a stellar track record with the TimeSplitters trilogy, and was destined to receive some blowback because of that. Free Radical’s earlier non-TimeSplitters effort, Second Sight, had been met with less than a perfect response commercially and critically, and Free Radical were coming off the cancellation of Star Wars Battlefront III, which would’ve been their highest profile development to date. Haze was a big risk.

Touted by the media, and Sony, as ‘Halo Killer’, Haze quickly drew the ire of Xbox players, and the Sony players that wanted TimeSplitters 4 weren’t exactly jumping for joy at the concept of the FPS. I was, if that helps. As a huge fan of TimeSplitters: Future Perfect, I was excited to see what else Free Radical could do with the genre – especially with a more serious tone. I bought Haze on launch day and still to this day do not regret that decision.

Haze has a full co-operative campaign, and a multiplayer mode that is so easy to have fun and mess around in. I have many memories of hiding up in a tower with my brother in one of the levels, with him sniping enemies from the windows and me with a shotgun primed and pointed at the ladder, which happened to be the only way up to us. We would set the enemies on the hardest difficulty setting, and put all 14 or so bot slots on the opposing team. We basically created our own horde mode out of the Team Deathmatch mode, and would use the fantastic rebel abilities to feign death if we ever got into too much trouble.

I have great memories with Haze, and no matter how much the media bitches about it being ‘one of the worst games of all time’ (The Guardian), I will never bow nor break. Haze is pure unadulterated fun in all its yellow-coloured glory.

Know of any other underrated multiplayer PS3 games? Let me know, and I’ll be sure to dig around for a copy and call a friend over!