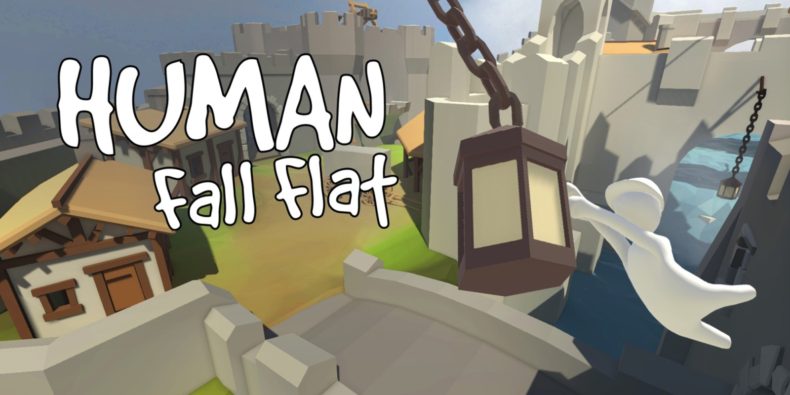 Producing just 5,000 copies per title, Super Rare Games puts quality over quantity, and its physical editions of successful indie titles will feature beautifully printed packaging and high-quality trading cards. These cards will be blind-boxed, with just 125 signed by members of the game’s development team, making them highly collectable – a must-have for any indie enthusiast! For Human: Fall Flat, the collectible cards will be signed by the game’s creator, Tomas Sakalauskas.

Super Rare Games is also producing an extremely limited run of just 500 copies of the Human: Fall Flat soundtrack, printed on to 12-inch vinyl. Human: Fall Flat launched onto the Nintendo eShop on December 7th, 2017, and recently surpassed two million sales worldwide, fast becoming a favourite of YouTuber and Streamers due to its hilarious, slapstick, co-op comedy. Human: Fall Flat is a is an open-ended, physics-based puzzle game in which you take control of Bob, helping him resolve the mysteries behind his recurring dreams of falling.

Simon Byron, Publishing Director at Curve Digital, said “Human: Fall Flat has been Curve Digital’s biggest Nintendo Switch digital release, so we know demand for this wonderful collectors’ edition is going to be huge. Given the game has sold over two million copies on all formats since launch and this is the first time it’s ever been available as a physical release, these 5,000 copies will be highly treasured and hugely collectible for years to come.”

Pre-orders are live at www.superraregames.com now.