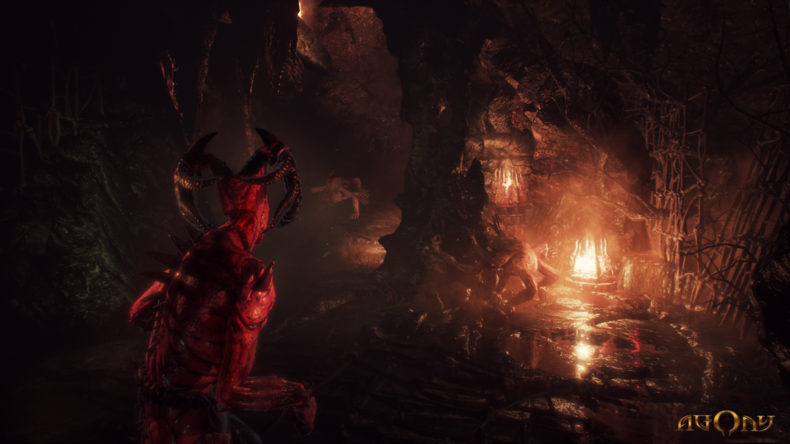 Agony, the upcoming game by polish studio Madmind was always shown to be visually and thematically, not for the faint hearted, due to which they have recently been in trouble with the ESRB rating board where they were forced to cut content to satisfy the board into giving the game a ‘M’ rating rather than a ‘A’ rating which would have prevented it’s release on the consoles.

As a result of censoring the game, people inside the community who wanted to experience some exotic material started rolling up their sleeves. The developers then announced via Kickstarter, that they would be releasing a Censorship removal patch for PC and would allow console players to switch to a PC version if they wished to which put the sleeves back in the right place (Temporarily at least). Sadly enough, there is a high probability that the patch won’t make it’s way to the gamers “officially”.

A recent post on the developer’s Discord states that they wouldn’t be able to release the patch due to legal restrictions by the Entertainment Software Restriction Board and if they do, they might face the danger of having to close down.

Now, we all know how the PC world works. There is a hidden naughty li’l Deadpool in every one of us and there is no telling where a certain leak came from in the form of a mod. (Shh…. I don’t want the ESRB any bright ideas).