Yakuza: The charm of virtual Japan 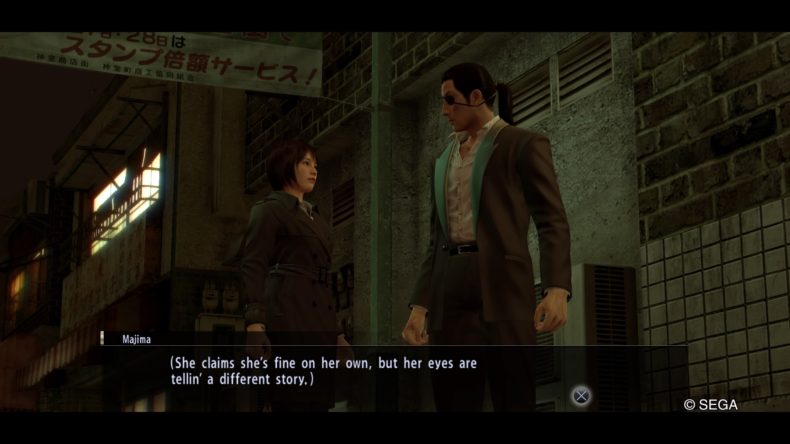 I came into the Yakuza series fairly late. Having missed the entire series during its PS2/PS3 heyday, where it managed to acquire a massive cult audience. Like most guys who love jumping on the bandwagon, I finally joined the franchise fanbase when it hit the mainstream– with Yakuza 0 on the PS4. And like those guys, I thoroughly enjoyed the insanely long, often bloated and over the top Japanese mafia soap opera–making me wish why I didn’t jump into the franchise sooner. I tried YAKUZA KIWAMI next and liked it even more. Despite being a less content-rich game, I liked its less bloated nature and much higher difficulty. Also playing 0 and KIWAMI back to back felt really great and seamless. 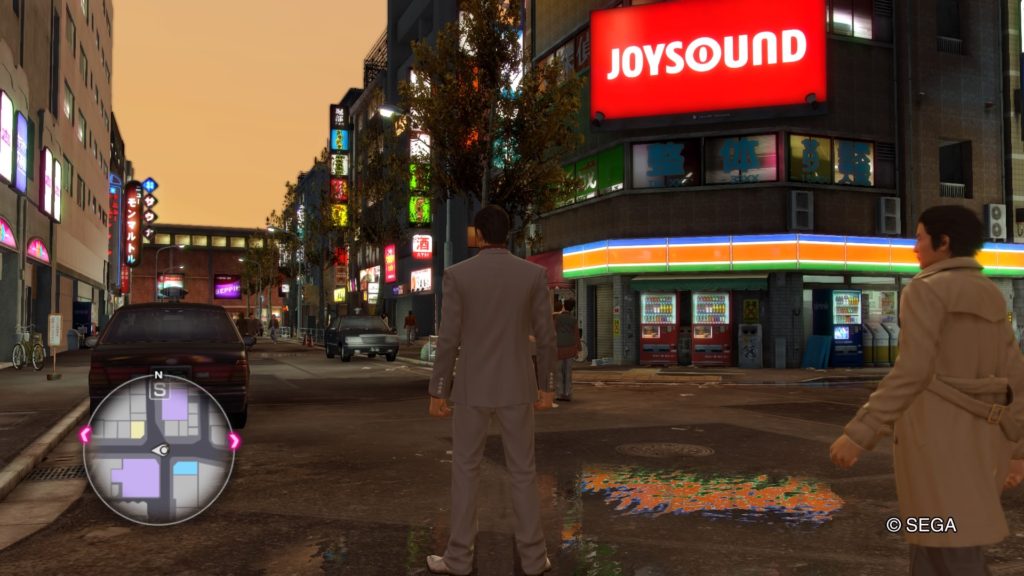 “Its an experience of sights and sounds”

While it’s easy to admire the OTT storytelling, brutal fights and ridiculous storytelling, the thing that I was most taken in was the game’s hyper-detailed rendition of Japan. Both the Kamurocho and Sotenbori districts in both games are chock filled with painstaking detail around each and every corners. It’s so hard to focus on the main quest when there are distractions galore. Each more varied than the last. Mixed with the fact that you constantly keep on discovering new stuff at a rapid rate, be it hidden keys, NPC sidequests within these distractions, there is every incentive to forget whatever you’re doing and scan each and every nook and cranny of this small but still amazing game world.

Now I’ve never been to Japan. Like others, I’m a big Japan fan. And I’m hoping that one day I will get the opportunity to explore the great Nippon with some good friends. Till then, however, these YAKUZA games are the preferred aphrodisiac for that particular desire. It’s so easy to just pop in the disc and ignore whatever the quest objectives are and try and focus on every little detail contained in this particular version of virtual Japan. From the ramen in a particular shop to a particular brand of whiskey to some absurd adult tapes that you can watch—it’s hard not to feel like an actual tourist. Why even bother with the storyline when these games make fooling around with these ancillary side activities so much more addictive. In that sense, YAKUZA is truly a literal toybox.

These games are of course, spiritual successors to SHENMUE– which may be a tad behind the times now, but is still much more OCD in terms of what you could interact with. Time was also, let’s just say…. not compressed in those games, so when you were forced to wait a while in real time before the next objective, you put it on yourself to just explore and goof around. Which in the end, let to a rewarding feeling that probably isn’t there in the YAKUZA games. Still, there’s no doubt that these games are what’s the closest thing these days. Heck, the fact that you can play old SEGA games in arcades just speaks to how much both the games follow the same design philosophy. While it isn’t exactly a revival of SHENMUE, it’s cut from the same cloth. Hell, I say they should make SHENMUE itself playable on one of the Sega arcades in a future Yakuza game.

YAKUZA KIWAMI 2, which I’m currently playing, currently feels like the pinnacle of this sort of thing. Thanks to the power of next-gen visuals, it captures Japan in a way that I’ve never seen any game has. Each and every corner (that you’ve already visited in previous games) seems to come alive like it never has. All of this, along with the lighting builds an atmosphere that has to be felt to be believed. It’s a chunk that is filled with an insane amount of detail, that manages to hold up to intense close scrutiny. 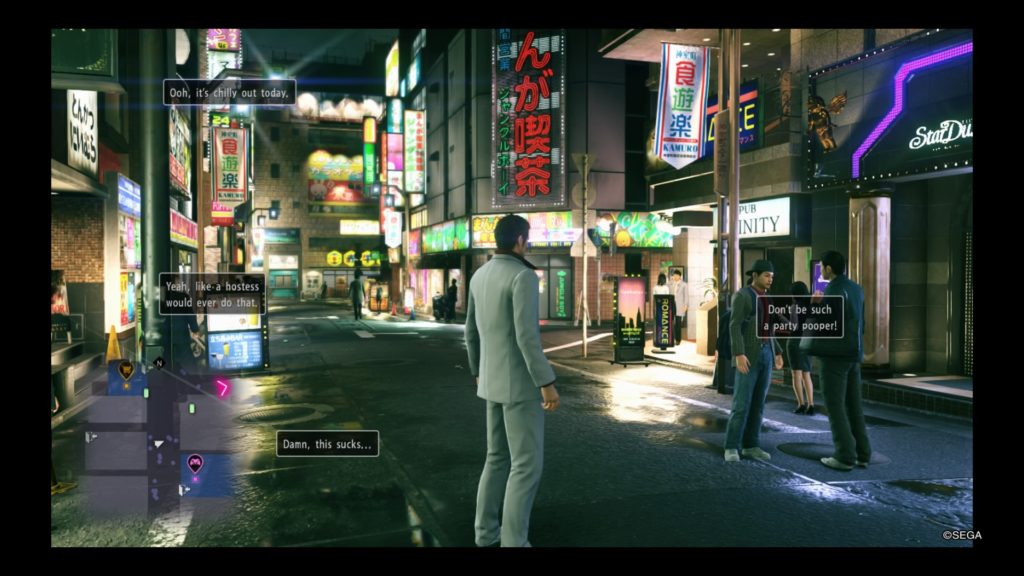 Small, compressed open-worlds have been a big part of gaming discussion in recent times (See: Deus Ex: Mankind Divided), and when pulled off successfully, they can create their own flavour of immersion that’s unlike anything else out there. The YAKUZA games do it better than most. By making seemingly every corner busy and lifelike, and even capturing the sights and sounds.

So when you see and absurd clown-faced man asking for ‘CP’ or a giant jumbo-sized thug willing to rub you, you’re not quite sure whether it’s fiction or reality. Is this how it’s like in Japan? Or is it exaggerated? Via our exposure to Japan through media, we can probably assume that it’s a bit of both–wanting us deeply to plan towards eventually booking those tickets.