Why Fixed Camera Angles Were An Awesome Trend 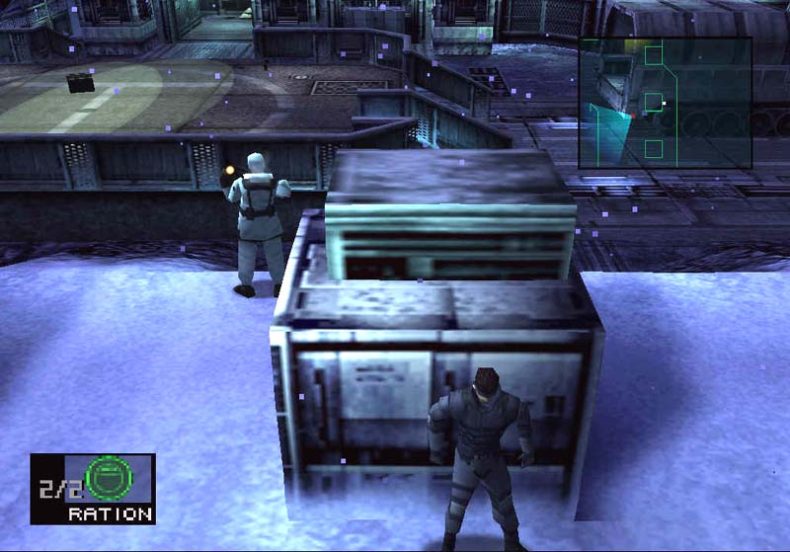 In recent times, a lot of trends that were pioneered in the mid-late ’90s (but then later went away for some reason) have begun to rediscover their popularity. It seems like literally every two months, there’s a new (cool) homage/ throwback to old-school FPS and RPG being released—able to both stoke the nostalgia fire of veteran gamers, as well as bring new ones into the fold. The trend is pretty evident in things like the again-popular 2D Metroidvania genre, the somewhat resurgent ‘immersive sim’ genre, more JRPG’s being made than they were before, beat em ups, classic- style platformers etc. etc.

While it’s great that passionate designers are taking things they loved about the games they grew up on, and are incorporating them into modern titles, be it in the AAA or indie space. One classic trend from the ‘old days’, so to speak, has yet to make a full-on comeback. I’m talking about of course games using fixed/ static camera angles.

Most people will often scoff at this trend. Some won’t even consider it a trend. Others will often identify it exclusively with survival horror. A lot of people will be critical towards it in general (for baseless reasons). But all of this is narrow-minded thinking that sidelines just how important they were, and just how much they taught the industry to begin with.

Fixed cameras in this authors’ opinion, were an awesome tool that played a vital part in bringing a genuine sense of cinematic flair to games when it really needed it (as compared to now, where it is considered stigmatic in some respects). In the best games, they were used very strategically and created an incredible sense of place. Each deliberate camera angle highlighted various aspects of the location and let the player absorb in all the details that he/she often missed (and still does) due to the nature of fully 3D games. Since these games were often designed as a toy box-esque puzzle for the player to constantly navigate through back and forth, the camera angles added a sense of familiarity to the proceedings. Put it simply, they made the world seem alive.

In fact, they were almost essential in the early days of 3D gaming when designers were still figuring things out. Since resources and horsepower were limited, they had to think outside the box in how to control the flow and pacing of the game. Static cameras allowed the designers themselves to exert a level of control on the player, what he could/could not see, and forcing him/her to act in a way the designers intended (for the most part).In the case of horror games, they added an increased sense of claustrophobia, with dramatic camera angles often used to unnerve and manipulate the player into feeling things that the designers wanted them to feel. In essence, it can be compared to photography, where each frame tells a story and has an emotion attached to it. There was a sense and purpose to each of them that not only added to the level layout and design but enhanced it.

The feeling also varied from game to game. It wasn’t just dread and claustrophobia. Games like Dino Crisis 2 and Fear Effect pulled off the whole action movie/blockbuster vibe with bombastic set pieces just as well thanks to them.

Even the game that is credited as the holy grail of pushing the medium towards being more cinematic, aka Metal Gear Solid, had fixed camera angles. It wasn’t just all long cut-scenes. Hideo Kojima had the big picture in mind when he set out to design the thing. Aside from its top-down view, the game gratuitously used fixed camera angles. One of the most memorable being the lead-up to the boss fight against Gray Fox, in which they were used to great effect to build tension and claustrophobia. The climb on top of Metal Gear Rex is also a great example. They, along with the superbly shot and choreographed cut-scenes overall added to the feel of being in one giant summer action movie like Kojima had intended.

Designers understood that 3D was a space. In design terms, it had to be thought about in the big picture when it comes to putting the player in a virtual world. While gaming has taken giant leaps since then, and full open 3D isn’t too big of a hassle now– it’s still good to see this trend occasionally being recalled. More story-oriented games often take this approach. It’s good to see them being used in games like Until Dawn, The Wolf Among us (or any telltale game) etc. etc. They even managed to pop in Red Dead Redemption 2 in specific moments, which is a heartening sign that designers haven’t forgotten how powerful they can be. Hopefully, more games find better use of them and learn how to accommodate them in the future.