Why DmC: Devil May Cry Was A Bad DMC Game 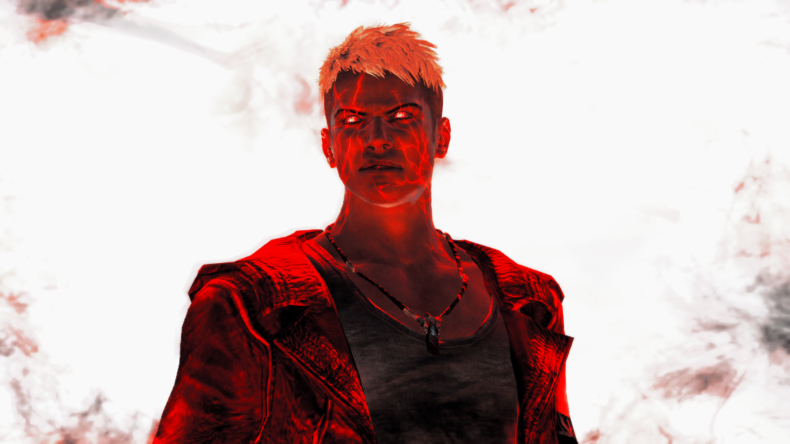 "You won't like it when sulk gets angry!!"
Contents

Devil May Cry 5 is finally here, after an excruciating decade long wait (Seriously WTF) and fans all over the world are rejoicing the return of one of gaming’s most iconic franchises. Considering how dominant the franchise was in the PS2 era (with three major releases), its surprising that Capcom only managed to put out one major title (DMC4) in the 7th gen.

What’s that? There was another one?

Oh yeah. Dammit. Forgot about this one

(Sigh. I guess it’s time to talk about this)

The Devil May Cry reboot aka ‘DmC’ is something that has a certain section of apologists, but to be frank, is pretty much a widely-despised product among the core fans. And in our humble opinion, the core fans are right. It’s often labeled as a ‘controversial release’ and an ‘experiment’ but let’s just stop playing games and call it for what it is: a terrible piece of shit that gets nearly everything wrong about Devil May Cry.

Here are few of the reasons in our subjective opinion (though, you know they are true anyway):

The game takes some of the most beloved characters, robs them off all their charisma and mystique and replaces them with bland, one-note morons that are annoying at best, and completely offensive at worst. Watching Vergil be a dull, snobby psychopath instead of a stoic, driven but still, relatable anti-hero is painful. So is watching Dante transform from a powerful but still cocky goofball into an edge-lord who drops ‘F’ bombs and has random sex with strippers, makes you wonder what happened to the simple, fun but still anime soap operas of the original. And what drugs were Ninja Theory employees on while coming up with this (or how many).

On paper, you may be performing the same moves as you did in the original, but they feel nowhere near as good. And to be honest, there really is no incentive to learn, adapt and push for better. The game strips the technical and deeply challenging combat and relentless intensity of the original series and replaces it with a bland, facsimile that may look similar, but feels much blander. The moves lack all the sense of weight and urgency, combat is wide open instead of close quarters, and there is really no incentive to push yourself as the weapons are much blander and S-ranks come through like candy. Not to mention there is no style system whatsoever when you can rake up SSS ranks with simple button mashes and no need to upgrade any of Dante’s moves, as you can get through the base game without any strategy or thought.

Devil May Cry games have always been technical showstoppers. They have always looked amazing and have always run amazing. DmC: Devil May Cry barely just looks average and runs even worse. The world design just feels awkward, disconnected and haphazard. There seems to be no inter-connectivity (thematic or otherwise) between any levels and nothing makes any sense. The ‘shape-shifting buildings’ thing gets old five minutes in after it launches and the constant ‘shifting worlds’ feel so random and jarring. What is limbo? Yes, if you go by the literal meaning of its latin origin “limbus” meaning the “edge” you can kinda get what they were going for; limbo being the intermediate dimension between humans and demons. They didn’t really expand on the concept, however. There never seems to be any flow or cohesion to any of it and after a while, it just becomes annoying and frustrating, instead of ‘cool’. 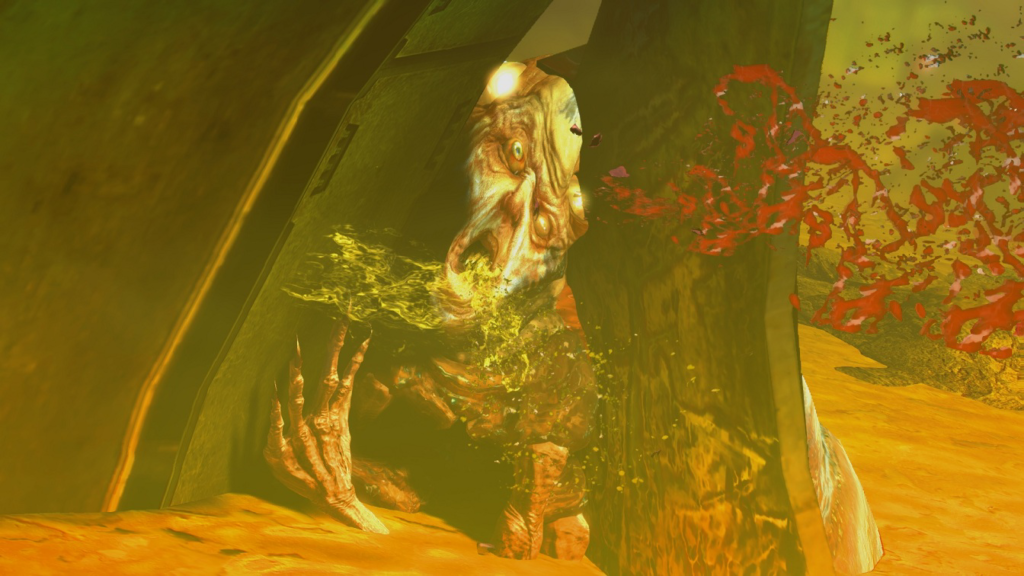 Devil May Cry was the first game I played in the PS2 era that made me truly aware of the fragile nature of the world around me and all the fake societal constructs.

It was a simple, cheesy but still well-told and entertaining romp that evoked an unpretentious, pure gamey feel, and the feel of old B-horror movies and games like CASTLEVANIA. And I loved the game for it. DMC 3 also built on the world and expanded on the horror-gothic aesthetic. DMC4 added a nice eastern- European vibe that still felt coherent and congruent with the vision. These were basically, anime-esuqe worlds that had their own flavor and feel to them and felt coherent and well-crafted.

So I’m not really sure who asked for OTT ‘Disco Levels’, ‘Bill O’ Reilly’ boss fights, constant jabs at the evils of the soft-drink industry and the whole usual ‘media controls the mind’ nonsense. I mean for fuck’s sake, if Ninja Theory just wants to make a DEUS EX game, they should just go get the license from Square Enix.

If there’s any proof that Ninja Theory was the wrong studio to reboot one of Capcom’s most beloved franchise, it’s ridiculous comments from the studio chief himself. Not to mention that the game itself went out of its way to mock the core fanbase with ridiculous scenes such as this:

Why would anyone do that? By the time, the Definitive Edition rolled around, Ninja Theory had added some things here and there to pander to the core fanbase. But who are they kidding? They never had any respect for the source material to begin with and it showed in the final product. You don’t just copy paste someone else’s hard work, creativity and then neuter it and mock it. It’s just not done.

Now, I don’t think DmC: Devil May Cry is a terrible game by any means (The honor of that goes to Devil May Cry 2), but it is as bland and mediocre as they come—and maybe that’s worse. I don’t even think that Ninja Theory is a shit studio, after all, ENSLAVED was good (and so was HELLBLADE, from what people tell me), but Devil May Cry just wasn’t their thing, and we hope that their failed reboot of the classic series always serves as a reminder to them of not taking things for too granted whenever they work on any project.