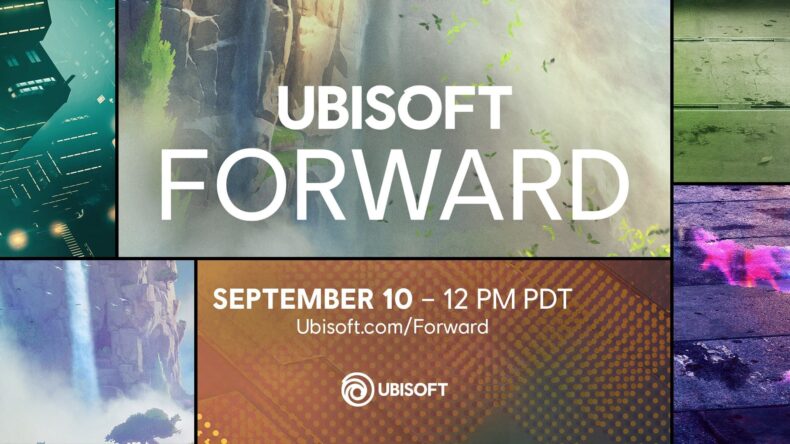 Ubisoft is here with their second Forward livestream, providing a glimpse at updates to already announced games and brand new titles. Take look at the biggest, spiciest announcements:

…or more specifically Far Cry 3 VR – kind of. It is a multiplayer take on the iconic 2012 FPS game where players will be thrust into a handcrafted rendition of Rock Islands. And of course it wouldn’t be FC3 without everyone’s beloved antagonist Vaas who will also be returning for this spinoff. Coming 2021.

Another VR game but this one is a brand new IP – described as a “space simulation in VR”, AGOS takes place in 2057 where mankind has left the Earth in search for a new habitable safehaven. Manage and build your ship and peril the cold, harsh depths of the space to discover what lies beyond in an attempt for salvation. It launches off on October 28, 2020 exclusively for the PC platform.

Yep, that’s God & Monsters, E3 2019’s new Ubisoft IP finally realized as an open world action game – and we’d be lying if we said it didn’t look to take a page or two from Nintendo’s Legend of Zelda: Breath of the Wild. It’s a stylized, CGI movie-ish take on the Greek mythos (similar to Assassin’s Creed Odyssey) featuring a large island to explore, teeming with puzzles and secrets to uncover… and also forces of evil from the underworld, guided by a mighty Titan. The titular Fenyx will have to gain the favor of the gods and use unique powers and gear to overcome the hurdles she will face on her journey through the game. Save the world of gods on December 3, 2020 on PS4, PS5, XB1, XSX, Switch, Stadia and PC

That being said, the choice of music for the trailer is terrible….

The rumors were true. Developed by Ubisoft Pune, the 2003 puzzle-adventure game renowned for its time-rewind mechanic is getting a modern makeover. The trailer makes it out to have everything to make fans happy, from the returning voice of Yuri Lowenthall as the Prince to fluid, free flow combat amidst beautifully realized environments. The game does seem to be getting some flak for a tad dated visuals, particularly low resolution textures and shadows, but since it isn’t coming out til Jan 21, 2021 (for PS4, XB1 & PC) it has some room for improvement.

Arguably the most surprising announcement from the show, this game (based on the comic of the same name) was originally released exclusively for PS3 & Xbox 360 digitally, but later taken down in light of licensing issues. But now, the cult classic beat-em-up is coming to PS4, XB1, Switch, Stadia and PC with all DLC in holiday 2020.

Watchdogs Legion is one of Ubisoft’s most anticipated games this year, as unlike other games, it allows playing as any NPC rendered into the world which has been recruited. A unique concept for sure. Now thanks to fan demand, protagonist Aiden Pearce from the first Watchdoogs game will also join the roster as a playable character, with his own special story campaign – but in typical Ubisoft fashion, he’s locked behind the season pass. Go figure.

At first glance, it looks like a Steep successor – but this MMO extreme sports game is more than just that. Do you like biking? Snowboarding? How about gliding in a wingsuit? You can do all of that with dozens of other online players across an open environment – and even engage in tournaments. Sounds a bit chaotic, and probably is. Feel the rush when it launches on February 25, 2021 on PS4, PS5, XB1, XSX and PC.

So those were the biggest reveals from the livestream – which one grabbed your eye? The publisher has confirmed that they will have another Forward show in the future. Stay tuned for more updates