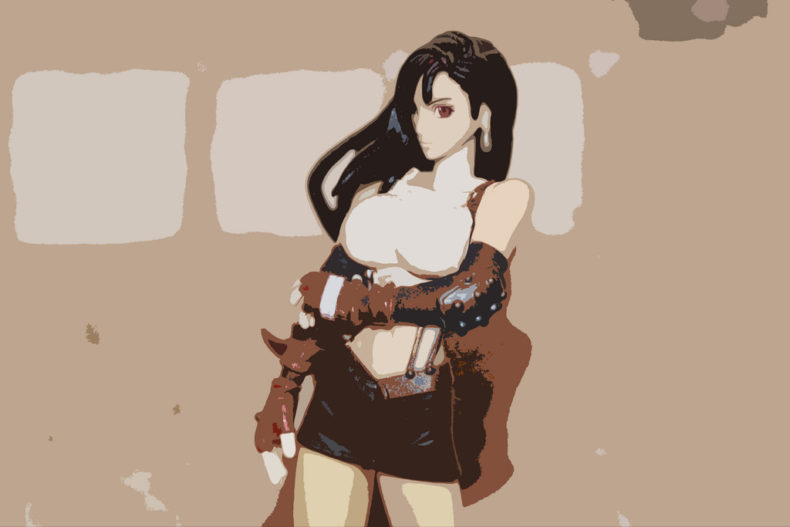 So it’s International Women’s Day 2017. The year in which the role and treatment of women is being debated and discussed everywhere after a revelatory and controversial 2016. This also holds true for the games industry, where it’s often been a hot topic of debate throughout the years.

We’ll get straight to the point. Whilst we we don’t celebrate Women’s Day by any means, we’re obviously big fans of great female personalities. Both in real life, and in video games. Recent games(and forms of media) have however tried to force a lot of one- sided gender politics and ‘fake’ female empowerment down gamers’ throats. So to counteract that, we decided to make a list of the amazing female characters that have sparked our imaginations over the years. These are not great because they’re female. They’re great, because they’re amazing characters.

She is a representation of what any self aware individual in society feels. Her aspirations and actions are in vast contrast due to the pressure from Yorha, resulting in a feeling of detachment from one’s own self. It’s not everyday that you come across characters that feel and do completely opposite things, a kind of conflict that is extremely tough to endure.

She’s a great looking, classy, self-dependent woman who’s also incredibly intelligent (more so than Geralt himself). Clearly having a strong hold over the White Wolf, she wears the pants in their relationship. Geralt may go about being droll and sarcastic to everyone he meets, but there’s little doubt that he’s hopelessly infatuated with his fated life-partner.

FINAL FANTASY 7 is one of the all time greats. It also boasts two of the best female characters ever to grace gaming, namely Aerith Gainsbourg and Tifa Lockheart. They’re both the ‘love interests’ on either side of the protagonist Cloud Strife, and both play an essential role in developing his incredible character depth and complexity. While Aerith is perhaps the more iconic one overall, we have a preference for Tifa. We like that she’s strong- headed, independent and of course, has  great fashion sense.

Gordon Freeman is a resourceful guy. After all, he’s an MIT graduate and can single handedly take on Alien Invasions by himself. So obviously, he has high standards in women. Alyx Vance, being the smart, witty, resourceful, kind-hearted and (most importantly) realistically proportioned person that she is, is pretty much his (and every smart gamers’) ideal type.

Many gamers might have inappropriate feelings for this nigh seductive empress of dark and light, but she excels where it matters- at getting the job done. She does so with immense style and with her flamboyant nature, it is a joy to watch her during cutscenes (Coming from a person who is not a huge fan of cutscenes). Her British accent is definitely a trait that adds to her resume of attractive qualities. If there was one statue to be made for women rights, it would have to be Bayonetta while doing one of her execution moves.

Samus Aran is a workaholic. Her entire life is her relentless focus. Being able to bury a complicated and painful past into transforming herself into the biggest badass the universe has ever seen. Every being in the galaxy fears here, from the lowliest of space pirates to seemingly immortal Alien overlords. They all know in a fight, games’ already over before it’s began. Plus nobody does a more badass ‘goodbye’ gesture than her.

When it comes to recent memorable video game characters, few can hold a candle to GLaDOS. Initially, Aperture Science Labs affable female AI seems to be a friend to the player, offering guidance throughout the series of multidimensional puzzles. Soon, it becomes clear that all it wants to guide you towards, is an early death. GlaDOS was fleshed out more in the sequel, but still remains an iconoclaustic, incredibly complex character. She’s bitter, toxic, narcissistic, yet always multidimensional and charismatic. He dry sarcasm seems to hide a lot of anger and resentment. Almost as if she was a real human. Which is what makes her so intriguining.

Very few villains in gaming history can send a chill down your spine by their sheer presence. And SHODAN by all means, is the gold standard. She’s like a megalomaniac dictator, evil CEO, sociopath lover, and your mother in law rolled into one. She’s got big plans for human civilization (who she deems unworthy), and none of them are towards their benefit. Her cybernetic, constantly note shifting voice is one of the most iconic in history, and eerie OST only helps in amplifying the effect of what she says.She’s s a malicious, hateful, devious, self-aware AI who plays twisted mind games and always seem to hide her true intentions beyond everyone’s grasp. Just know this: You’re screwed. (“Welcome, to my DEATH MACHINE, interloper!”)??

Who are some of your favorite female characters in gaming? Sound off in the comments below.