Top 7 Upcoming Games That Might Go Under Your Radar (2018) 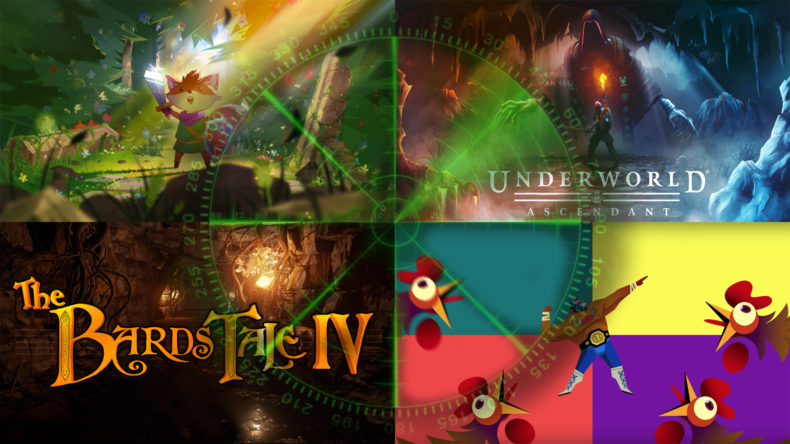 With the year’s end in sight, the time is nigh when all the major “blockbusters” of the year with huge marketing budgets start knocking on your door asking you to pay up for the DLCs, Pre-Order bonuses and Microtransactions for providing a product that will more than likely (EMPHASIZING on MORE THAN LIKELY) be incomplete at launch. Among the hosh posh of hype and mass hysteria for these ‘products’ among the mainstream crowd, a lot of actually good games get drowned among the hype. This doesn’t mean that they are necessarily indie titles, but rather games that do not have much hype behind them and could offer a much more bang for your buck experience if you are looking for something different. So without further ado, here is our list of games you should watch out for.

Starting off the list is a relatively obscure title from the publishers of Yooka Laylee. Planet Alpha is a 2D platformer mixing puzzle and stealth elements. where the player has the ability to manipulate the time of a day and use it to his/her advantage.

Currently planned for a release in the current year, Outreach is a game that feels like Tacoma with the difference being that it is set in the 1980s as opposed to 2080s. Set in a Russian space station, the game does seem to be focusing more on environmental storytelling while narrating a story about some conspiracy

Revealed at Microsoft’s E3 presentation, this Zelda-esque adventure game features a cute cartoony style with a Wind Waker feel to it. Having it’s own, non-human language spanning the entire game including menus, the game is aiming to immerse adventure seeking, curious players in the journey of the little fox and it’s vibrant world.

A pinch of horror is what this list needs to be well rounded. Call of Cthulhu seems to be going for the whole ‘Outlast’ approach of non-combat gameplay where the character has to solve mysteries and run/hide from terrors unknown.

“The Bard’s Tale IV: Barrows Deep is the triumphant return of one of the most iconic RPG series of all-time. Delve into a tactically rich combat system that rewards creativity, solve puzzles to gain treasure and advantages, and discover a beautifully crafted world.”
– SteamPage

The sequel to the critically acclaimed metroidvania, Guacamelee 2 is looking to build immensely upon the solid foundation established by the masterpiece that was its predecessor. Once again, everyone’s favorite luchador Juan is back to save Mexico from a new rising evil, this time with improved art desigm and new mechanics – of course fans need not worry, as the much beloved chicken transformattra mechanic is present and accounted for too.

The ‘successor’ to the Ultima Underworld, Underworld Ascendant is an immersive sim by the grandfathers of the genre- Paul Neurath and Warren Spector. Just like other games in the genre, Underworld emphasizes player agency on both gameplay and narrative.

That’s all from our list. Which game do you think can be added to it?