Our Top 7 Most Anticipated AAA Games of 2019 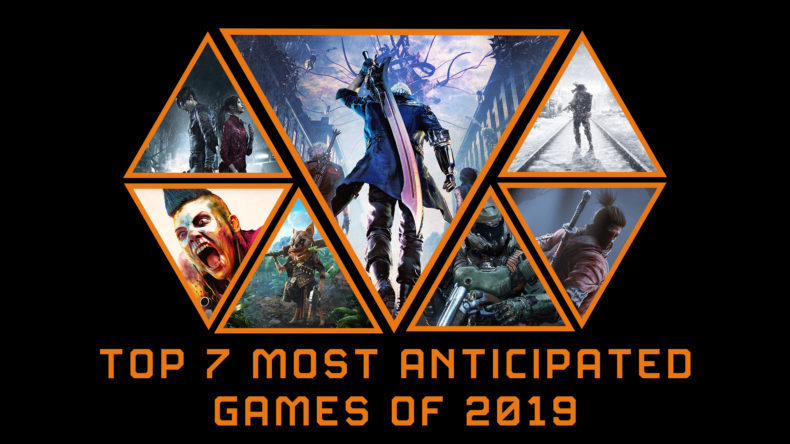 Frankly speaking, 2018 was a somewhat underwhelming year for big budget games, with only a handful of games that impressed. However, 2019 is teeming with many potential quality titles by heavyweight developers who promise to bring only their best offerings out on the field to battle for the consumer’s attention and wallets. Here’s highlighting 7 games that we are eagerly looking forward to:

The much-awaited remake of Capcom’s 1998 survival horror classic is finally here and judging by all the footage that’s been revealed so far, it looks to be worth the hype. The stellar visuals, exorbitant production values and the return of good ol’ close quarters, gory combat excite us, while the classic characters and the thick, brooding atmosphere have been carefully reimagined while maintaining the haunting feel of the original. Impressive stuff from Capcom.

This remake is a dream come true for fans begging for it since the past decade, and people who missed out on this PS1/N64 hit will finally be able to experience the terror that ensues  as the game’s infamous, cloaked Tyrant, Mr. X mercilessly stalks the player around the faithful, current gen recreation of the RCPD.

Another Soulsbornish From Soft game, yet another opportunity for game journos to whine about the punishing difficulty! Not to mention the “*insert game* is the Sekiro of video games” meme that’s probably going to be all be the rage once the game drops, hehe.

Considering From Soft’s track record so far and the game footage impressions that blew us away with its fast-paced, visceral combat, sense of verticality and full-on Tenchu vibes – this will be yet another win for the Japanese dev… even though it’s being overlooked by the universally hated publisher, Activision.

The first RAGE was a one-of-a-kind, underrated shooter that mixed brutal gunplay, close quarters level design, and tight ammo management for an experience that is still unmatched in many aspects – and this wild, lawless nature of the predecessor is what ID Software (partnering with Just Cause’s Avalanche Studios) have chosen as a foundation and expanded upon it for what possibly might be a truly next-level experience.

The visuals, atmosphere and world building also seem to have taken a massive overhaul from the first game, the vehicular combat has been expanded, and the gunplay leans towards the more old-school, open-area vibe the Doom developer is known for. All in all, it seems like ID is about to hit another FPS jackpot – and to no one’s surprise.

The third entry in 4A Games’ impeccably atmospheric FPS series, Metro Exodus, is taking the action to a more open environment. The pedigree is there, and it’s certainly an evolutionary step forward with regards to visuals and mechanics. A wasteland take on Russia has never looked better.

After the disappointments which were Fallout 4 and 76, fans of the post-apocalyptic setting need to keep their eyes open for this to quench their thirst for a handcrafted single-player experience.

Putting Biomutant on this list was a somewhat conflicting choice because its more of an AA game than a AAA one. But since we couldn’t put it in the indies list either and were considerably impressed by its reveal at Gamescom, it quickly became one of our most anticipated games.

Throughout the gameplay demo, we couldn’t help but notice it’s obvious Legend Of Zelda inspiration, with its takes on level design and exploration to the smooth, satisfying Devil May Cry style combat. Then there are the pleasing visuals that just pop, into which hints of a more comic-book aesthetic is embedded. It’s an action RPG of course, so let’s hope there’s enough depth in there to make it a hefty, delectable experience for role-playing fanatics.

As far as single player FPS’ are concerned, Doom (2016) is one that’s crafted to nigh perfection. It’s one of the few modern games that believes in streamlining without dumbing down and more importantly, showing the world that old school game design still hasn’t lost it’s magic.

The upcoming follow-up, Doom Eternal seems like the perfect sequel with more contemporary gameplay elements like a grappling hook added to the mix and general refinements to the run & gun formula to make it even better than the original was… if that’s even possible in case of Doom (2016)… likely is, it’s got the talent behind it after all – the genius wizards at ID Software. It’s going to be yet another gleeful ride of glory-killing and pulverizing demons, all the while rocking to kickass heavy metal.

There’s not much that can be said about this one, that we haven’t said many times over before – Devil May Cry 5 seems to be the grand return of the fabled, pioneering hack and slash franchise after it laid dormant for 10 years.

It’s certainly the ultimate DMC experience – everything looks great, seems to play great at a blistering 60 FPS and brings forth the best the franchise has to offer in terms of gameplay and combat depth – judging by Capcom’s recent, ultra-confident showings, we’re all in for a title that would once again set new standards for just how amazing an action game can be. Can’t wait!