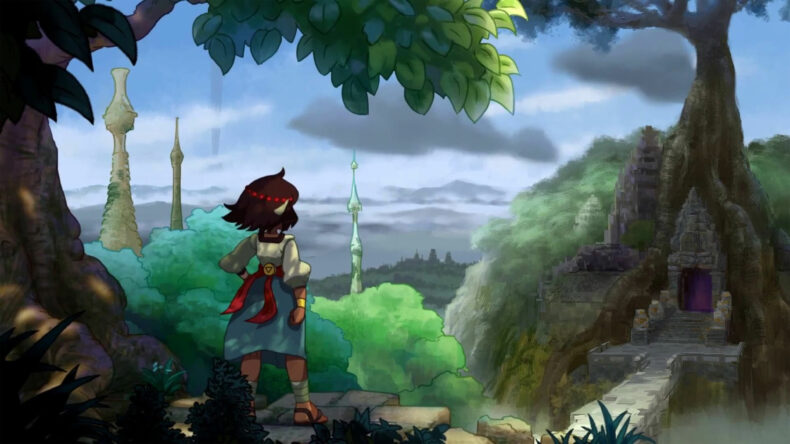 October is a busy month, as usual, with many heavy hitters from the AAA industry; a perfect time for good little indie titles to get lost in the hype shuffle of predatory companies that love to treat people like cash machines. So here is a list of 7 games that will not rip you off, rather they’ll more than likely provide a new experience.

If you are into Visual Novels or Text-based adventure games and love cyberpunk settings, Neocab is definitely a title that you’ll want to check out. The game follows the story of Lina, one of the last human cab driver trying to survive. As Lina tries to juggle emotional well being and survival after the loss of a close friend, she has to try and preserve her humanity while driving other passengers around. How will her journey unfold? We can’t wait to find out.

Fallback has the trappings of a modern indie title- rogue-like, platformer, 2D camera (Or rather 2.5D), but the twist here is that the player can ‘combine more than 50 different skills’ (At least according to the developer anyways). How much of that is true, we don’t know yet due to there being not much info besides a sole announcement video of the game out there. However, it sounds and looks pretty much like Dead Cells in a post-apocalyptic setting; oh and you have a JETPACK too, so there’s that. Dead Cells was fun, so we are presuming this will be too.

Latest game from the developers of Oxenfree. Need I say more?

Indivisible is an interesting combination of metroidvania and turn-based-real-time-combat. YES! I know that’s a mouthful, but essentially, it is a turn-based game, a rather contrasting shift for the guys who previously developed Skullgirls. The game immediately hooks the player with exquisitely hand-drawn art and great turn-based combo attacks. The premise is of interest as well since it seems to be evoking the whole Persona-esque feeling by allowing the character to *kind of* absorbs all kinds of warriors throughout her journey.

From the developers of Slain: Back From Hell comes another Metal themed game, but this time with GUNS. Slain was a good game that had its share of flaws, especially the moment-to-moment gameplay that put many people off but Valfaris looks smoother than the developer’s previous effort.

I was completely unaware of this game up until a week ago. When I watched the trailer and saw terms like- ‘Inexplicable Feminist Agenda’, ‘Torque Dork’, ‘Actual Art Degree’, ‘Overproductive Honor Glands’, I was immediately sold. Having recently gotten into cRPGs like Divinity and Pillars of Eternity only swelled my excitement for this game. The industry needs more of these kinds of games, yes please.

Known to be in development since 2017, Pine’s main draw is the promise of an immersive sim-esque experience in a pre-historic fantasy world. Touting a reactive game world and adaptive enemy AI, the game is set in the world of Albamare where humans didn’t evolve to be on top of the food table. Besides the very obvious Legend of Zelda inspiration, the game features 6 biomes and various animal species that will aid or hinder the player depending on the player’s actions or inactions. Will this be the next big indie hit, or turn out to be a cup of empty promises? Only time will tell.