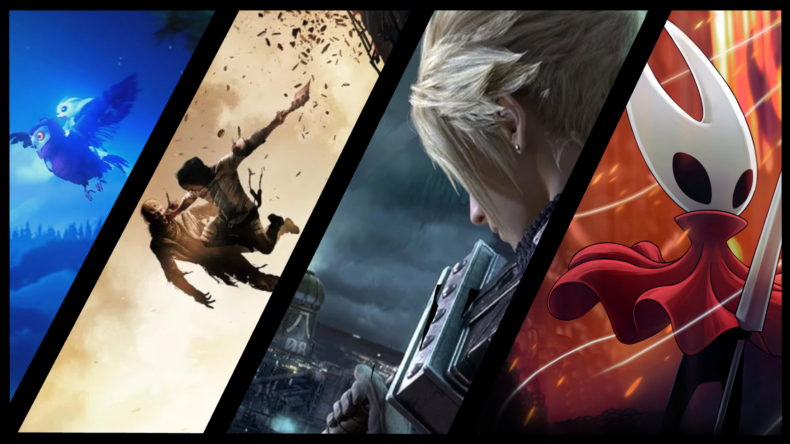 E3 is upon us. In about a week, we would have a ton of trailers, announcements, game reveals and more. Each year we hold our breath and bite our fingernails in anticipation, and this year is no different. E3 2019 is finally here, and despite being the cynical bastards we are– it’s time to look on the bright side of things always (Or at least try to), like most mature people.

Here’s hoping these eagerly anticipated games get a release date on the show.

A few weeks ago, we were pleasantly surprised to find out that the long-in-development remake of Square Enix’s most celebrated game wasn’t dead. While the notoriously long development cycle and Square’s recent output has turned our jubilation into cautious skepticism. Still, we can’t deny that the possibility of playing a remake of one of our most favorite games of all time isn’t an appealing proposition. If the rumored 2020 release date is true, then there’s a big change that Square would make its presence felt this years’ show. Fingers crossed.

Ori & The Blind Forest was a step in the right direction for the metroidvania genre. The game introduced a whole new mechanic called bash that allowed Ori to use enemy/enemy projectiles as both a medium of traversal and as a combat option. With set pieces that took full advantages of the gameplay systems, an eargasmic original soundtrack, floaty but fluid traversal and stunning art direction, Ori and The Blind Forest felt like a complete package albeit with some flaws. It seems as though that while upping the ante, the sequel is excitingly expanding on Ori’s combat and traversal abilities.

With the unsaid promise of a Fallout: New Vegas 2 that we never got because of nitpicking by Bethesda, The Outer Worlds by Obsidian is being touted widely and appropriately as “sci-fi New Vegas”. We all know what to expect from an Obsidian game considering they have a proven track record in the industry for almost 2 decades now. The art-style is very reminiscent of Bioshock but the overall vibes of the game point it in the New Vegas direction.

Dying Light 2’s main weaknesses were its open world tropes and story-telling. From a pure gameplay standpoint, it was a breath of fresh air. With one of the co-founders of Obsidian Entertainment and writer of many titles that are considered among narrative masterpieces in all of gaming, Chris Avellone helming the project, Dying Light 2 swiftly went up the “To Be Definitely Hyped About” charts.

Indie games like Dusk aside, Doom was the perfect comeback for the sub-genre recently being termed as old school shooters. No reloads, fast-paced, balls to the walls action without semi-realistic mechanics, a focus on gameplay fluidity over passive story-telling through scripted events and overall an extremely cathartic experience. The sequel, Doom: Eternal’s reveal came in the form of a gameplay segment last year at E3 and with extended showings at Bethesda’s own event. To say the least, it looks like a souped-up version of Doom 2016 and is definitely going to be another contender in the FPS of the generation.

Hollow Knight is an absolute masterpiece in terms of game design. A game at the peak of the Metroidvania genre, so huge, so lush with content, so artistically and aurally pleasing, it is an essential must-have in absolutely any gamer’s library. An objectively flawless game would not even be a bit of hyperbole for this one. The pacing, the bosses, the level design, the music, the presentation, the fluidity in gameplay, it just meshes all of them too well. Not to mention the 4 DLC packs that add tons of new content to keep the players busy for quite some time. The dark and gritty world with a tragic past is just waiting to be explored. Not much needs to be said as to why there is a lot of hype surrounding Silksong if you have played Hollow Knight.

The reception that all of the Cyberpunk 2077 reveals have gotten so far say everything there is to say about the game. People are excited for more of CDPR’s works. All they need to do at this E3 is give a release date. It won’t matter if they show a 40-minute gameplay segment or just a 2-minute trailer; people are just expecting a release date at this point. Rumors have it that they are planning for a March 2020 release, but I wouldn’t be surprised if it released at the 5 year anniversary of Witcher 3 which would be around May of 2020.