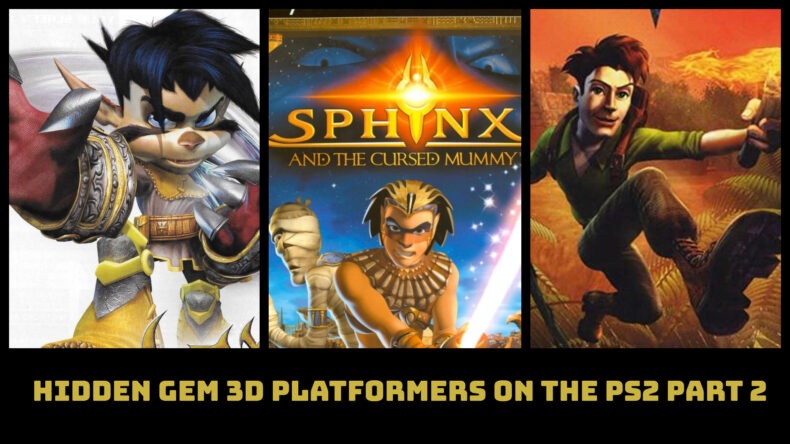 It’s frankly tiring to hear about media outlets singing praises of the same 10 platformers across various consoles, all the while neglecting other lesser known titles that deserve a spotlight. Granted, not all underrated platformers are worth playing so here’s a few games that actually are deserving of being called hidden gems. In our continuous effort to bring unknown games into the spotlight, here is another bunch relatively obscure 3D platformers for the PS2.

In case you’re someone who enjoys hunting down underlooked platformers every now and then, this Hidden Gems editorial will prove handy… You can read the first part of this article here. 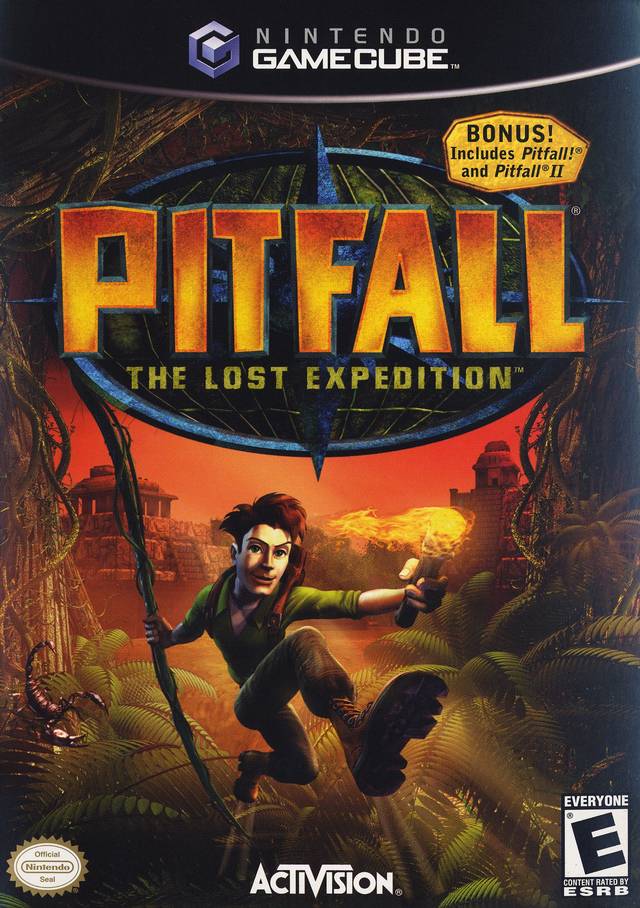 The last instalment in the Pitfall series was developed by three developers for each platform, but my focus is mainly on the consoles. The console version was developed by the now-defunct Edge of Reality, known for games such as The Incredible Hulk, Transformers: Rise of the Dark Spark, and other ports such as Mass Effect, and Dragon Age: Origins, before they went bankrupt back in 2018.

The game is set in 1935 with players taking the role of Pitfall Harry, the adventurer and treasure hunter from the previous Pitfall games. This time around he returns to rescue a cute blonde archaeologist, her father, and his friends from the clutches of danger – namely, main antagonist Jonathan St Claire, who is after a treasure hidden deep inside a city called El Dorado.

What’s fascinating about Pitfall: The Lost Expedition is its fictional world. It really depicts the feel of Indiana Jones with its emphasis on treasure finding and also a touch of a cartoonish Tomb Raider, but this one has a slice of comedy mixed with a comic style vibe that will suit every audience from teens to adults. Like every 3D platformer on the PS2, the game has standard platforming elements such as combat, jumping from one corner to another, finding hidden items, discovering new abilities which will unlock other paths, among other things. There’s also mandatory stealth sections, that see Harry sneak past sleeping monkeys which scream terror if woken.

Enemies in the game vary from ordinary barbaric humans to enemies that chuck dynamite at the player to crocodiles, hungry fish,  to a paranoid gorilla momma that thinks you will steal her baby, and other mythical creatures. Yet, nothing beats the screaming monkeys.

Unfortunately Pitfall: The Lost Expedition, suffers from heavy amounts of backtracking. The player will even have to remember the places that need certain items to be unlocked. In addition, the map doesn’t exactly point to an accurate position. For example, the map may point up to a location B, but the path which the player will use leads to C; making it imperative to remember all the places. The player also may sometimes stumble across the shaman who will offer character upgrades to the player to help on their journey.

The graphics look okay for a platforming game, nothing compared to the big budget titles. But the game shares some similarities with Kya: Dark Lineage. Both of them share comic-style graphics that’ll please players who aren’t looking for mind-boggling details. All in all, the game introduces you to a well-done sequel to the Pitfall franchise where Harry is brought to life in 3D and more importantly, being funny all the time and naughty too.

I’m recommending this game because of 3 aspects. First, the platforming elements that are the crux of every platformer. Second, the mixing of beat’em up elements with an open world design is interesting. Last but not the least, the comedy. 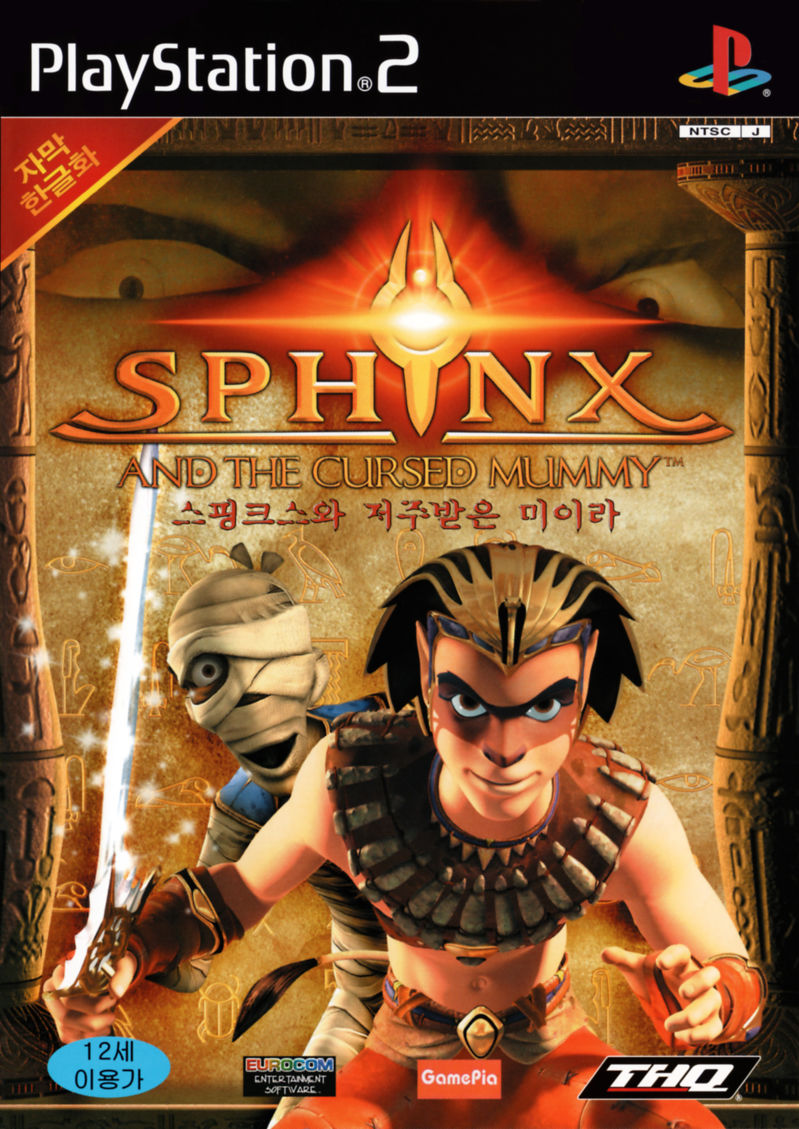 Remember how this game was called a ”Zelda clone” when it released back in 2003? After finishing the game, I came to the conclusion that it indeed shares some similarities. However, it is unfair to call it a clone of Nintendo’s flagship franchise.

It was developed by Eurocom, the company behind Duke Nukem 64, 007 Legend, and Crash: Wrath of Cortex before going bankrupt on December 6, 2012.

In the game, you take on the role of two players. A demi-God called Sphinx, equipped with the legendary blade of Osiris, and a mummy called Tutankhamen. Each of them has a unique role: Sphinx is a brave warrior who adventures around the universe of the game while talking to NPCs, solving minor riddles, obtaining items, battling enemies and bosses. On the other hand, the mummy’s role revolves solely around solving puzzles inside the castle of Set that will open new paths to his buddy, Sphinx. Both help each other in this adventure where they will have to stop the evil Set and his allies.

Similar to Legend of Zelda, this game is set in an open world. However, Sphinx and the Cursed Mummy escapes from being just ”another clone” by distinguishing adventure and puzzle sequences by granting each protagonist a significant role and in turn, putting its own spin on the formula.

The music in this game, as every platformer’s should be, features a variety of memorable music tracks. Although not as popular and loved as The Legend of Zelda soundtracks, they still deserve some praise. Another thing to note is how the graphics still hold up even today. They’re not the best, nor bad at all, in fact, most of these platformers still hold up because of their simplicity. Those who grew up with Jak and Daxter series and other prominent platformers back in the day will surely like this one.

Be aware that the game ends in a cliffhanger, so nobody is sure whether players will be a getting a sequel or not. Hopefully, we get one in the near future.

Sphinx and the Cursed Mummy offers a combination of puzzles, adventure, captivating story, and most importantly, the platforming elements which are done right. The game definitely deserves your time if you are looking for a hidden gem platforming. 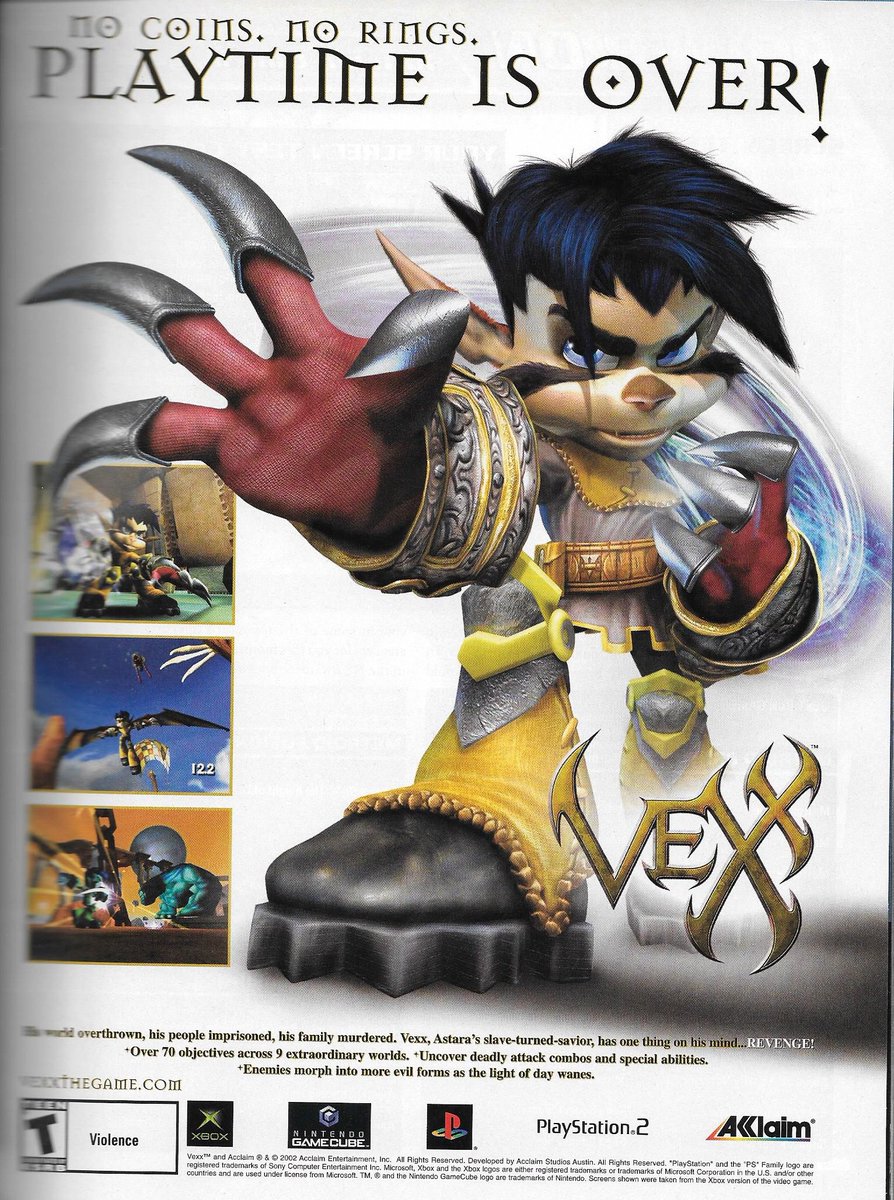 I was shocked to the teeth when I finished this game. Too many questions bombarded my mind, and one of them was ”Why is this game not well known?” Vexx is quite unlike the games I mentioned above.

Developed by Acclaim Studio Austin that went bankrupt back in 2004, the studio is also known for making Turok 2, Batman: Forever (the Arcade game), and Aero the Acro-Bat 2.

The story is a mixture of dark fantasy and vengeance. Yabu unleashed his wrath upon the village of the young Vexx, causing the death of many and enslaving others. Following this, Vexx sneaks into Yabu’s windship where he stumbles across extraordinary battle gauntlets – which leap onto his chest and cling to his arms. Consequently, this will give Vexx special powers that will help him hunt down Yabu and defeat him once and for all.

The gameplay in Vexx is pretty similar to Jak and Daxter: The Precursor Legacy. Vexx will have to go through levels and collect Wraith Hearts that will open new levels, and you only need to collect 60 hearts to finish the game despite the fact that there are 80 to hunt for – just like Jax collecting precursor orbs. Besides that, Vexx puts a big emphasis on platforming and mini-challenges you encounter in the game varying from fighting your inner demons, kicking the enemy out of the ring, and other challenges.

What will grab the player’s attention, at first sight, is the environment and how it depicts something similar to Kya: Dark Lineage‘s world or Beyond Good and Evil. These games share that vibe of an apocalyptic world ruled by villains where everything is on the brink of destruction, but the player is there to save it. With that aside, the music score isn’t as good as compared to the Sphinx game, and enemies aren’t challenging, except the bosses… But holy molly the final boss is on another level, however not impossible if you manage to learn Yabu’s movements.

So, does Vexx still holds up to today’s standards? Kind of. Is it an enjoyable experience? Also kind of if you liked Jak and Daxter: The Precursor Legacy.

You can check my page over here for more.