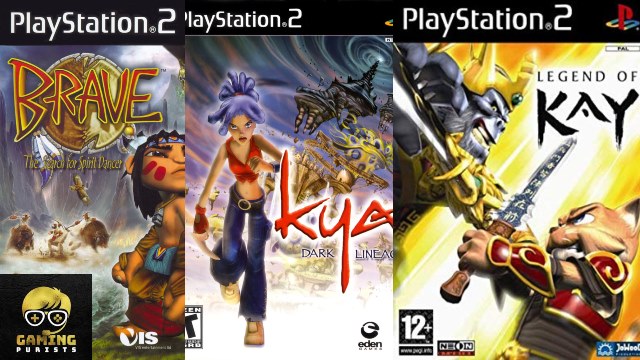 The PS2 era was home to a wide variety of games across every genre, from niche to mainstream – something we don’t see often nowadays. However, platformer games – especially 3D platformers – always carried a certain charm with them because of how artistic, fun and iconic they were since their inception in the N64 era. While not every platformer game on the PS2 deserves the praise: some were just terrible because of how bland they were, on the other hand, we had the mainstream ones that everyone knew and loved, like the Jak series, Ratchet and Clank, and Crash Bandicoot games. However, the 3 PS2 games I’ll be focusing on in this article are particularly good hidden gems in my opinion:

1- Brave: The Search for Spirit Dancer 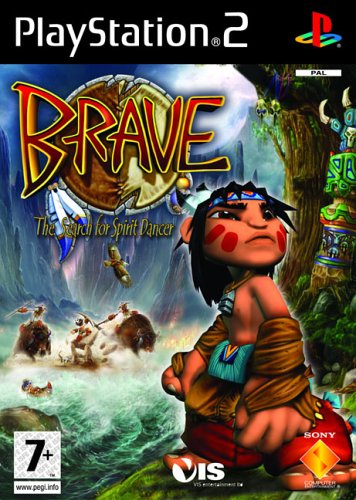 Brave: The Search for Spirit Dancer is a 3D platformer game published by Sony Computer Entertainment for the PS2 back in 2005, and developed by the now-defunct Vis Entertainment, which was the studio behind many good games, such as Earthworm Jim 3D, Evil Dead: A Fistful of Boomstick, and NARC.

In the game, you play as a young native American boy named Brave embarked on a journey to save his tribe. His aim is to find the Spirit Dancer, a legendary shaman who disappeared a long time ago and must be tracked down to help save the tribe from the evil Wendigo.

Now let’s talk about gameplay. The game opens up with Brave and his friend, Meadow Flower being chased by a big bear. Brave will have to obtain some skills and learn techniques before climbing up to the bear’s lair and defeat him. The gameplay is like any ordinary 3D platformer game with jumping from platform to platform sequences, battling enemies such as wolves, insects and demons manipulated by Wendigo’s magic; tools at Brave’s disposal include an axe and arrows. However, since the combat is fairly simplistic with limited combo potential, the player will be limited to repetitive attacks all the time. The game introduces interesting gameplay mechanic to freshen up the otherwise monotonous experience: for example, Brave can mimic animal cries in order to solve some objectives and can control animals too. In addition, sometimes in the game, you’ll be allowed to summon Spirits for special occasions, such as a bear – very helpful to defeat a couple of enemies enchanted by the Wendigo – or an eagle to solve some quests. Other gameplay elements include fishing, build fires, and using a boat to reach the next area. As far as visuals go, some players will find this game outdated and some won’t. However, it’s not that terrible, to be honest. It looks like a cartoon at first glance as the visuals help it look more like those Disney CGI movies.

Lastly, let’s dive into the soundtrack of this game. Sadly, after finishing the game I came to the conclusion that the game doesn’t possess any memorable soundtrack at all, nor any that you would enjoy listening to while going through the forest or any environment in the game. Platformer games without phenomenal soundtracks cannot live to the extent of being memorable for years, but hey, that’s just me.

So, the question you will be asking right now ”is it worth my time?” actually, yes. ”Is it going to make me feel like I’m playing a Banjo Kazooie game? Well, no. The game is unique in its own way, but I’m going to clear some things for you by stating the pros and cons of this game.

-Frustrating platforming sequences toward the end

Finally, here’s a trailer for you. 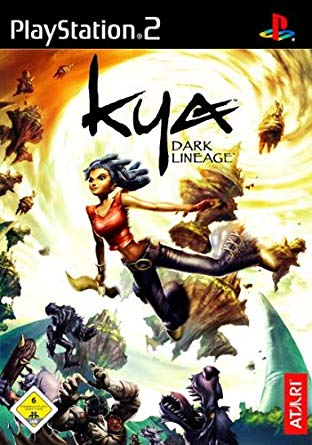 Kya: Dark Lineage is a third-person action platforming game with beat em up elements. The game was developed by Eden Games, The team behind Alone in the Dark (2008), and many other games before they became independent. It was published by Atari back in 2003.

Initially, the game opens with a cutscene showing Kya and her half-brother Frank being thrown into a strange world via a mysterious portal. She is then awoken by a strange creature who tells her that they have to run from evil wolves chasing after them through a jungle. So basically, the game starts with Kya running from those wolves like there is no tomorrow. Later on, Kya will discover that she is separated from Frank, with the burden of protecting a friendly tribe consisting of strange creatures called the Nativs from the predations of the evil overlord Brazul and his minions, the Wolfen.

Kya: Dark Lineage focuses strongly on action-adventure platforming while using beat’ em-up elements in order to make it more appealing to those who don’t like platforming in a game all the time. The player guides Kya through different levels and can get back to the Nativs village every time he finishes the level. The village lets you purchase items which are very helpful, especially toward the end. For example, these items can increase Kya’s mobility, including the ability to climb slippery surfaces, and perform wall jumps or ride fast-moving lizard called Jamguts.

What’s more interesting about the game is how it focuses strongly on the element of air. For example, the game feature freefall sequences in which the player must guide Kya not to hit somewhere and lose health or not the follow the direct path. These freefall sequences give the player a sense of goosebumps while moving the camera, the player can see how beautifully the world in the game is crafted. Eden Games succeeded at implementing something that nobody asked for back in the day.

Let’s talk about the combat system. In my opinion, it is somehow similar to Beyond Good and Evil, but unlike Brave: The Search for Spirit Dancer, Kya has a variety of combos which can be learned with practice and by defeating as many wolves as the player can take. These combos can be purchased in the village. In addition, the boomerang in Kya’s possession is very helpful. It can cut ropes and attack enemies from far away, but that won’t make much of damage anyway. The fist is all that matters. This latter can also be used to solve puzzles in the game. However, the camera may sometime be a puzzle itself since it doesn’t show where you have to throw the boomerang as well as being clunky occasionally.

The graphics, in my opinion, are still beautiful, especially running this on an emulator at 1080p or 4K. Also unlike Brave, this game actually has a good score, especially the one when Kya and Nativs are being chased by wolves.

This is one game I can definitely recommend despite some minor frustrations.

-The camera can sometimes be tedious

-Frustrating levels in some rare occasions

Here is a trailer for you 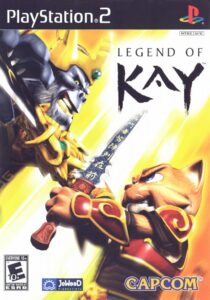 Legend of Kay is an action platforming game, which was labelled as a Legend of Zelda clone back when I first played it in 2005. Although that’s not the case. It was developed by Neon Studios before they went bankrupt. In fact, it’s the only game they made, until the game was remastered by Kaiko. This latter eventually joined THQ Nordic team to work on other titles.

Initially, the game opens with a brief presentation about the protagonist, Kay a young cat wandering around and doing some missions from here and there. After finishing a number of missions, Kay meets his master who tells him to follow the way, but Kay is a hotheaded cat who wants to learn skills and master martial arts. Later on, Kay learns the truth about how his village is brutally mistreated and disrespected by the evil gorillas and rats. Eventually, Kay steals the sword from his master and embark in a journey to defeat the king of both the gorillas and rats.

The gameplay strongly focuses on action hack and slash and platforming sequences as well as puzzles. At first glance, this game will look like a Legend of Zelda clone for some, however, that’s not the case. This one is pretty different in so many aspects. The player controls Kay, the young warrior cat who goes through a series of environments and in each one the player will need to defeat a boss to continue further. Through his journey, Kay gets to meet a merchant who sells him a bunch of items, health upgrades, armours and weapons. Although it is more fun finding the hidden armours and weapons along the way, that’ll save some money to buy essential items for defeating the final boss.

Differing from other games that I have mentioned above, Kay has three weapons, claws, a sword, and a hammer. Each weapon has an advantage, but the sword is the most sufficient of them all. The level design in the game is well-done, in contrast to other platformers that focus on one thing, Legend of Kay sometimes breaks the chain of repetitiveness by introducing interesting features. For example, to reach certain levels, Kay will have to ride a wolf or a pig which may look easy, but the player has to be careful not touching obstacles in the way. In addition to riding a dragon to reach a certain city in the game while also being careful to fulfil the required tasks.

The combat system in this game is probably the most engaging thing along with the soundtracks, Kay must fight a herd of gorillas and rats as well as some other insects and another type of enemies standing in his way. Sometimes you’ll face a small number of enemies, and sometimes you’ll have to fight hundreds. The game has a variety of weapons as well as a number of combos and a special magic attack.

The soundtracks are chilling, epic and nostalgic, especially if you have already played the game, listening to it brings back sweet memories. Unlike Brave, the player will have several soundtracks to remember for a lifetime.

Finally, the graphics in this game still hold up, they make the game look more cartoonish and the funny thing? enemies look cute rather than terrifying especially Kay.

-Sometimes those missions where you have to ride a wolf or a pig can get frustrating.

Here is a trailer for you.