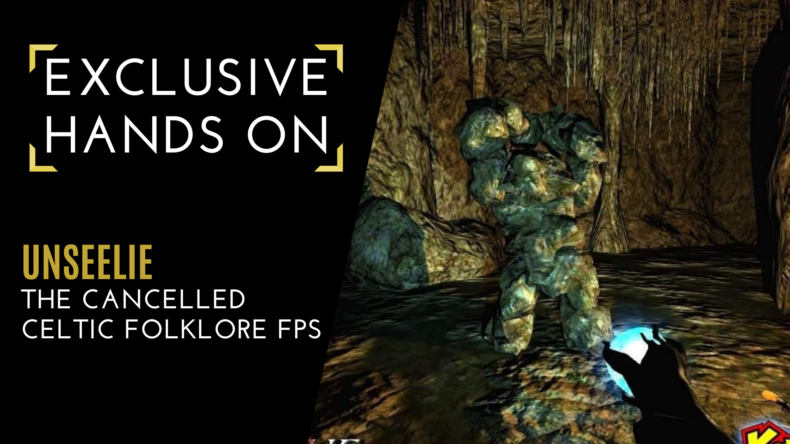 The FPS genre has gone through a lot of stages since its humble beginnings with titles such as Maze War and MIDI Maze, with loads of great titles putting a gun in your hand and enemies in your sights. We’ve seen some pretty innovative titles over the years, with the 16-player Gameboy FPS Faceball, Wolfenstein 3D, the game that popularized the genre, and even less innovative, but crazy fun titles like Goldeneye 64. One would think that by now, we’ve seen everything the genre has to offer – but I think you’d be stumped to name a magical-based FPS with a theme deep-rooted in Celtic folk stories.

Chances are, you’ve probably not heard of KaWow’s The Unseelie, a game inspired by the art of Brian Froud, who was credited with a lot of the concept and design work for properties like The Dark Crystal and Labyrinth. Froud’s artbook on Faeries was the catalyst for such a pitch, and the little winged critters were part of a pretty untapped market at the time, other than in the forgotten adventure ZanZarah: The Hidden Portal. Faeries just weren’t perceived as cool anymore, and TLOZ’s Tingle wasn’t helping their cause.

KaWow, based in Brisbane, was a rather small studio with only a handful of staff members. KaWow had previously worked on Gore: Ultimate Soldier for 4D Rulers, and had some experience in the first-person shooter market.  Other titles such as Secret Service: Security Breach were also among the résumés of the team. The Unseelie was the debut solo project for the Australian studio, in that they were not assisting other studios on that studio’s projects. 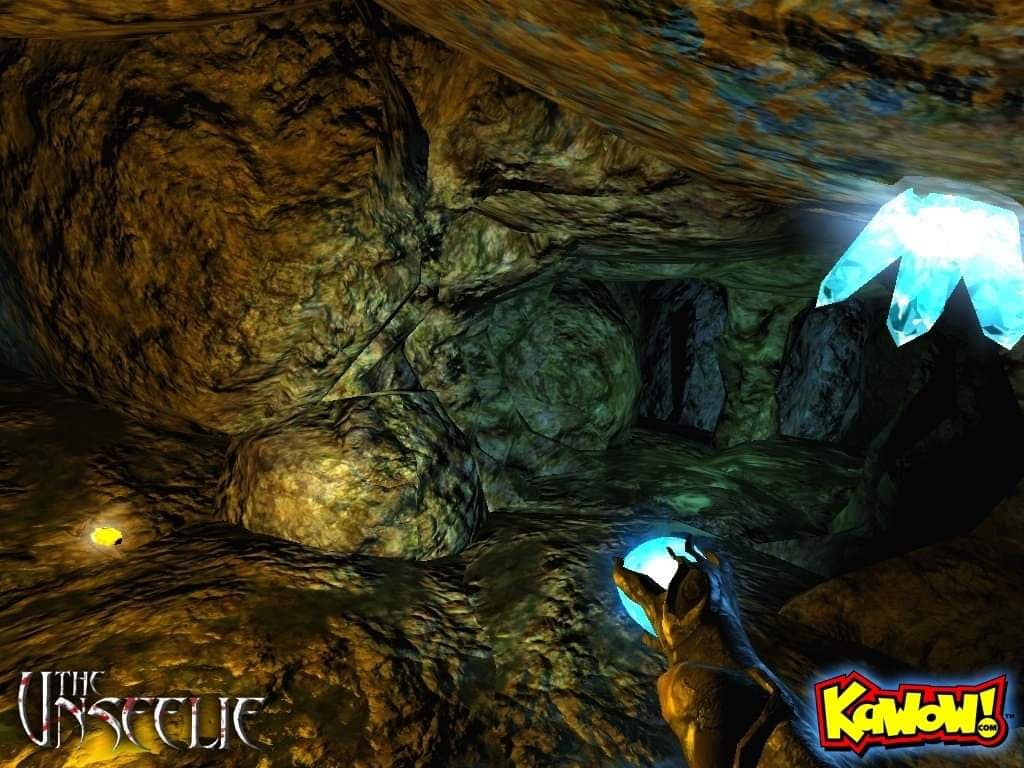 The Unseelie would’ve followed the story of a man named Damian Logan. Whilst driving through a dark Irish forest, he would’ve seen a child-like figure appear in the road, swerved to avoid it, and crashed into a nearby tree. He would’ve ended up lost in the ancient forest, and slowly started uncovering the secrets of the “Tir-Na-Brách-Marbh” – Land of the Eternal Death. Damien would have to do battle with seven demon lords, and obtain certain ritualistic objects in order to return home, and evade the grasp of the King of the Dead – Lord Finvarra.

KaWow utilised a pretty unique art style for the game, and blended in some unique gameplay concepts such as elemental ammunition for the game’s sole weapon, a magical wooden staff. There were set to be around 30 different ammo types, and you could use different combinations against your enemies in order to take them down, like fusing fire and water to make a steam blast. The staff was also set to be upgradeable to make it more powerful as the player progressed through the game. Enemies were also supposed to be able to layer up and complement each other, so if the player was taking on a goblin and a beast, the goblin would be able to mount, and then ride the beast. These mechanics sound as though they would’ve been genre-defining in 2005, and still to this day we are yet to see something as adaptable as the described layering.

Whilst the game had a lot going for it, it unfortunately never made it past the prototype stage. The team had made two small demos, and were working with the AMPII Engine to create an otherworldly experience that unfortunately was just never picked up by publishers. I’m grateful to have had the opportunity to play through both of the demos, and what follows is my experience with them.

What was meant to serve as a scene-setter for the game, the playable teaser opens up with you waking up following the car crash. Your eyes take a while to adjust to your surroundings, and you realize you are sitting in the wreckage of the car. Luckily the crash has smashed the door open, and you step outside the vehicle into the dimly lit forest. You begin to follow the path ahead of you, with shades of bright green fungus lighting your path ever so slightly, along with the moon. You crouch under a fallen tree, and keep moving through the woodland. The soundtrack that guides you along the pathway is a keeper. It’s just oozing atmosphere, and it’s really unlike anything I’ve heard before. I’m filled with an equal mixture of fear and curiosity, and I finally understand what it feels like to be that guy who goes to investigate in horror movies. Every footstep feels like its leading somewhere, and I’m not quite sure I want to get there, though regardless I continue to follow the glowing fungus trail. Eventually I see a beam of bright blue light in a clearing at the end of a tunnel of branches. I step inside the beam, and everything goes white.

“Some fairy tales were never meant to be told” flickers onto the screen, followed by the logo of The Unseelie. You could cut the tension with a knife, I’m all kinds of excited for the full game, the atmosphere has left me feeling eerily joyful, and terrifyingly ready. How publishers weren’t raring to go the same way I was at the end of this teaser truly baffles me. Of course, KaWow were not finished, and would go on to create the vertical slice as their second demo for the game shortly after.

“Take this enchanted branch to light the unknown shadowed path” are the words that adorn the screen when you first fire up the vertical slice. The enchanted branch it bears reference to is your magical staff. You follow a path littered with crystals, before appearing at the overgrown entrance of a cave system. As you descend deeper into the cave, a looming shadow is cast upon the wall. A stone golem appears as I turn the corner and the combat begins. I repeatedly slam the left mouse button to fire a blue blast from my staff, circling the golem and trying to evade its melee attacks. Backing up too far away leads to it throwing boulders at me, and I can’t afford to take a big hunk of stone to the face. The combat feels pretty nice, and quite smooth. Defeating him leads to another staff modification, and I enjoy adding it to my arsenal as he crashes to the floor into a pile of rubble.

Following the battle, I delve deeper into the cave, discovering a platforming section around the corner, with the ceiling of the cave crashing down over the jump spots. This leads to an intense sprint through the platforming section, and after reaching the end – I continue on. As the demo continues, I take on a number of these golems, and discover new and exciting parts of the cave network. Whilst the demo is rather linear, and a lot of the routes are dictated by scripted events, it still feels raw and natural. There are some beautiful set pieces towards the end of the demo, including a tall plinth and a ginormous crystal in the center of a large room.  After defeating all of the enemies in this room, a stone doorway opened, and I walked through it up a large staircase towards the moonlight peering through the end of the cave. I appear in a dimly lit town, and all of a sudden, I am face to face with the Lord Finvarra in a terrifying jump-scare. 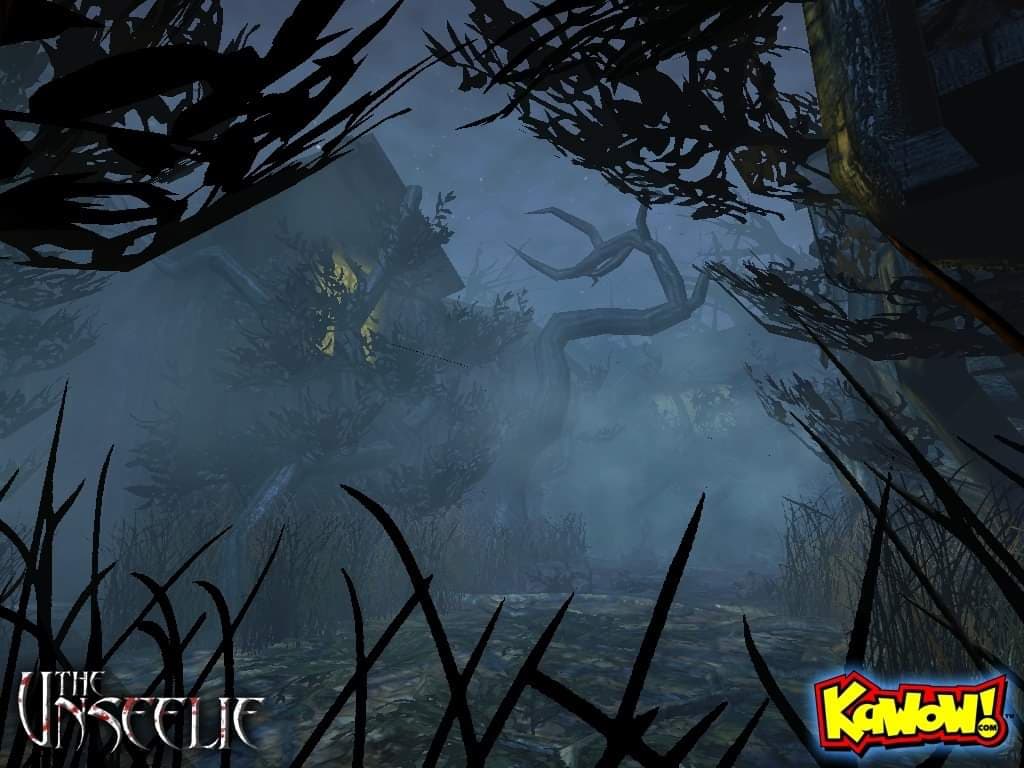 It’s a shame that The Unseelie never saw the light of day, and though the team did go on to work on some fantastic projects such as Star Wars: The Clone Wars – Lightsaber Duels and The Legend of Spyro: Eternal Night. KaWow’s other FPS title that had been in development, the Ghostbusters-inspired Mixed Spirits, ended up meeting a similar fate to The Unseelie, a real shame considering the talent and insanely impressive worldbuilding, and eerie atmosphere the studio was able to create.

Would you have played The Unseelie had it released? Let me know what you thought of this game?

If you want to see some other cancelled games we’ve covered, you can click here.