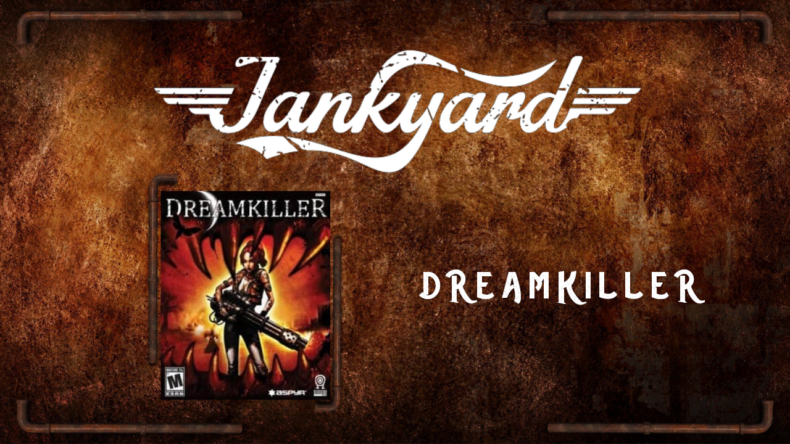 Horde shooters, though few and far between, get a lot of love from me. There’s just something about them that feels so badass, maybe it’s the endless waves of enemies, maybe it’s the bunny hopping, who knows. Serious Sam: The Next Encounter (I know, judge me later) and Nitro Family have been some of my favourite forays into the genre, and titles like Will Rock plastered a maniacal smile across my face as I sat at my shitty little garage sale desk putting bullets into the faces of a whole mess of minotaurs. One series that arguably never hit the same heights as it debuted with, is Painkiller.

Whilst technically Painkiller never received a sequel, it did receive a plethora of standalone expansions from a myriad of different development studios. Kicking off with the non-standalone Battle out of Hell in 2004 was original developer People Can Fly, the expansions kept coming, and the reception just got worse and worse as they did. In 2007, Mindware Studios would put out Painkiller: Overdose, a 16-level project that originally began as a fan-made mod, before publisher DreamCatcher granted the studio full financial and technical support. Overdose didn’t really go down that easy, and whilst reviews were mixed, the lack of innovation and slow loading times were heavily criticized. Although this would be Mindware’s final project with DreamCatcher, this would not be the final project for the Czech studio, and it wouldn’t be their final horde shooter.

Originally slated for release on the PC and Xbox 360, Mindware Studios’ Dreamkiller was set to take a heavy gameplay influence from Painkiller, but without the restrictions of the IP and creative control of DreamCatcher. Instead of using People Can Fly’s PAIN Engine, that was used in Painkiller: Overdose, Mindware chose to design their own in-house graphic engine for the game, though this was pretty dated-looking upon release. Aspyr Media handled the publishing for the title køb viagra. 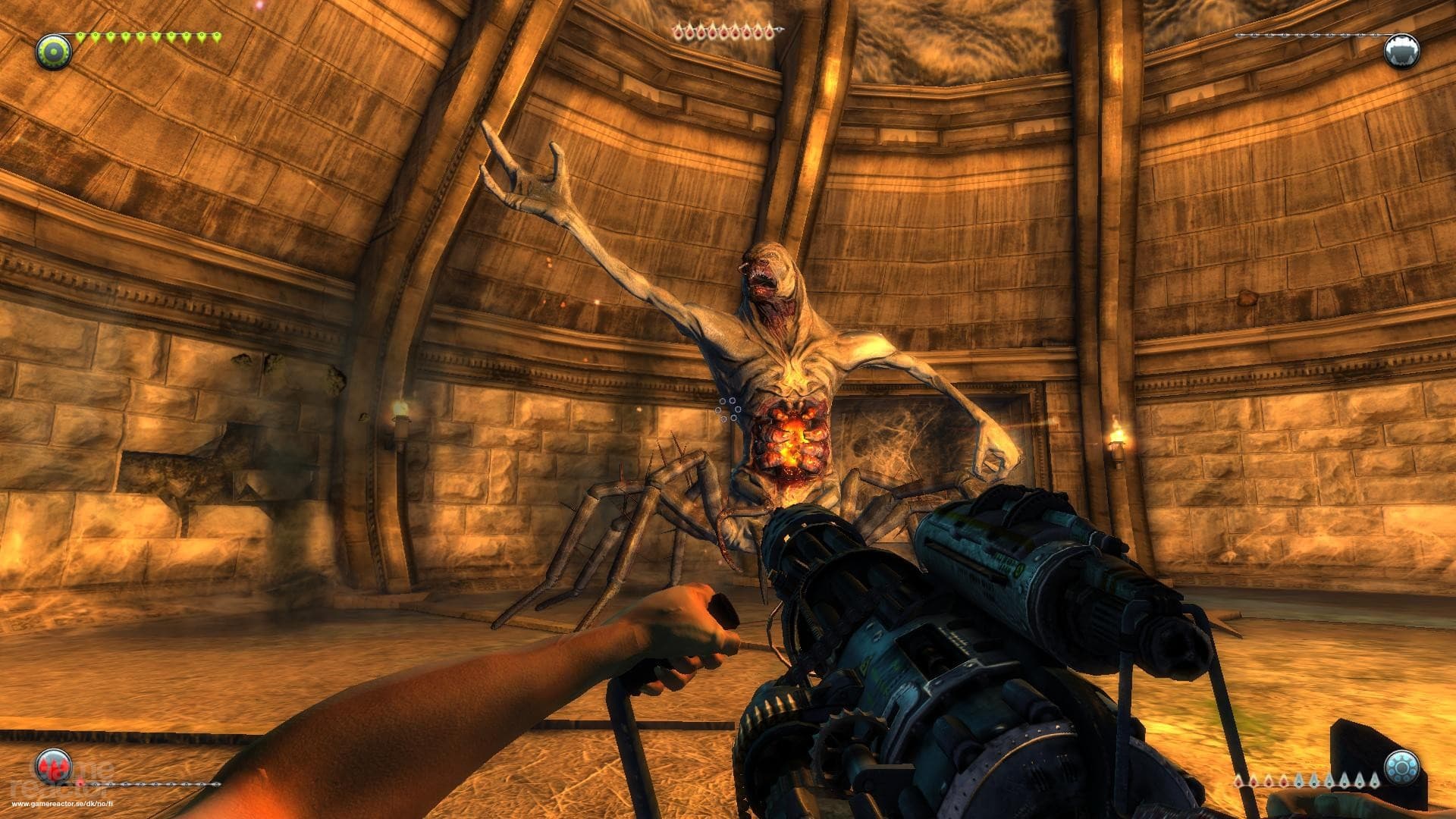 Dreamkiller’s plot is a very interesting one, that some have deemed similar to Psychonauts. You are cast in the role of Alice Drake, a psychiatrist who can go into the dreams of her patients and cure them of their fears by blasting anything and everything she encounters within, whether that be spiders for an Arachnophobe, or living machinery for a Technophobe. It’s a really interesting concept, and the deeper Alice goes into the rabbithole (see what I did there?) the more she begins to uncover something much more sinister.

Dreamkiller is basically more Painkiller. It’s a dark-fantasy FPS with waves and waves of enemies, you’ll need to kill them all to move on to the next room, you’ll constantly feel a mix of being completely overwhelmed and incredibly capable. It’s a lot of fun, and pretty metal. There are four chapters to play through, each with a number of different patients to assist within the individual missions. Due to the different phobias each patient has, Dreamkiller does not skimp on variety – you’ll always be looking at new enemies in a new environment. It keeps things very interesting as you play. Mindware didn’t cower away from boss fights either, and there are plenty of them in Dreamkiller, all of which require different strategies to solve.

Something Dreamkiller does that’s a little different to most first-person shooters though, is that it allows you to change between the conscious and the subconscious via the use of portals. If you see an enemy who is simply a red shadow, you’ll need to jump through a nearby portal to be able to damage it. This is explained away in the lore as problems that reside deeper in the patient’s mind. Stay in the subconscious too long and you’ll start losing health, so things can get very intense.

The arsenal is incredible. Each and every weapon is fun to use throughout the campaign and I really found myself frantically looking to change one up. Alice can only carry one at a time, but always has access to Dragon’s Grasp which is a bracelet-like wrist attachment that is equivalent to a flamethrower, but can also be charged up to crush your enemies telekinetically. Each of the weapons in the game has an alt-fire, and they are all devastatingly powerful. The high-range shotgun, Hailstorm, can freeze enemies with its alt-fire, and then blow them to smithereens with its standard fire. The weaponry is just fantastic. 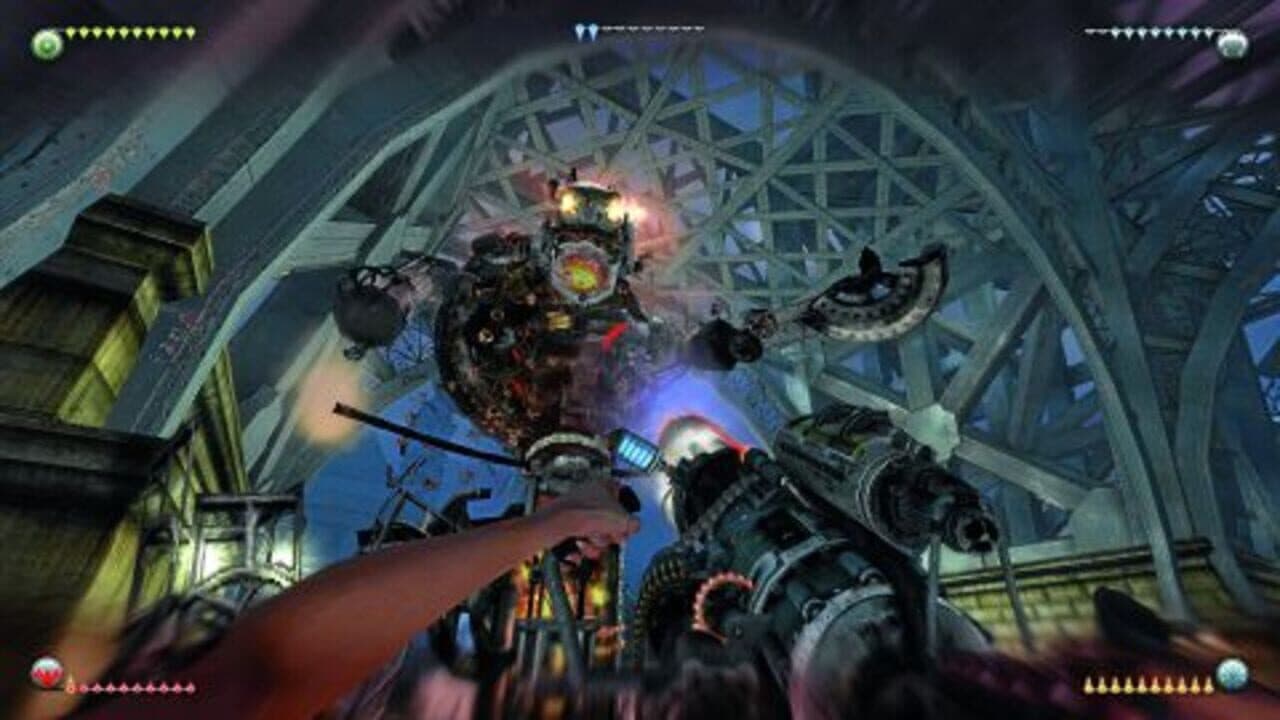 Something I feel very strongly about in regards to Dreamkiller, and more so in regards to Mindware – is that they had a tonne of brilliant ideas. Dreamkiller seems to feature all of the innovation that was said to be missing from Painkiller: Overdose, and I am excited to go back and look at the Studio’s first project – Xbox exclusive Cold War, at some point in the near-future. Unfortunately, other than these three projects, there are no other projects from the Czech studio, as the story of Dreamkiller does not end on a happy note, in the real world.

When Dreamkiller released it was destroyed by critics. IGN gave it a 4.2, GameSpot gave it a 5. It was critically slaughtered. In one of the most incorrectly assigned video game reviews of all time, Steve Butts of IGN called the game tedious and repetitive – a wave-based shooter, tedious and repetitive. It was obvious that Butts lacked experience within the genre, but that didn’t stop him from shitting all over Mindware’s project. The game was quietly removed from Steam without rhyme or reason, and come 2011, Mindware was no more.

Prior to closing their doors, they had been working on a project called Voodoo Nights, which will most likely never see the light of day. It’s a real shame as the team were super-talented and I would love to play more of their works. Mindware is seemingly just another victim of critical band-wagonning and it’s a shame that it wasn’t reviewed by someone more familiar with the genre, as I am sure had that been the case, we’d still have our Czech devs. FrameRater has since covered the title on his YouTube channel, and it’s a great watch if you want to see the game in action. Good luck finding a copy otherwise.

Know of any other underrated, obscure, or forgotten games? Let me know, and I’ll be sure to look for a copy and potentially cover it in the future! You can also have a look at other such games we have covered here.