Talking About The Stars Of E3: Keanu Reeves and Ikumi Nakamura 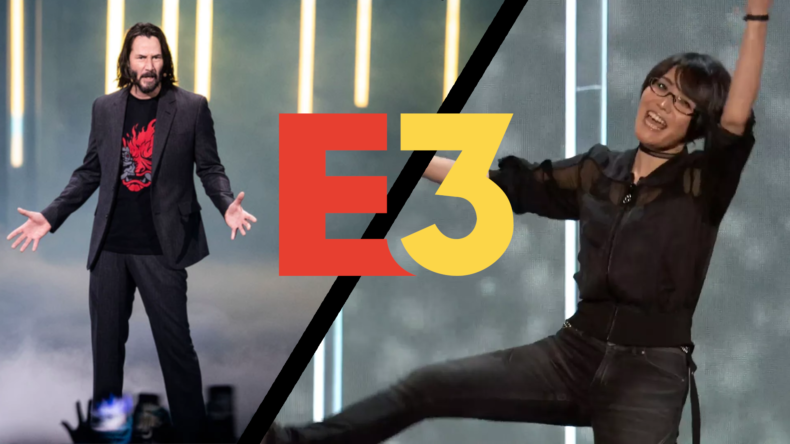 As I sit here reminiscing about E3 2019, replaying the videos of Cyberpunk 2077’s release date reveal and especially Ghostwire: Tokyo’s announcement, I can’t help but gleefully grin while watching the part where Keanu Reeves and Ikumi Nakamura took to stage to present their respective games. It isn’t hard to see the commonality both of them share. I would argue and many might agree that they were the best part of this year’s E3, all because of the way they handled their presentation. We have become accustomed to unemotional corporate heads, delivering speeches of big promises bereft of any emotions, all the while and this is where both of these amazing human beings contrast to the rest of the people at the conference (except you, Devolver Digital).

We all know Keanu Reeves doesn’t have any sort of significant history with video games, but I don’t think I need to tell or convince anyone that he is indeed a genuinely good guy. You could tell by his body language that he himself was excited about the game by the way he was changing his voice, the way he was moving his hands around and just being Keanu Reeves in general. Having starred in probably the most iconic/influential cyberpunk themed movie of the 21st century, The Matrix, Keanu Reeves was the perfect choice to portray (I am not going to pretend I knew all of this lore beforehand, but the internet is a kind place) Johnny Silverhand, one of the important figures in CD Projekt RED’s highly anticipated sci-fi RPG. I found it really funny how a majority of people were relating him to John Wick just because of his recent success in the movie (and uhh.. Fortnite cameo as well), while totally forgetting his role as Neo in the Matrix movies (and Johnny Mnemonic, see the coincidence?).

But hey, let’s not forget that this is a time to celebrate because Cyberpunk 2077, as a project, is a collaboration between one of the best people on the planet, Keanu Reeves, and one of the most pro-consumer, well-respected gaming companies in the world, CD Projekt RED; that is reason enough to be excited.

While it isn’t ideal that Keanu Reeves has become the poster boy of Cyberpunk 2077, all the previews raving on about how Cyberpunk 2077 is like Deus Ex with a huge budget, we couldn’t be more excited.

As for Ikumi, she was just an adorable dork, as I had stated in my previous article – and there is absolutely nothing wrong with that. Instead of seeing stoic industry people who have become thick skinned or borderline insensitive through being silver tongues for game publishers, we saw a person who was excited to show something she has made or rather has a hand in making. Her child-like enthusiasm and nervousness from (probably) stage fright gave her presentation a much needed human moment after the fake enthusiasm behind many of the announcements at the Bethesda conference (*cough* enthusiastic woohoo guy *cough*).

She was introduced to the crowd by the legend Shinji Mikami after he revealed his new supernatural-themed game, Ghostwire: Tokyo at Bethesda’s conference. Symbolically people also took this as a gesture by Mikami-san passing on the torch to Ikumi Nakamura. It isn’t like she needed to prove herself in any way. While her name isn’t as popular as her mentor, she has the pedigree to be his successor. The work she has done in Okami, Bayonetta and more recently, The Evil Within 1 & 2 speaks volumes.

She practically broke many conventions that have been a part of such events since the dawn of time. From her introductory ‘Arigato (Thank you, in Japanese)’ and her weird hand gestures to her final “I don’t know how to end the presentation, so my body is doing what it thinks best” expression, everything felt like a diversion from the usual E3 script in a good way. The zeal with which she presented the game won everyone’s hearts, so much so that people took to the internet to create fanarts featuring her. On her Twitter account, she even thanked all the people for putting in all the effort.

The similarities between Keanu and Ikumi don’t end here though. When you think about it, their moments were huge respites in a rather drab and unsurprising E3. Both Microsoft and Bethesda, for the most part, went ahead talking about stuff that many people didn’t care about while also showing uninteresting things on stage; lots of cinematic trailers and very less actual gameplay. The number of times I have heard “Gaming as an art form” from Phil Spencer now sounds like throw-away (not like it sounded unpretentious the first time around).

All in all, Keanu and Ikumi were the best parts of E3. They brought that human element to the table that E3 sorely lacked and has lacked in the last few years.

Oh hey, you are still here. Well, we do have one more person whom we were delighted to see at E3 after years of following him. Although not a developer or a publisher, he is definitely one of the most hilariously accurate critics of video games- Ben ‘Yahtzee’ Croshaw. The absolute cynic that he is, it was entertaining to see him going around looking at games, passing snarky remarks on them and having a (Not so much) fun time at E3.