Talking about Cliffy B: An Unreal war

by Karan Negi on May 30, 2018
207
0
previous article
PC Gaming Show At E3 To Include Reveals By Big Hitters like Square Enix, Sega
next article
Icey Launches On Switch Today Following 2 Million Sales On Other Platforms 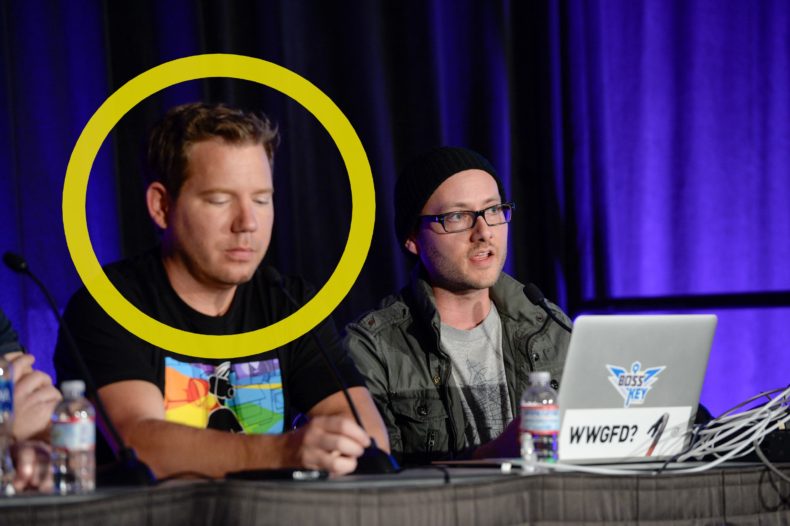 With the recent (unfortunate) closer of BOSS KEY studios, internet knives were out in full force again. Most of them of course, directed towards it’s CEO ,Cliffy B (or Clifford Blizenski, as he’s known in some circles). The always brash, outspoken and opinionated game designer has always been a target of a lot of online wrath, but it’s mostly because he himself has chosen to walk this path.

He’s one of the most famous names in gaming, but also one of the most polarizing. All because he chooses to live his public life without any cover. He says whatever he feels like, wherever he feels like and seems to have little regard for whether or not it might rub anyone the wrong way. This means that a lot of people will instantly dislike his overtly brash personality, which is understandable.

However, all of this has somewhat obfuscated the fact that whether you like him or not, he is one of the most significant figures in the last 20 years of gaming. And this isn’t even talking about his PR persona. He’s been involved in some of the most important design innovations of the late 90’s. Most notably, Unreal and Unreal Tournament. Not only two of the most influential FPS’s ever, but also two of the best. In the case of Unreal Tournament itself, I’d argue that it might as well be the best arena shooter ever made. It has some of the best weapons, maps  (32 in all!) and perfectly balanced gameplay that makes any modern FPS pale in comparison. 20 years since its release, there are few titles that can compete with both it’s depth of gameplay and breadth of content. Not to mention how massively influential it’s been for the FPS genre. There was only one game that was ever able to stand toe-to-toe with the classic-era ID games like Doom and Quake in terms of sheer artistry, and it was Unreal Tournament.

People also forget that he’s kind of well, a prodigy. He actually somehow managed to sell his first game when he was in his late teens. This was what got him hired at Epic games in the first place.There, he developed the  famous Jazz Jackrabbit games that gave him his first little taste of success. These were extremely polished games with smooth platforming and precise shooting games. Jazz Jackrabbit 2 was also noteworthy for having a great, customisable level editor. These are both traits that categorize almost every major release he’s had since then. So as it’s obvious, even at a younger age, he had a knack and drive to develop fully-rounded products that gave players a lot of value for their money. Other noteworthy achievements of his youth include coverage in the #1 issue of Nintendo Power for a Super Mario Bros., and coming in 2nd at the Nintendo World Championships when he was 15. So whatever you may think of him, he clearly had things going for him even then.

For the last 10 years though, he’s been known for two things: 1) Allegedly pioneering ‘Dudebro’ games with the ‘Gears of war’ and 2) Shooting his mouth. Let’s tackle these individually:

As far as 1) Gears of War is concerned, revisionist history has labelled it as an object of mockery. A brainless title for ‘bros’ that feature one-note steroidal characters, dull visual aesthetic, dumb storytelling and mindless gameplay. All of that is decidedly horseshit. It’s got a cheesy exterior, but it’s one of the most polished, fully-featured third person shooter series to have ever existed. It’s got outstanding production values, great world-building/lore, realistically-proportioned female characters, and no pandering to any type of left/right demographic whatsoever.

All of that is coupled around superb, weighty, gratifying third person shooting that even features one of the most memorable close quarter OHKO attacks in history, aka the chainsaw lancer. It’s an ingenious solution for risk/reward situations when things go bad in combat situations, as well as a great offensive option. Full credit to Cliffy B and his team for figuring it out. The series established itself as an early innovator for 7th gen, and the original trilogy on the Xbox 360 still remains extremely memorable to this day. It had dark/grimy atmosphere, huge epic set pieces that are not only extremely creative, but far ahead of its contemporaries.

Now as for 2) well… yeah he shoots his mouth a lot. Too much in fact.

Cliffy B has always presented himself as a loudmouthed, opinionated ,extremely brash person who not only talks too much and too loudly, but also loves listening to himself. This makes him come across sometimes (or maybe a lot of times) as the very personification of a human internet comment. Whilst it’s really charming that he talks so fast (which indicates an extremely rapid thought process. He’s no doubt a smart dude), often his mouth gets too far ahead of his brain. A no-filter personality is always enjoyable to watch, but sometimes it can equally be almost as cringe worthy. It’s always fun to watch him when he makes some crude but logically-sound statements, like: criticizing the used games market, predicting the future of shooters ,lamenting the state of modern shooters and of course, metal gear solid.

But then he’d cross uncomfortable boundaries by slagging off Uncharted 3 (a game made by developer freinds of his. Who does that seriosuly?), accuse journalists of biased Gears of War 3 review scores (A game that scored 90+on metacritic), showing off his lavish-lifestyle (and Lamborghinis), defending Microsoft’s top honchos by their wealth/net worth, so on and so forth. It’s hard not to be annoyed. He seems less like an edgy, anti-authoritarian, outspoken developer, and more like a tantrum-throwing child that wants to make it all about him. Some of the sheer immature stuff he’s tweeted over the years absolutely makes me amazed that he was able to lead large-scale projects, let alone successful ones. If he’s so insufferable in public, it’s absolutely nightmarish to imagine him behind closed doors.

All of this of course, comes into play with his recent circumstances. As the CEO, he was the public face of Boss Key studios, and lead designer on LAWBREAKERS. He had the chance to show a new side of his personality and emphasize that he was finally growing up. He didn’t do that of course. He decided to go the other way, and be even more insufferable than before. Bear in mind, this was for his own company. Instead of representing it, he went about once again mouthing off like a 15 year old boy. Using phrases like “The Dark Souls of competitive shooters” and “The next billion dollar IP”. It also didn’t help that he slagged off Overwatch every chance he could get. Certainly not the best thing to do to one of the most popular games on the planet , by one of the biggest developers. Even before LAWBREAKERS launch, Cliffy B had painted a huge target on his back. There were no doubt people begging to see him fail.

Which is exactly what happened.

As it’s public knowledge by now, Lawbreakers bombed. Hard. An year after it’s inexplicable disastrous launch, Boss Key productions shut down, and Cliffy B had no choice but to melt his persona aside, and admit his recent defeat (something he was sidestepping till now). The sad failure of Lawbreakers and the embarrassing last minute salvage job that was Radical Heights have no doubt put his reputation in jeopardy. He will no doubt not be making a “billion dollar IP” anytime soon, and judging by his recent tweets, doesn’t seem to be handling the whole maturity/humbling process too well.

Most people will say: ‘Hey all of this is part of the Cliffy B persona!!’, and that might be true. But to be frank, it’s kind of become tiresome. We all love a bit of brashness and trash-talking but even the ‘edgiest’ of personas develop a sense of maturity and responsibility as they grow older. Cliffy B has had a great life, successful career and has done great, positive work that has impacted the industry. He’s at his best when he’s doing that. So he should keep doing it. He’s not self-unaware, and has shown a great deal of introspection and self-reflection in the past. So it’s not hard to want to hope for him to apply all of that to his real life. Cliffy B makes really great games, but right now he’s become more like your toxic (but still entertaining) friend who you keep on blocking periodically on social media. And since nowadays most people don’t have the patience for that  anymore, It’s perhaps time for Cliffy B to also finally change.

Here’s wishing him the best.