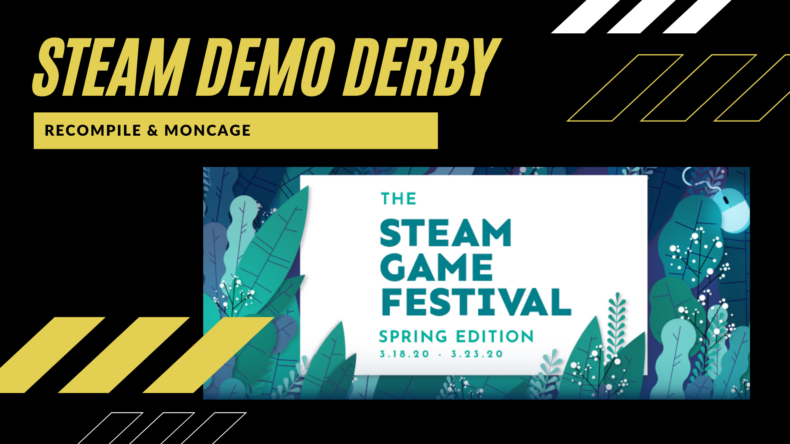 The games we’ll discuss in today’s Steam Demo Derby (here is the link to the previous one) have niche audiences for sure. Recompile thrusts the player into a jolting adventure through the virtual realm as you jump and shoot your way to victory, while the puzzle-adventure Moncage allows you to grab a drink, take a seat and teases your brain at a slow, but enjoyable pace. 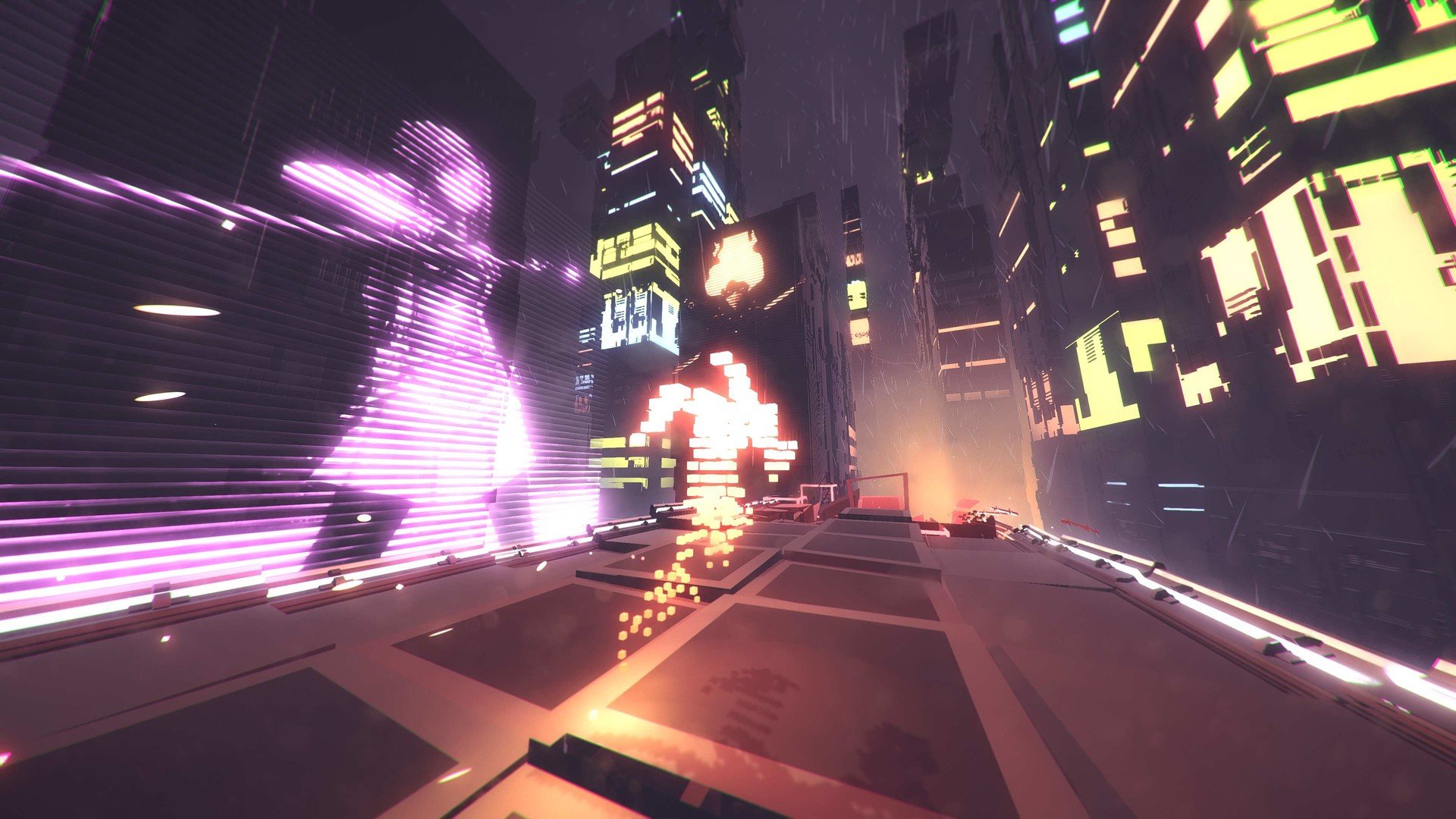 If you put a gun to my head and asked me to name ten 3-D Metroidvanias off the top of my head, my head would most likely be on the floor depending on which gun was used. Yes, that’s how rare these kinds of games are. Apart from the Metroid Prime series, it is nigh impossible to find a game that directly translates the design ideas of 2-D Metroidvanias into 3D. This is where Phigames’ and Dear Villagers’ attempt at capturing that magic of the genre comes in.

Recompile follows a semi-sapient AI as it explores the vast reaches of an ancient dilapidated Mainframe, trying to achieve complete sapience. Based on our impressions of the demo, it features some of the standard mechanics associated with Metroidvanias like the jump and the dash along with some basic third-person shooting elements. The demo also features the ability to do infinite jumps and infinite dashes which the developers say will be end game abilities. Aside from these, the game also grants players the use of bullet time and an ability where the player can stop time and move around blocks with the help of a cursor to get over obstacles. The latter will, according to our intuition, branch out into further abilities that have various effects.

The shooting aspects of the game leave a bit to be desired but considering that the game is a Metroidvania, we are sure there will be abilities that allow the players to force enemies into submission through other means. Apparently, there is a consequence system for what you do to the NPCs/enemies in the digital world. It’ll be interesting to see how everything works together as a system since those elements also allude to the game delving into Immersive Sim territory. 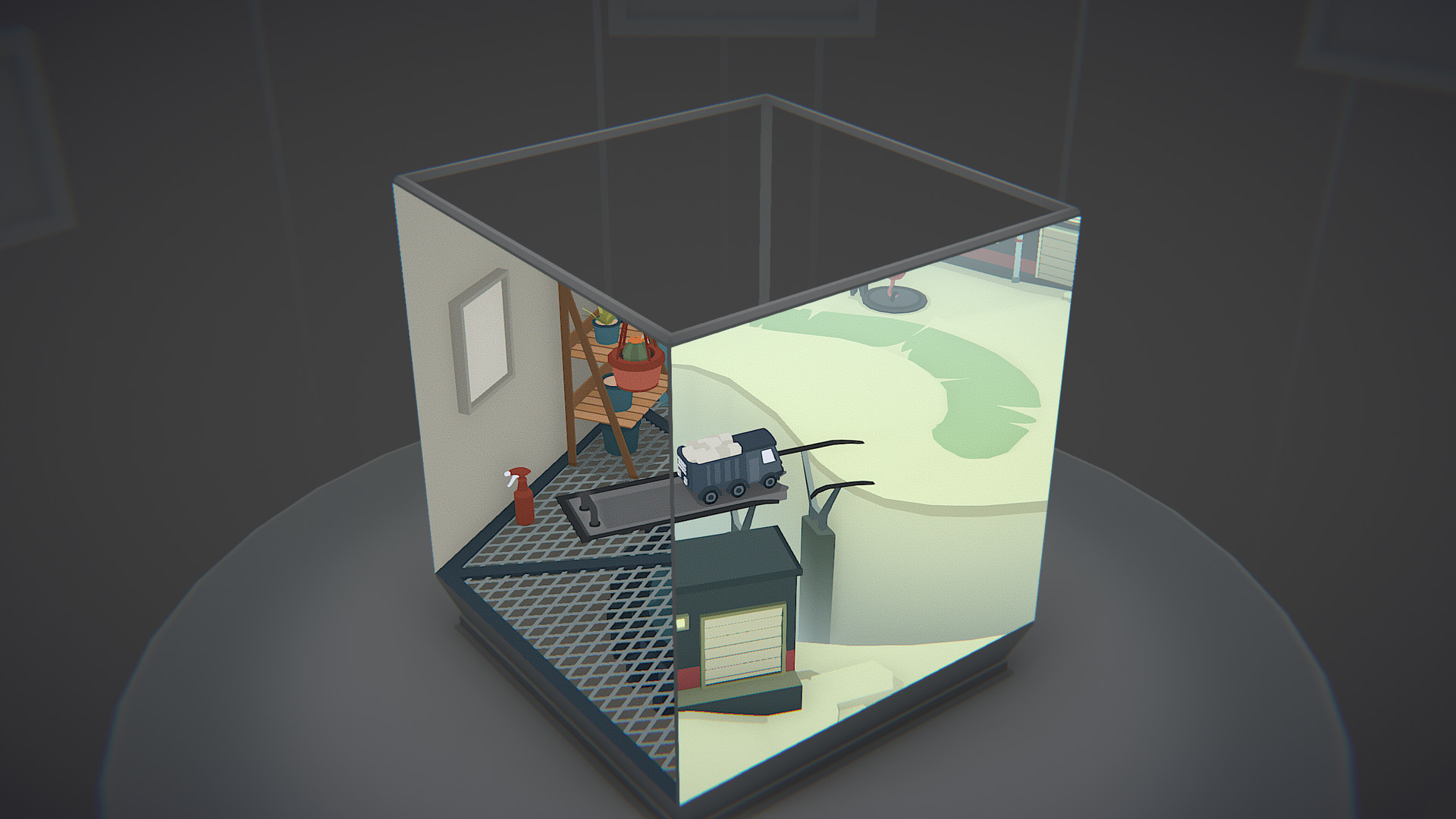 There is no shortage of creative ideas and talent in the underground indie scene, and Moncage is just one example of this. Developed by OPTILLUSIONS, it’s a perspective-focused puzzle game with a mind-bending twist.

The entirety of the game takes place in a cube – here, each face will progressively feature new 3D areas to peer into. Something like peeking into a portal you shoot out in Valve’s Portal games. Each area is uniquely themed with cutesy, cel-shaded environments, and just a chill vibe all around factoring in the ambient background music – this is a very laid back game. These diarama-esque arenas also have a couple or more interactive elements for puzzle solving.

The objective? Utilize two adjacent faces to progress a roadblock that arises in one of the faces. This is done by changing the camera perspective to match halves of two similar looking objects to essentially create a solution. So say, a metal grate in a study room area can be “attached” (perspectively) to a broken metal bridge’s front to help an obstructed vehicle pass through.

A lot of trial and error is needed yes, but the satisfaction that stems from figuring out the solution as the new object tool glows into existence is second to none. It’s a simple formula, with exquisite execution.

There are some collectibles as well: photos in particular that depict people engaging with one another or just random objects. These seem to indicate that there could be an underlying story. But how these aspects play into the game world or design is a mystery as this is a demo – which by the way ends with some loose ends as far as gameplay goes. A tad disappointing in that regard but overall, definitely a game worth checking out for it’s unique spin on the puzzle genre.