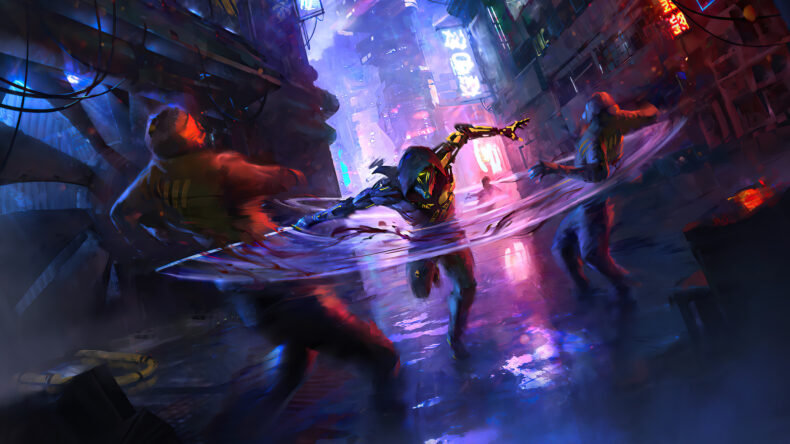 Hype for cyberpunk-themed games is at an all-time high as of late with CD Projekt RED’s upcoming open-world RPG, Cyberpunk 2077, and that has had a side effect of other upcoming games in the genre getting some limelight too. One of them is the parkour slasher Ghostrunner – which has a limited time demo up on Steam right now, available for download til 13 May 2020.

Developed by One More Level and published by All in! Games, Ghostrunner is more or less exactly what it sounds like: you play as a futuristic ninja running, jumping and sliding through a heavily guarded facility. A mysterious entity whispers to the protagonist via telepathy to set it free, and this can be achieved by overcoming the challenges faced in the game’s linear rooms filled with gun-toting baddies and obstacles. The game is also beautiful to look at, courtesy of Unreal Engine 4 as neon lights and limitless industrial structures loom around the character – pair this with a head bopping techno soundtrack and it puts you in the mood to slice and dice.

That brings us to gameplay: the simplest way to describe Ghostrunner would be Mirror’s Edge’s first person parkour with the one-hit death design of Hotline Miami. While executing enemies only needs a simple click of the left mouse button to slash with your katana, our cybernetic ninja makes up for lack of combat variety with robust mobility mechanics. In addition to running on the ground and sliding, there is also a dash system which allows evading and even slowing down time to strafe and avoid being hit by the annoying enemy projectiles. Make a mistake and you’ll die quickly but revival is equally fast to get you back in the action. When you finally figure out enemy positioning, routes to get to them and their firing pattern, Ghostrunner turns into a satisfying adrenaline fueled dance of death.

The demo is also quite polished and well optimized. There isn’t much too complain about in terms of gameplay besides the times grappling hook doesn’t work, even when the point glows blue; a small blemish in an otherwise fun game. The demo took me around 26 mins to beat, and once you’re familiar with the mechanics you can probably do it in much less time. It’s also a small download at 2 GB file size. Excited to see how the final game turns out. 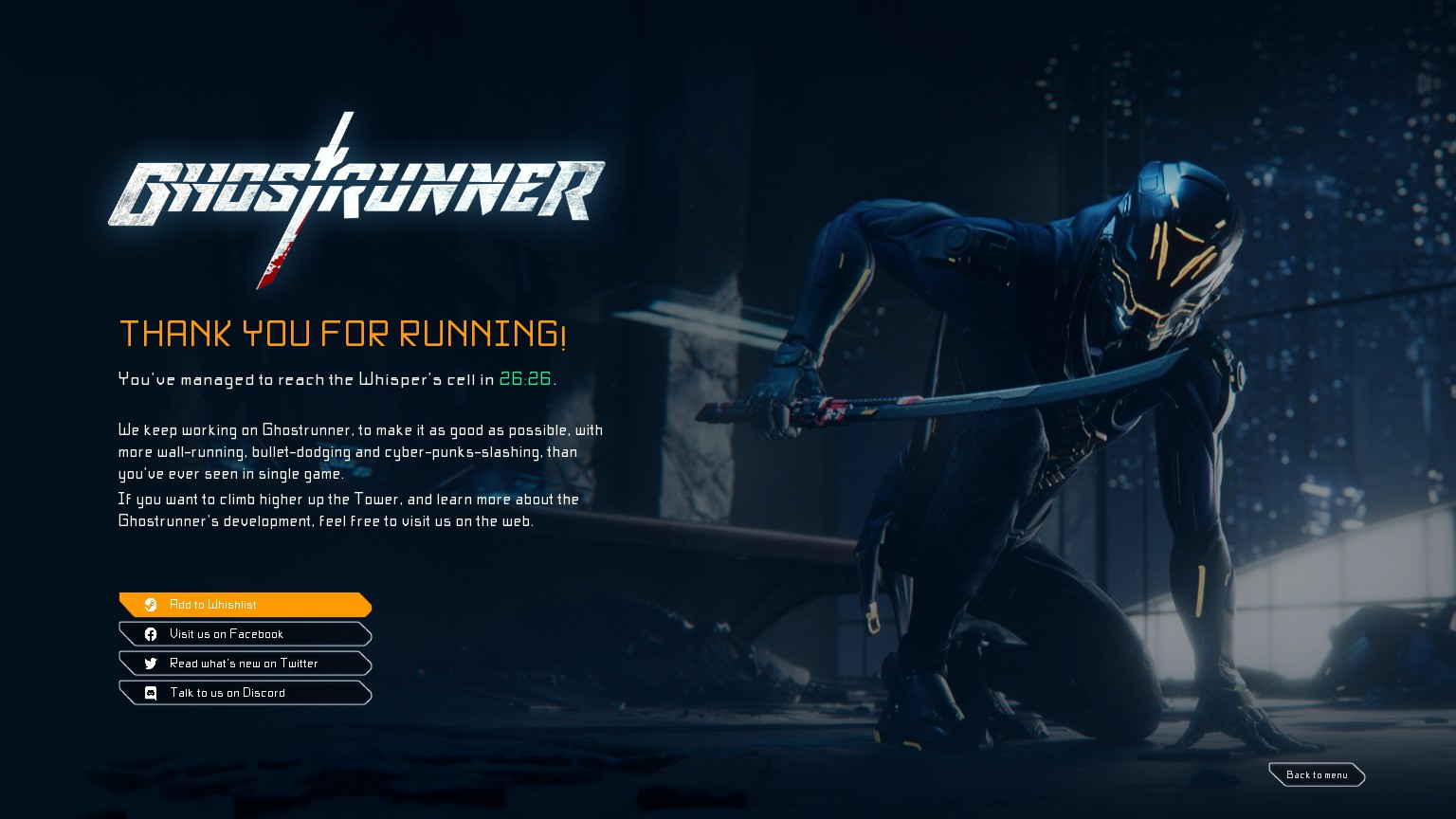