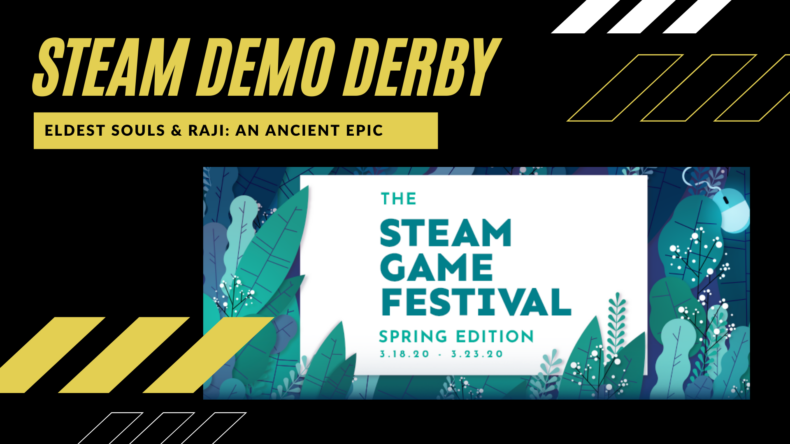 Since the Steam Game Festival is live right now, it’s a great opportunity for players to check out some attractive discounts, fresh new titles and by extension, DEMOS. This debut editorial series, Demo Derby, aims to bring you some slick impressions of the newest and whackiest demos on the Steam store and for today, we’ll detail two titles – one being a fascinating, yet familiar indie experience while another brings in something foreign to the usual player’s table front.

Boss rushers are a niche genre as they have ‘challenge’ at the core of their design philosophy, something that isn’t favored by the majority of the crowd, journalists especially. However, hard games connoisseurs like me tend to revel in them. This is not to have some sort of bragging rights (Or maybe it is) but because without challenge there is no struggle and without struggle, there is no euphoric sense of achieving something through sheer effort, patience, observation, and execution. These games are special because they rely purely on the skill of the player and not on incremental equipment stats that make cheesing less time-consuming.

Eldest Souls is one such game that is mashing the boss-rusher formula with that of Bloodborne’s health regen mechanic, allowing you to gain health by bitch-slapping an enemy, sort of. The catch here is that it is the charged attack fills up the “Bloodthirst” meter and as long as that meter is filled above half, players can keep smacking the enemy and regenerating health along with doing more than double the damage.

The bosses themselves are well designed aside from the fact that the second boss seems one inch short of copyright-infringing Gundyr from Dark Souls 3. In all seriousness though, the fights are grueling since they do take a couple of minutes to complete. Without the option to farm EXP and upgrade stats, players might become frustrated rather quickly. But then again, that is par for the course in such games.

As per our impressions of the demo, which is most likely an extremely early section of the game, the “Bloodthirst” meter depletes rather quickly. The normal attacks inflict pitiful damage, compelling the player to time their charged attacks and exploit that small window of increased DPS. As players defeat gods one after the other, more abilities unlock, stats increase and upgrades are made available to them. Minor side quests are also a part of the game that are obviously present to flesh out the world.

Quite like the Souls games/clones, exposition is minimal. Players are dropped in a dilapidated world and expected to observe and understand why the world came to ruin. In the world of Eldest Souls, the basic premise is that the great gods inflicted their wrath on the world as the last act of vengeance for imprisoning them. The Great Crusade that was sent by the king to slay gods has been wiped out and only a few survivors remain. The player, a knight, is the last hope for humanity with the singular mission of slaying them all.

Let’s not ignore the fact that the sword of the main character in the game looks extremely similar to the one Guts carries around in Berserk, the actual inspiration for the world of Dark Souls. 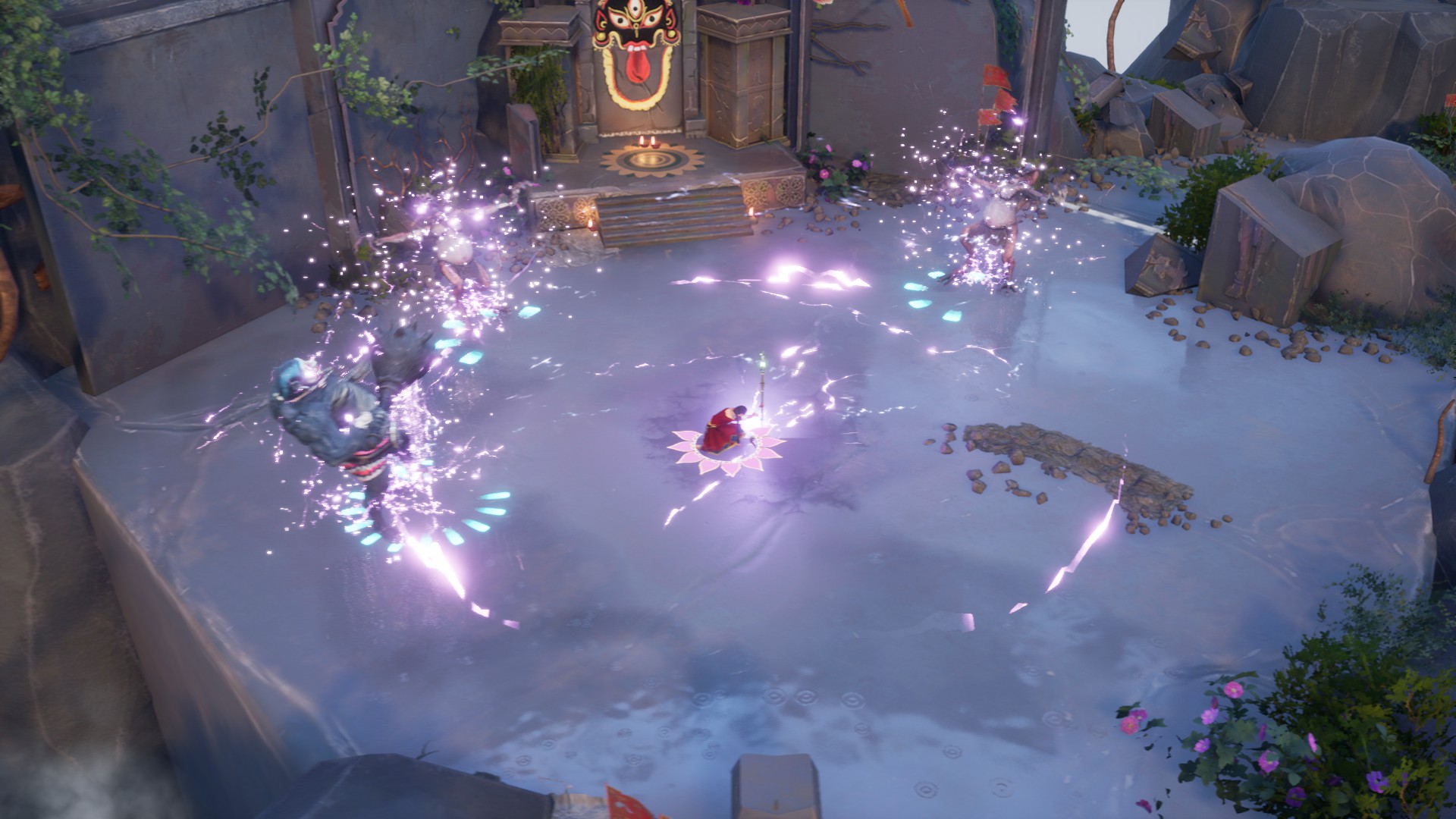 Despite having a booming CS/IT market, India has never really been known for contributing to the worldwide video game industry, or even it’s own, infant one. Yet that looks to change with a few bold indie devs stepping forward and taking the initiative. One of them is Pune-based Nodding Head Games, with their premier title Raji: An Ancient Epic.

Hindu mythology is a heavily underutilized setting in gaming (although not surprising given controversies in the past). But if done right, it’s a fresh ray of sunlight and a potential new fascination for non-Indian gamers. Raji too explores the extensive Hindu mythos by spinning it’s own take on established folk tales about the deities (or devas) and demons (called asuras).

Throughout the demo, the plot is fed to the player via minimalist but pleasantly made cutscenes. However the tale it tells isn’t mind-blowing in any way: protagonist Raji is separated from her brother Golu who’s been kidnapped by the demon Lord Mahabalasura after a demonic invasion on the earth realm. Chosen by the gods to cleanse the unholy terror, Raji embarks on a journey across ruined temples and towns to face ugly hordes of asuras.

The levels are linear but amazingly designed with intricate statues, detailed paintings, and plentiful flora. It’s an apocalyptic depiction of ancient India, one that’s sad but beautiful at the same time. The art designers did a magical job with Unreal Engine 4.

The gameplay is inspired by Prince Of Persia and it’s a fairly straightforward matter in that regard: Raji can dodge roll, climb specific pillars, jump across gaps and even run up walls in a short burst. There are a few platforming sections peppered throughout the gameplay. But when Raji isn’t hopping from pillar to pillar or moving around, with anklets chiming and taking in the atmospheric scenery, she’s fighting demons fearlessly.

These countless enemy encounters lock you in a room or area you enter with spawning demons, about 3-4 of them at a time. These include a fat, giant demon that swats at Raji with a club and a goblin-like creature that hops around, occasionally throwing a green projectile at her.

Combat is a simple hack & slash affair, with easy combos that the little girl can perform with her goddess Durga-granted trident that also backs up as a long-range, magical electric spear. She can also upgrade her forte by praying at unique deity altars – basically progression upgrades, like Kali’s AOE attack. Overall I felt the combat leaned towards clunky – it certainly wasn’t impactful in any sense, and the low-health finishers felt barebones too.

While everything is satisfactorily done, there are a few design issues (with AI, camera, moveset, health drops etc) and the product as a whole still lacks polish in terms of gameplay and technical aspects – like I had a demon somehow get stuck a few feet into the air after knocking it away. If not for the long-range attacks, I wouldn’t have been able to beat it. But it’s still a very promising product in the end. We have our eyes on this one, and we’d recommend you keep Raji on your radar too.

by Pratyush on September 2, 2020
As we enter the holiday season, game releases will start ramping up, with September acting as the transition month into what I like to call “Wallet Looter” months, literally and figuratively. Massively budgeted ‘products’ aside, [...]
comments
Leave a reply