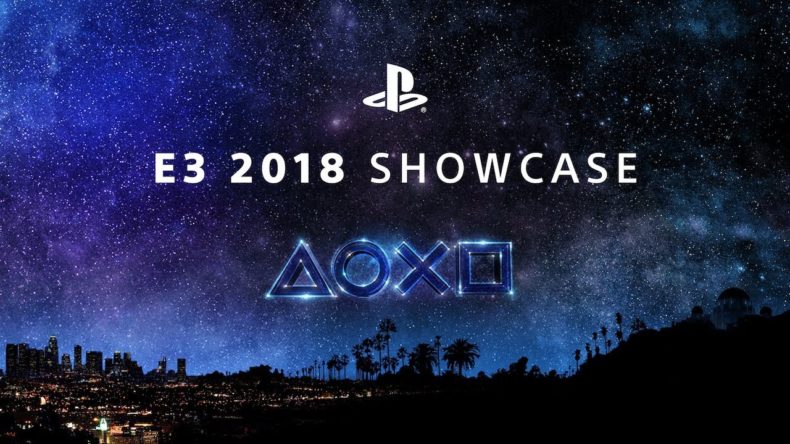 Like most of you, we saw the Sony E3 conference. However, we then got busy and fell into our regular schedules. Since we now have the time, here are our thoughts regarding the show. Both of us have been skeptical of Sony this generation, so did anything happen that helped change our mind? Read on to find out.

Karan: So Pratyush, let’s start with our thoughts on the Sony E3 press conference. Honestly, I wouldn’t say that my mind was blown by it or anything. Sure, Sony had promised a low-key event, which is what they did. It was a fairly straightforward showing, but aside from NIOH 2 and some cool (but still problematic) footage of Spiderman 2, nothing really caught my fancy. Sure, there is the RESIDENT EVIL 2 remake we all should be excited about, but as one of the game’s biggest fans, I’m on the skeptical side for it for now. Plus, it will probably will be multi-platform.

Pratyush: I found it really funny honestly. Microsoft displayed both Devil May Cry 5 and Sekiro, two games I am very hyped for. I felt a lack of Japanese titles which I am personally more inclined towards and as you mentioned, Nioh was there to fill in that gap, though it was a real surprise considering they released Nioh last year and are working on Dead Or Alive 6. Sony’s conference did change my mind about Spiderman. The last reveal was scripted beyond my liking while this time around, it looked more free flowing. I do think the combat feels a lot like Batman, especially the enemy design, but after this presentation, I am willing to give it a go.

Karan: The thing with me, regarding Spiderman is, it still kind of looks like the ‘cinematic gameplay’ trend that Sony is content to sticking on throughout this generation. And while the visuals look absolutely stunning, it still looks like it follows the formula of every other Spiderman game in the last 10 years. You swing around the open world, go to mission markers etc. I was hoping for a more creative take on it. Imagine a ‘Persona’ like Spidey game, where you have to juggle between Peter Parkers’ social life, and the responsibilities of being a superhero. I think that is basically why anyone relates to Spidey, because he’s basically like us. The combat looks fun and all, and I loved the Sinister Six showing up, and hope for more villains and Marvel cameos. I still somewhat fear, that it will be some stretches of gameplay, followed by long, drawn out cinematics, like most Sony games are. What I loved about Rocksteady’s ARKHAM games were that they focused on almost every aspect of making the player feel like Batman. Both the psychological, technological and physical. I’m hoping Sony and Insomniac have more tricks up their sleeve when the game launches.

Pratyush: It does feel cinematic indeed. Especially when you consider that we will be able to play as Mary Jane, in a few of the ‘story’ missions. As for the formula, I wouldn’t mind having all the elements of Peter’s life in the game, but then it’ll not remain an action adventure game anymore, it’ll have to be an RPG for those kinds of systems to be implemented. It sounds appealing, but I doubt the developers would do that because they have to appeal to the mass audience here. I feel that people are going to argue- “Why did you like Batman? It didn’t show the Bruce Wayne side of things.”

Karan: No, as I said, it looks good. Problematic in some areas, but still good. Hope the final product has more than meets the eye. Speaking of ‘more than meets the eye’, what are your thoughts on ‘Ghosts of Tsushima’? Personally, It looks like some version of TENCHU, but less hardcore and more AAA oriented. Which is odd, because the original developer of TENCHU, From Software is now coming up with Sekiro: Shadows Die Twice (shown in the Microsoft conference, ironically), which looks like a combination of Tenchu, Nioh, Onimusha and Otogi, but on steroids. And speaking of NIOH, we’re officially getting a sequel. Yay, Team Ninja. With it and DOA 6, they’re announced they’re back. Let’s hope they soon release a new NINJA GAIDEN, which is by far their best work.

Pratyush: From the previous E3, I was extremely excited about Sucker Punch’s next game. The atmosphere of Ghost of Tsushima and visuals just blew my mind, but I was meh on the combat/gameplay. Probably because I saw Sekiro and DMC5 before with it’s visceral combat and Nioh 2 which was announced later. It’s combat feels like the Assassin’s Creed formula- hold a certain button to parry all attacks that are aimed towards the player and tap the same button at the right timing to perform a counter. I am still going to hold off my judgement on the game till I see a good extended gameplay reveal to make a final call. It seems that my opinion on both Spiderman and Ghost of Tsushima have interchanged after this E3. Getting to the meaty subject at hand, which one would you want to talk about first- The Last of Us or Death Stranding?

Karan: I’m curious about what Death Stranding is. And why Sony and Kojima productions have already blown so much money promoting it in major conferences, and hiring Hollywood talent. I guess only time and Kojima have the answer. As for The Last of Us 2, it looks like the same old. It will probably have similar gameplay and a new story. I guess fanboys will be ecstatic. I will perhaps just complete it once, enjoy it and trade it in. There is one game shown in the conference I’m really excited and curious about, which we’ll talk about in a bit. It’s the Resident Evil 2 remake. What about you?

Pratyush: Well. I don’t know why, but I feel that Death Stranding is going to be stuck in development for a long time (just a gut feeling). Memes have already been made about how the game looks like a contrived mailboy simulator. Again, just like Ghost Of Tsushima, I am going to wait for more gameplay reveals. But hiring actors/celebrities being a Call of Duty marketing gimmick (Kevin Spacey, Jon Snow, Snoop Dog), I am feeling skeptical about the actual quality of the game- partly due to MGSV (Yes I know many would say “B….but Konami”) and partly because of Sony’s insistence on cinematic experiences. The Last of Us 2, I wasn’t able to like the first game, so I have no reason to return to the world again.

Karan: While we’re taking about ‘cinematic experiences’, it seems to me that Capcom has also been taking some notes. While I’m overall very curious and excited about the Resident Evil 2 remake, I feel it’s kind of obvious that they’re making this to be a more ‘serious’ and ‘important’. While it’s no doubt a thrill to see good old Leon Kennedy in a Resident Evil title again (along with his original weapon pose), and it’s really amazing how Capcom seems to have recreated the mood and setting of the game,and I salute them getting it out in time (just shy of its 20th anniversary).I do have a feeling that parts of it will fall victim to the ‘Naughty Dog syndrome’, where you go through long hallways and then watch cutscenes. The developers have promised that it’ll be like the original game with the overworld and looping level design, so I hope they’re not lying. Also, the game will also have multiple campaigns like the original, and I can’t wait to see all the twists and turns from a fresh angle. I just hope it’s that good old mixture of combat, puzzles and exploration like the original game (and has as much hidden content) and not a linear slog.

Pratyush: I do think that for fans of Sony first party, Sony did well, but for me personally, apart from making me warmer towards Spiderman and revealing Nioh 2, there weren’t any highlights.

Karan: Yeah I guess. That about covers it for me as well. While it did have some bright spots, I guess this E3 was laid-back and not very dynamic from Sony’s end. Let’s hope they deliver big time next year

by Zach Murphy on February 7, 2020
The PlayStation 3 began life as a pretty divisive console, it came with a hefty price tag and numerous yellow light related issues. It was a little ugly, and even bigger than the original Xbox. Not long after its release, models were cut back to no longer [...]
Comments
Leave a reply 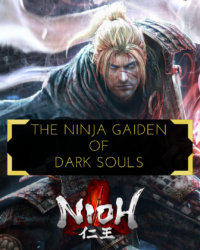 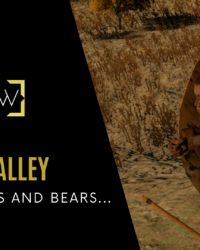 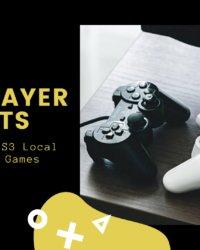 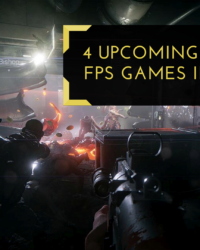 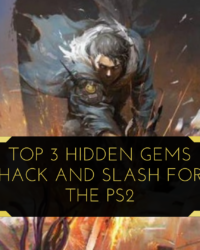