Some Interesting Upcoming Titles We Discovered From PAX East 2020 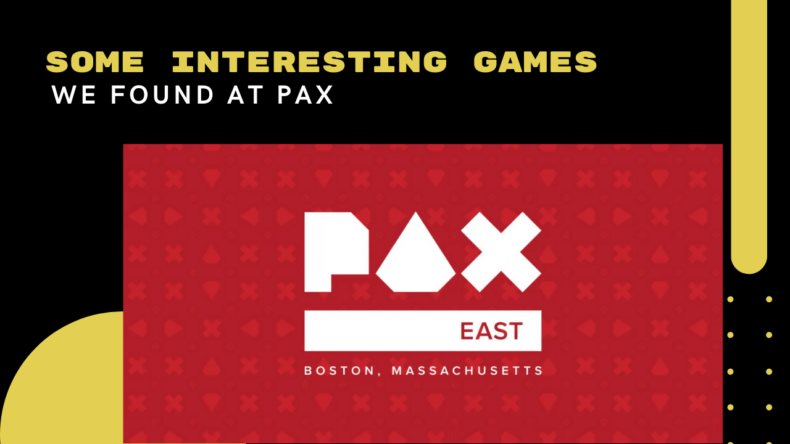 PAX East 2020 is the latest gaming buffet this year to deliver another diverse palette replete with fresh indie gems. Those hungry for some unique flavors, read on and take a look at our handpicked PAX East selections from the Steam sale, and we guarantee some of these are bound to grab your attention.

What is it: The Ambassador: Fractured Timelines is a twin-stick fantasy shooter centered around the ability to stop time.

Why we are interested: Manipulation of time has always been a subject of wonder and intrigue among pieces of media across all forms of entertainment. Bending and manipulating time just seems to have this cathartic and enthralling effect that very few mechanics can replicate. In The Ambassador, players can stop time for a few moments to move out of danger and counter enemies. It feels like one of those games where the core mechanic is used throughout the game while the variety comes from enemy attack patterns.

What is it: Battle through the longest night as Leila, the last member of The Vigil. Uncover the truth behind the eternal darkness, Leila’s mysterious sister, and the eldritch horrors that stalk her in a world that has forgotten daylight.

Why we are interested: Vigil states Salt & Sanctuary to be one of its inspirations and it shows. The animations seem to have the janky yet fluid style that Ska Studios’ games are known for. Even the overall gameplay comprises of a combination of hack’n’slash and Metroidvania-esque world design peppered with Dark Souls-esque atmosphere.

What is it: Survive and unveil the mysteries of the Weird West through the intertwined destinies of its unusual heroes in an immersive sim from the co-creators of Dishonored and Prey.

Why we are interested: The reason is as simple as- “We see a game by Dishonored and Prey devs, we throw money”. On the pretense that the game’s design ethos will reflect what made those franchises great, we are expecting a good isometric RPG with open-ended quests and a decent story-line. It does seem to be in the veins of a game like Seven: The Days Long Gone which is an uncut gem if you ask us.

What is it: Speed through a gorgeous retrowave world using parkour skills and a grappling hook to scale and ride walls in this fast-paced, 3D platformer. Blast enemies, manipulate time and abuse physics to avoid falling to your death.

Why we are interested: As fans of games like Deadcore, Welkin Road, SEUM: Speedrunners from Hell and other similar first-person parkour games, Cyber Hook caught our eye. The game has this slick neon wave art style going for it and has some really good animations for the player’s abilities that include bullet-timing and grappling. Rounding all of this off is the incredible soundtrack that just compliments the art style and the fast-paced nature of the game.

What is it: Ageless is a story-driven puzzle platformer where you must alter the age of animals and plant life around you to progress. Play as Kiara, a young girl who braves through loss as she journeys across a mysterious world to discovers its secrets and herself.

Why we are interested: With Team 17 being the publisher, we can expect a certain level of polish behind what looks like an excellent precision puzzle platformer with an interesting twist on life and death that very much reminds us of Singularity in a way. Aside from the fact that the art style looks gorgeous, the platforming segments look tight and crisp.

What is it: Jump, shoot, and slash your way through 30XX, the roguelike action platformer you can play with a friend! Explore lush, ever-changing worlds that mix precise platforming with fevered combat. Destroy fearsome Guardians. Master unique Powers. Rediscover the thousand years we’ve lost.

Why we are interested: 30XX is the sequel to 20XX, a MegaMan inspired roguelite. From the feature set provided and the trailers, 30XX is proving to be a more refined version of 20XX, an already polished game.

What is it: Take the role of Lucifer and explore a twisted version of heaven. Hack and slash through God’s army, consume the Archangels’ power, and confront your creator.

Why we are interested: With an art style that is strikingly similar to Hyper Light Drifter, Fallen Angel separates itself by being more combat-centric and heavy on hack’n’slash elements with brutal finishes and aerial combos.

What is it: An Indie Visual Novel/Roleplay Game with emphasis on meaningful decisions, character relationships, and a compelling overarching story. Escape the collective nightmare in 12 hours, or never wake up.

Why we are interested:A visual novel + RPG title? That’s reason enough to pick up this curious hybrid. If not, then the Persona 3 inspired colorful cast of characters, Catherine-like nightmare world, interesting writing and engaging card-based combat system are enough to push one over the edge into the dark world of CHROMATOSE.

What is it: Wield your Soulflame. Traverse surreal Dreamscapes. Overcome the corruption of the gathering Storm. This challenging puzzle-action platformer weaves a heart-warming story through stunning artwork and emotive music.

Why we are interested: With Ori & The Will of The Wisps’ hype train moving forward, Evergate caught our eye  at PAX East because of its striking similarity to Ori’s character design. The gameplay only strengthens the notion of similarity. That’s because Evergate seems to be using a move quite similar to “Bash” as its core mechanic. That works in the game’s favor since “Bash” is among our favorite mechanics of the gen.

What is it: As Humanity’s last hope, lead your army to combat in an intricate dance of spectacular actions and counters, using an original Dynamic Timeline System, and face fearsome bosses in epic battles.

Why we are interested: The aesthetic of Nier: Automata and The Saboteur combined with the combat of Divinity: Original Sin games; that is all we know about the game. We missed the Beta that took place back in January 2020, but we find it interesting due to its Dynamic Timeline System; a mechanic that tells the player exactly when each character is going to move during a turn. Players can use certain attacks to push back/delay enemy turns and we are assuming enemies could do the same.

What is it: Equipped with cutting-edge salvaging tech, carve & slice spaceships to recover valuable materials. Upgrade your gear to take on more lucrative contracts and pay your billion credits debt to LYNX Corp!

Why we are interested: I am not sure what the main objective of the game actually is, but cutting up space stations and (possibly) rearranging scraps to make epic-er space stations sounds fun, I guess?