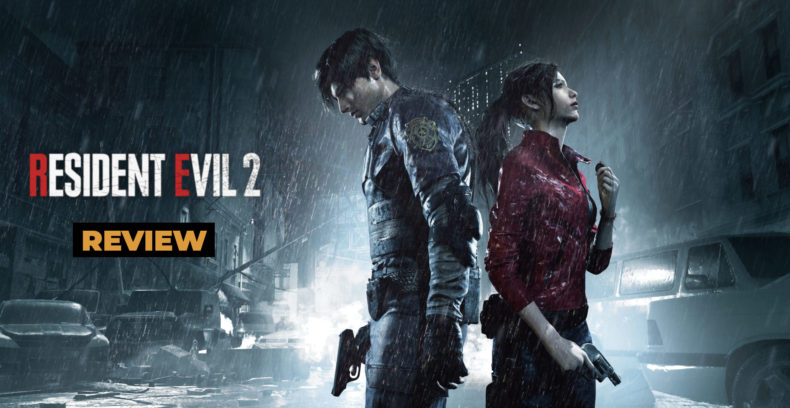 Capcom’s 1998 survival horror classic RESIDENT EVIL 2 is a landmark game. Not just for it’s own genre – but for the gaming medium as a whole. It was a revolutionary title that aside from being a great game, helped pushed 3D gaming towards being more cinematic and story-driven in the PS1 era – alongside other heavy hitters such as METAL GEAR SOLID and FINAL FANTASY VII. It was also notable for massively improving upon the groundbreaking original in almost every way and laid the foundations for future entries the series.

The series overall is renowned for hosting a memorable storyline, fan-favorite characters and tons of classic moments, but if there’s one game that’s most iconic in the franchise, it’s safe to say It’s RESIDENT EVIL 2.

After years of demand and tension between developer Capcom and the RE fanbase, not to mention the series going into some severely awkward directions with some of their lukewarm entries, the company has finally decided to give fans what they want; RESIDENT EVIL 2 has been reborn as a remake for PS4/XB1/PC, more than 20 years after it first turned heads but now with all the bells and whistles that current gen gaming can afford.

THIS IS STILL RESIDENT EVIL 2

The good news is that the game is still (spiritually) the exact same PS1/N64 classic that fans loved back in 1998. It’s not a wannabe Michael bay-explosion fest or an awkward FPS Hillbilly simulator that many AAA games are nowadays; it’s an expertly paced, incredibly tense, action-horror, Metroidvania (yep) with a tight emphasis on exploration, level design, puzzles, combat, and smart resource management.

You still play as the badass Leon and charming Claire. You still explore the daunting RCPD police station and it’s  creepy, hidden underground areas. You still meet the same memorable NPCs and more or less, go through the same situations and set pieces. Even the plot and storyline (while tweaked here and there) for the most part remains the same…. Leon still has his first encounter with Ada Wong. Claire’s, with Sherry. Annette and William Birkin are still that dysfunctional couple. The RCPD, sewers and the underground labs have been (mostly) recreated with painstaking accuracy. Just like the original, Lickers continue pop out of the blue to make you shit your pants. The G-virus still lurks around, and so does the hulking, seemingly unstoppable behemoth Mr. X. 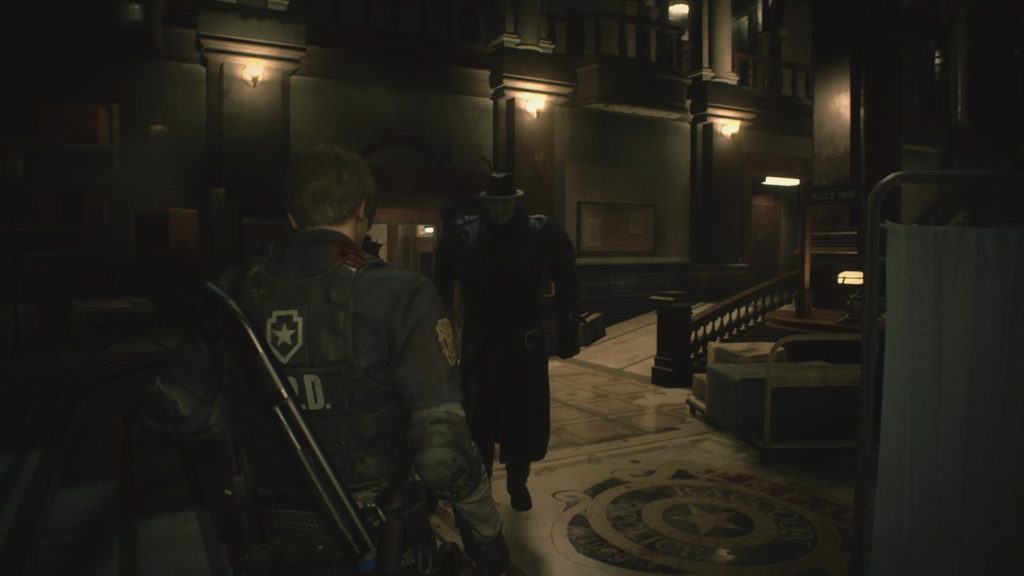 WITH A FEW NEW TRICKS UP ITS SLEEVE

As is common knowledge by now, you now play in an over-the-shoulder, RESIDENT EVIL 4-style perspective, instead of the fixed cameras of the OG game. But if you think that robs the game of its close quarters, pressure-cooker tension, think again. In fact, if anything this game is even more tense than the original (which was slightly on the easier side back in the day).

The zombies are higher in number, they do down with much more effort, and you sometimes have to strategically barricade windows, or they will just keep on coming. The Lickers are even deadlier, move much more unpredictably and will have absolutely zero hesitation in ripping you apart in a few seconds, should you choose to make even a small lapse in judgement.

The RCPD (and the rest of the areas) are much darker now, with Leon/Claire requiring the use of a flashlight for their peripheral vision. Thanks to Capcom’s latest in bouse-tech, the RE Engine, this is the best Resident Evil has ever looked: the play between light/dark is jawdropping, with the superb volumetric lighting makes everything feel much moodier, much more sinister, and shadows amplifying the suspense of a dark hallway, possibly nesting a nasty zombie around the corner – all this backed up by amazing texture work and material effects. The sound design is some of the best put in any game ever—every incoming moan from a zombie makes you nervous, and the blood curling shriek of Lickers will make yo run for the nearest door/exit. Not to mention, the industrial, ambient noise that begins to crank up whenever Mr. X comes to play in tandem with his threatening, footstep sounds that close in over time as he approaches makes your heartbeat go faster every second you play.

The game is completely drenched in mood and eerienss, just like the original and there is the option to play the original music in case you were feeling nostalgic, from the options menu (if you got the Deluxe edition, or purchase it for a modest price). 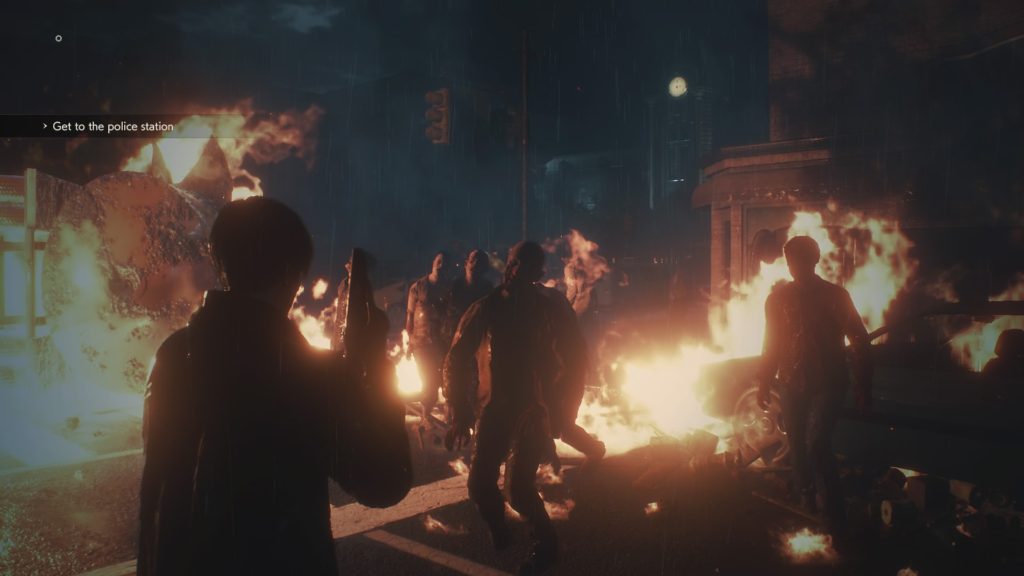 Like the original (but in its own way), the game just strikes the right balance between action and exploration. As you navigate the RCPD, you’re constantly busy. If not hunting for items for progression, you’ll be either shooting enemies, avoiding them, discovering new locations, finding hidden items or discovering new story bits.  The 10-12 hours it takes you to initially beat at least one campaign is filled with constant variety and no unnecessary padding, filler or ‘Tap X’ moments that have made the modern AAA gaming landscape a scourge. Despite the strong narrative (more on this later), this is pure “game”, and interactive as hell; you’re playing all the time and not watching.

AND THE CLASSIC STRUCTURE INTACT

Notice I said one campaign? Well yes, you will be playing the game multiple times if you want to see everything. Beating the campaign from one characters perspective unlocks the ‘B’ scenario from the others’ perspective (called ‘2nd run’ here). You will need to beat at least one of those to unlock the true ending (For example: Leon ‘A/Regular’ and Claire ‘B/2nd run’). Now with all that said, both the regular and ‘2nd run’ campaigns are worth playing for each character. They feature some different locations, weapons, cutscenes and scenarios (including throwbacks to the original game). So just in terms of story mode, we’re talking four campaigns to begin with. 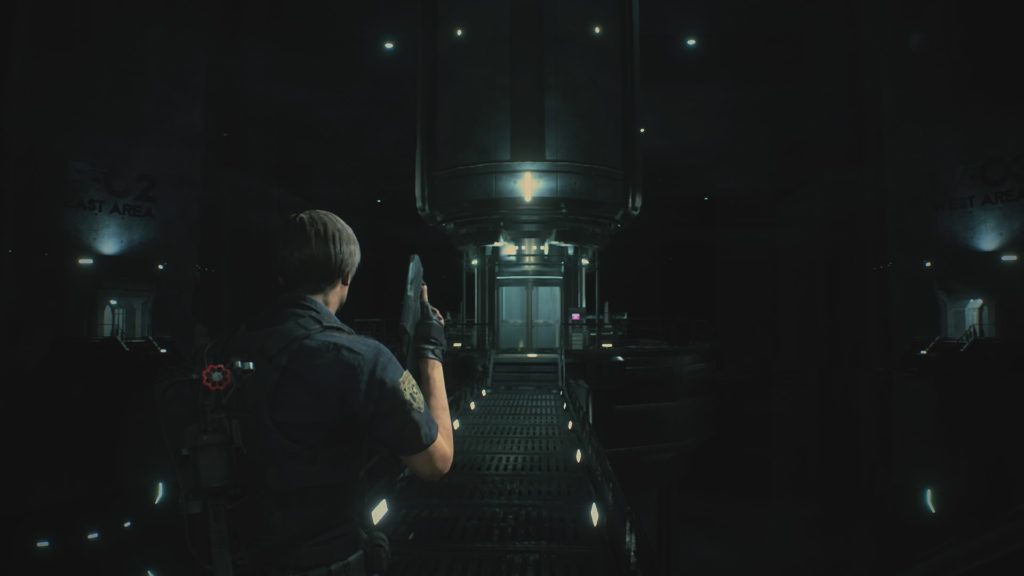 The game is simply jaw dropping to look at

Then of course, there is the unlockable fan favourite ‘The 4th survivor’ campaign featuring HUNK, which in the remake is even better than it was in the original game. It’s an intense taxing ride that lets you go all out with an arsenal of weaponry (including some returning classic weapons) and go crazy. Beating it is no joke, but it unlocks the ‘Tofu survivor’ in which you have NO weaponry. Good luck with that one.

To top it all, there are other bonus game modes that feature all sorts of goofy minigames and silly scenarios like ‘The last survivor’. All in all, the idiosyncratic nature of the original RESIDENT EVIL 2 has been faithfully preserved in the remake, and fans can be thankful for that in this era of sloppy remasters and remakes.

The original RESIDENT EVIL 2 raised the bar for just about everything when it first launched. From pushing technology to design to the series narrative, it was one of the PS1’s crown jewels (hell, even it’s N64 port even managed to include FMV videos, a task previously thought impossible – all in just a ~60 MB cartridge).

Overall, the remake very easily retains the same high water mark of technical excellence RESIDENT EVIL games have al ways maintained. It acts as a technical showcase for the RE engine, with some of the most beautiful visuals this generation of console gaming has ever seen and runs like greased lightning even on base PS4. As good as it looks, it sounds even better—with CAPCOM setting new standards for audio visual design this generation.

Aside from tech, it manages to very firmly integrate very old-school game philosophies and bring them to the modern era. The game forces the player to explore and think for their own instead of handholding them. It features an outstanding narrative that never forces the game to stop in its tracks. Returning fans will get to see new sides of their favorite classic characters and will better understand their motivations. 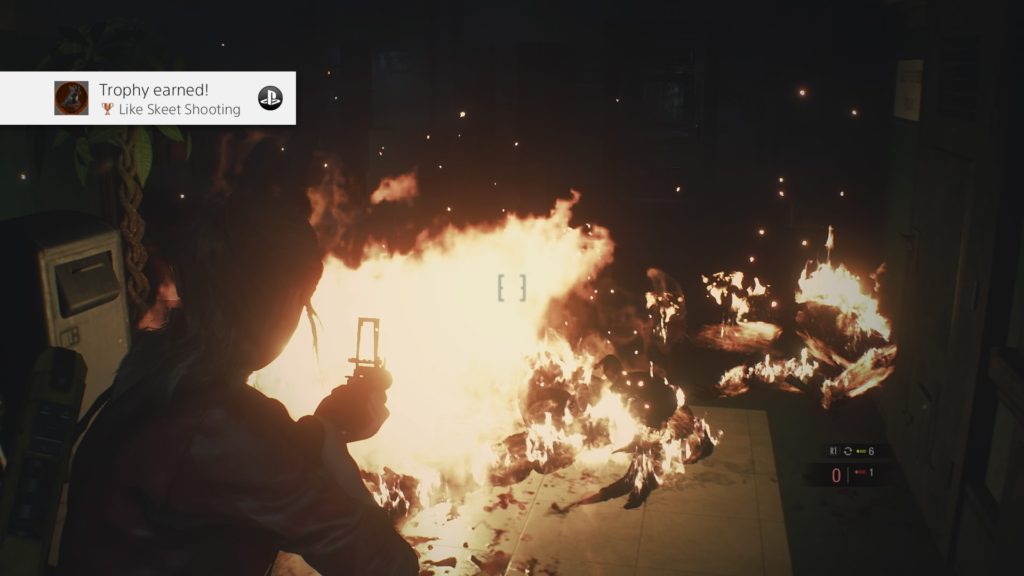 More importantly, it manages to maintain that awesome tounge-in-cheek tone that RESIDENT EVIL games have always prided themselves upon. While it is nowhere near as campy as RESIDENT EVIL 4, it uses plenty of goofy humour to break the tension during the otherwise serious (but not over-serious) narrative. You will both be gripped and chuckle occasionally. In other words, it’s indeed classic RESIDENT EVIL

The RESIDENT EVIL 2 REMAKE manages to bring the series back from it’s identity crisis, and places it firmly back on top of not only the survival horror, but the singleplayer AAA food chain. It’s easily one of the best games this generation, and one of the best in the series over all (and that is saying something). 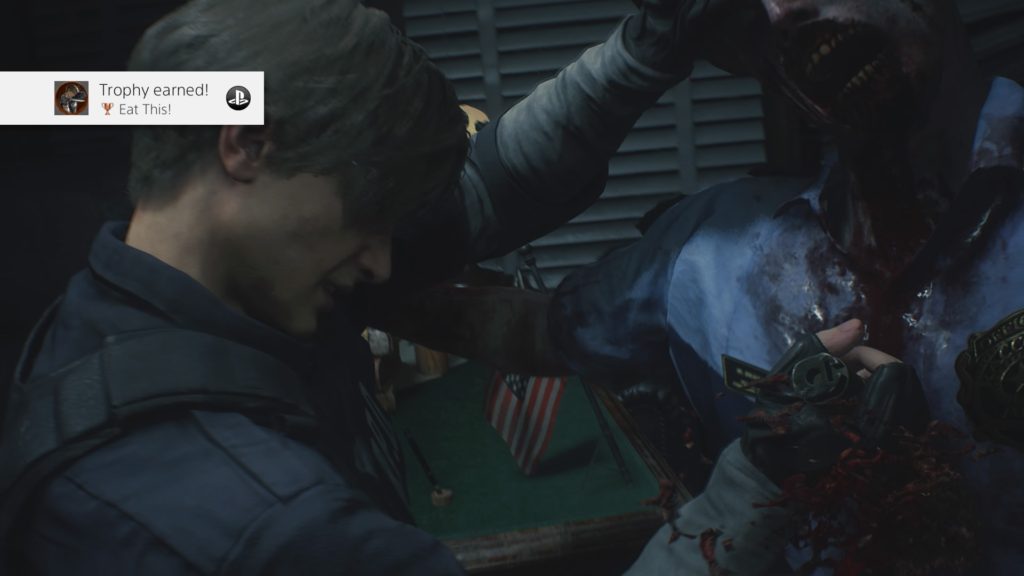 It’s a struggle to survive…and you’ll love it

It’s also one of the best remakes in gaming history, and an even better one for it’s time than the original RESIDENT EVIL REMAKE for GameCube was back in the day. It’s the epitome of old school 90’s gaming (happily) trapped in a very 2018 shell and manages to evoke that era in spirit. Put it simply, no gamer should go without playing it.

Playing games as a child became a lifelong obsession for Karan that somehow he’s managed to sustain to his adulthood. Enjoys Adult, ‘grown man’ responsibilities as much as the next person, but enjoys play old PC shooters, immersive sims and JRPG’s more.
You might also like
Reviews

by Siddharth Patil on September 23, 2020
We here at Gaming Purists are no strangers to indie dev Supergiant Games’ works of passion and creativity. When the California based studio announced back in 2018 that they’re working on a brand new game based on Greek mythology, I HAD to get [...]
Comments
Leave a reply