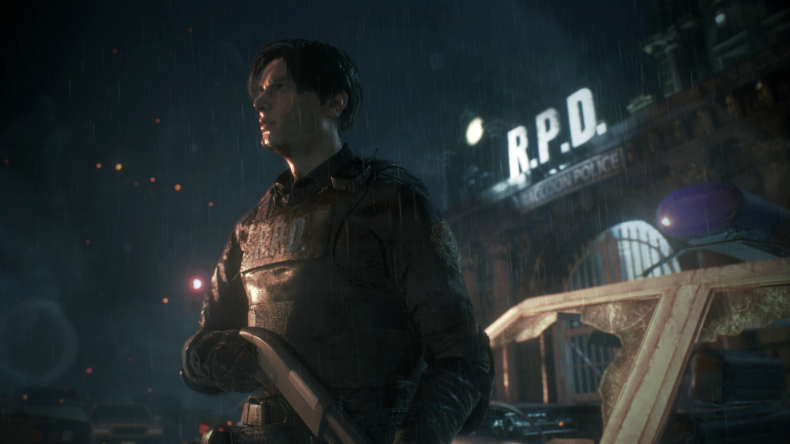 As you all may know. We really love Resident Evil 2. The upcoming remake truly looks like something to behold. Thought the initial E3 trailer seemed a bit ‘off’, once we saw the offical gameplay footage, we were sold. It’s genuinely amazing how much painstaking effort Capcom has put into recreating the Racoon City Police Station. As big fans, we were surprised at how faithful it seemed to the original incarnation, and can’t wait to get into the sewers, and (eventually) the secret labs. Not to mention, playing as Leon S Kennedy in his first official Resident Evil game since 4 (Some people say he was in 6, but we don’t believe them. Or Resident Evil 6’s existence), which ironically means things have come full circle. (If 4 was a continuation of 2, then RE2make is a re-imagining of the prequel to 4. Weird, huh? Anyways….)

While everything looks fantastic so far, some questions burn inside us still. Here they are.

Why is everything so damn serious? 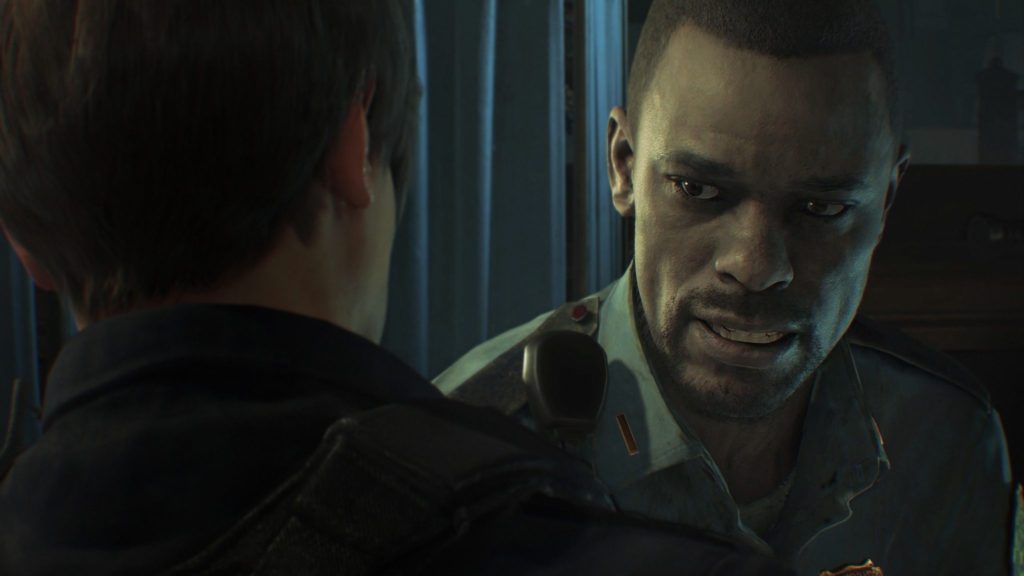 Resident Evil games are always served with a thick layer of cheese, and (intentional) B-movie charm. The original game manages to mix the low-fi feel very well, with some genuine creepiness and a great twist-riddled plot. While we are not doubt sure all of that is present somewhere within its shell, the tone to us seemed a bit too po-faced for our liking. We get it. Times have changed. Grim N’ Gritty storytelling is all the rage in third person games, but Resident Evil is renowned for its cheese. Here’s hoping modern day trends hasn’t swept it aside.

How are they going to implement Mr. X in the game?

Resident Evil 2 had Mr. X, (and 3 had nemesis by extension). It games pioneered the ‘invulnerable asshole who stalks you between gameplay’ to make your heart beat faster, that has become commonplace now. This mechanic has been perfected in recent times, with games like ALIEN: ISOLATION constructing a random AI that made your life a living hell. Since, it’s the next gen and all, we really hope that designers have made the effort of making  Mr. X even scarier than before. Something like this was present in Resident Evil 7 as well, but to be honest, we want more. We want Mr. X to make the Xenomorph in ISOLATION run for cover. It can be amazing.

Will they expand on the plot of the original?

The original Resident Evil 2 built upon the world of the first game. With allusions to the bigger world and conspiracies going behind the scenes. Now that Wesker is officially dead, and Umbrella corporation keeps on being resurrected more than your average horrible failed corporation, it’d be nice to go back to the old story arc. We’re hoping we get to see some extra story details regarding Wesker, Birkin, Spencer and even old stalwarts like Jill,Chris. Everyone already knows who they are and what they were doing at that point, so why not flesh it out more? Heck, they can even show glimpses of the Ashfords from CODE VERONICA ,and that annoying asshole Steve. While, they’re at it, bring back Billy from RESIDENT EVIL ZERO and some side characters from RESIDENT EVIL 4 like Luis Sera, as well. If this game is a true celebration of a vaunted classic, invite everyone to the party. Is all I’m saying.

Will it be as content rich as the original?

Look, it’s confirmed that HUNK and TOFU are coming to the remake. Which is great news for veteran fans. Personally, It’s great that Capcom isn’t leaving behind some of the weirder elements in the series to appease modern gamers. Personally, I can’t wait to play as a giant Tofu surviving a zombie apocalypse. I also hope that the main story itself is split into four like the original. Two campaigns each for each character. I also hope for the return of the Mercenaries mode (I wonder how that’ll work this time). I do hope that Capcom throws in a lot of extra content for fans than expected. People have been begging for this game to be remade for more than a decade, it’ll only be fair to make an offering that is extremely content rich.

Everything else aside, we’re really excited for this game. And also the fact that it’s not long until it releases. We’ll be covering the game more as it nears release date, so stay tuned!