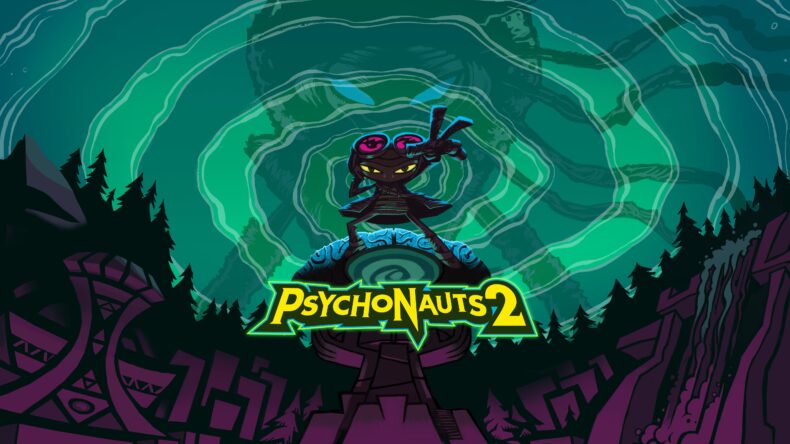 We here at GP love cult classics, and 2005’s 3D platformer Psychonauts tickled our fancy in all the right places. It was (and still is) a very deceptive game to say the least; beneath its child-friendly visuals lies an extensive journey through the human psyche – specifically that of the game’s whacky NPCs. Paranoia, regret, fear, and several other emotions all weave their dusty, deadly cobwebs within the subconscious of each character that you enter. Yes, the protagonist Razputin (an uprising member of a special government organization called the Psychonauts that deals with psychic phenomena) ACTUALLY takes a dive into the minds of those willing and unwilling to navigate the obstacle-laden personifications of their mental state – and even literally sort out their emotional baggage.

A unique concept for sure, married with traditional 3D platformer elements that encourage backtracking, exploration and collecting every shiny tidbit you come across it’s sandbox environments. Combat leaned towards slightly clunky (especially on keyboard/mouse) but it worked most of the time – especially as the game threw a lot of variety at the player with respect to biome variety; one time you’d be exploring 1950’s spy-movies inspired suburban neighborhoods with suspicious cloaked strangers lurking around, other times the game will throw you into Spain inspired neon-lit alleys where a dangerous bull rampages through.

The slightly-creepy-but-charming art style, humour-packed writing, and cool level design ensured it was a memorable experience. Until the final section that is, which left a bad taste in my mouth thanks to its annoying difficulty spikes.

That being said, it still is worth experiencing in 2020 – even more so now that a sequel is coming this year. First announced in 2015, Psychonauts 2 takes place after the events of the VR spinoff Psychonauts in the Rhombus of Ruin (which in turn is a direct continuation of the original game’s cliffhanger ending). It received a debut gameplay trailer at the recent Xbox livestream, which both met and surpassed my expectations.

As the trailer suggests, it is a true blue sequel: a modern rendition of the beloved Psychonauts formula, replete with the LSD-induced, cel-shaded environments – in fact everything that the original is renowned for is present in full glory. The original studio Double Fine are once again behind the project, including designer Tim Schafer among other returning devs. It doesn’t spill anything about the plot besides what’s already known via it’s Fig crowdfunded campaign. However, what is obvious is that the level design has drastically been expanded upon; the original already had some mind-blowing set pieces but this is just next level with bolder, expansive level layouts.

The classic psi-abilities also return and they bring along new mechanics, including a drivable van called Feel Mobile. All in all, it’s a natural evolution of what came before and I couldn’t be happier, truth be told. To add to that, this is the second Double Fine game American actor Jack Black (of School Of Rock and Kung Fu Panda fame) will be playing a role in (the first being Brutal Legend) – that’s even more reason to be hyped.

Still, Psychonauts is one of the last games I would have ever expected to get a sequel (given its lack of popularity) and over 6 years since being in development hell, to see that it’s finally releasing in the future is a dream come true. The original game is one of its kind, and if this sequel is even half as good, it will easily be a GOTY contender when it drops in 2021. My body is ready, and so is my mind.

by Pratyush on July 6, 2020
Regardless of what people might say about video games being violent, it is a form of escapism that no other visage of media can match. Especially when it comes to titles that hand you a bunch of tools of destruction and set you free upon unsuspecting [...]
Comments
Leave a reply