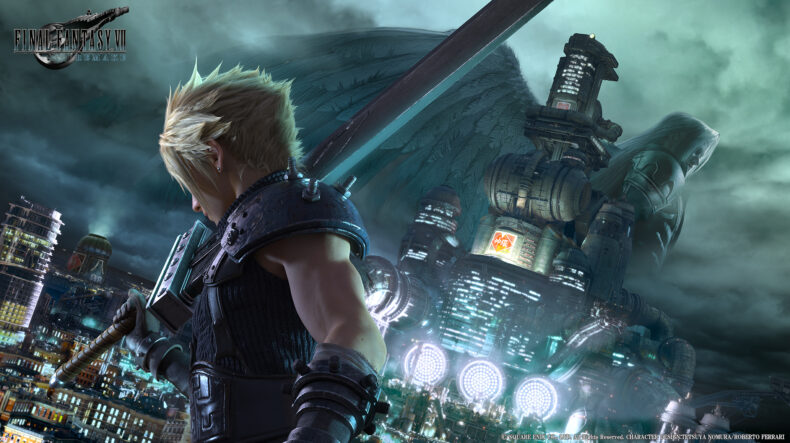 It may not surprise many of you that Final Fantasy VII Remake will be making its way to other platforms. Sony has been very clear from the beginning that the game is a “Play First On PS4” title. The PlayStation YouTube channel uploaded a new trailer about Final Fantasy VII Remake with the director addressing the fanbase and the game. Funnily enough, there are a couple of interesting points that may have gone unnoticed by most. 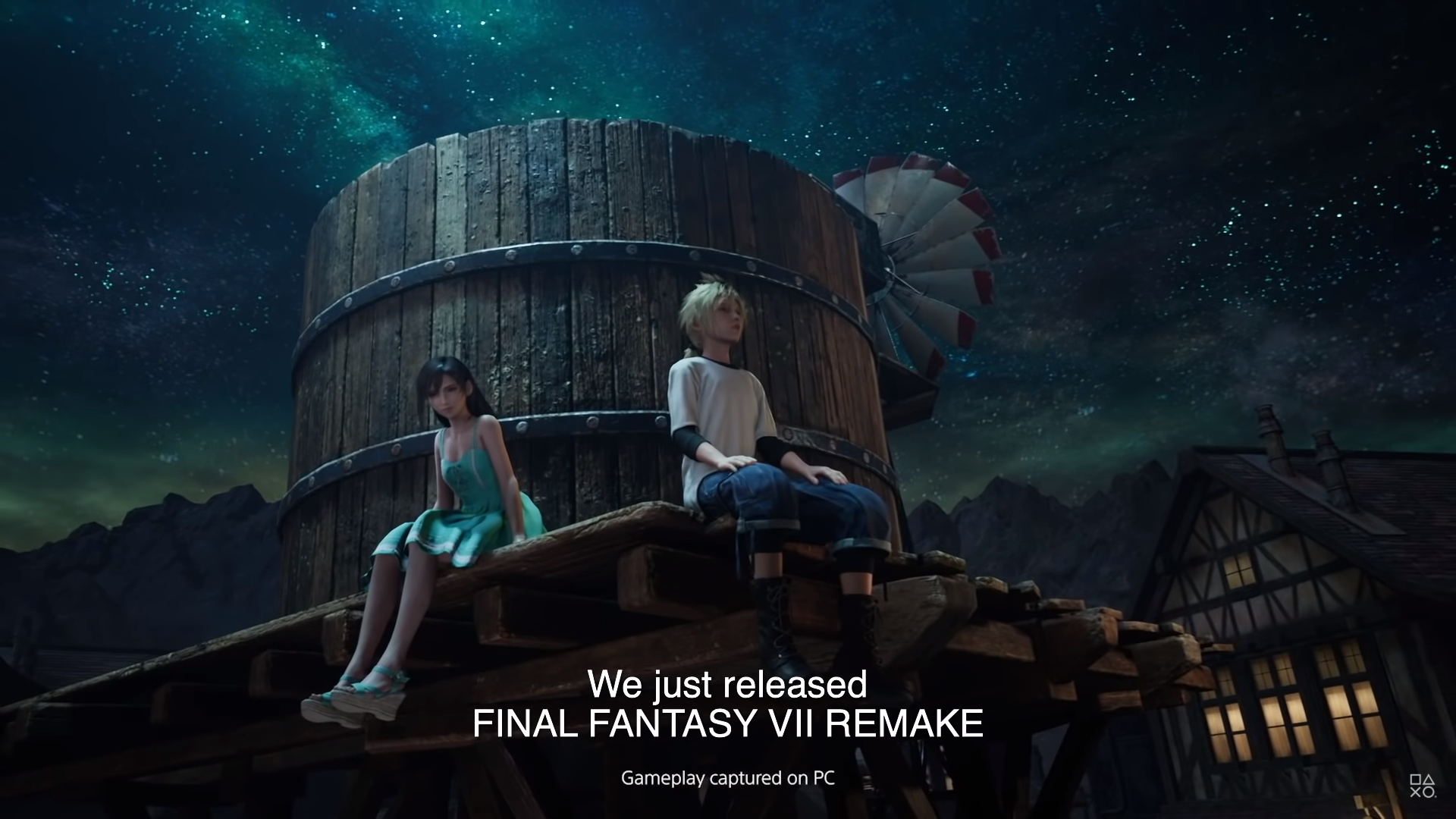 Firstly, one of the cutscenes featured in the trailer says “Captured on PC” at the bottom in small, fine print – despite there being no official announcement of a PC version. Woops. 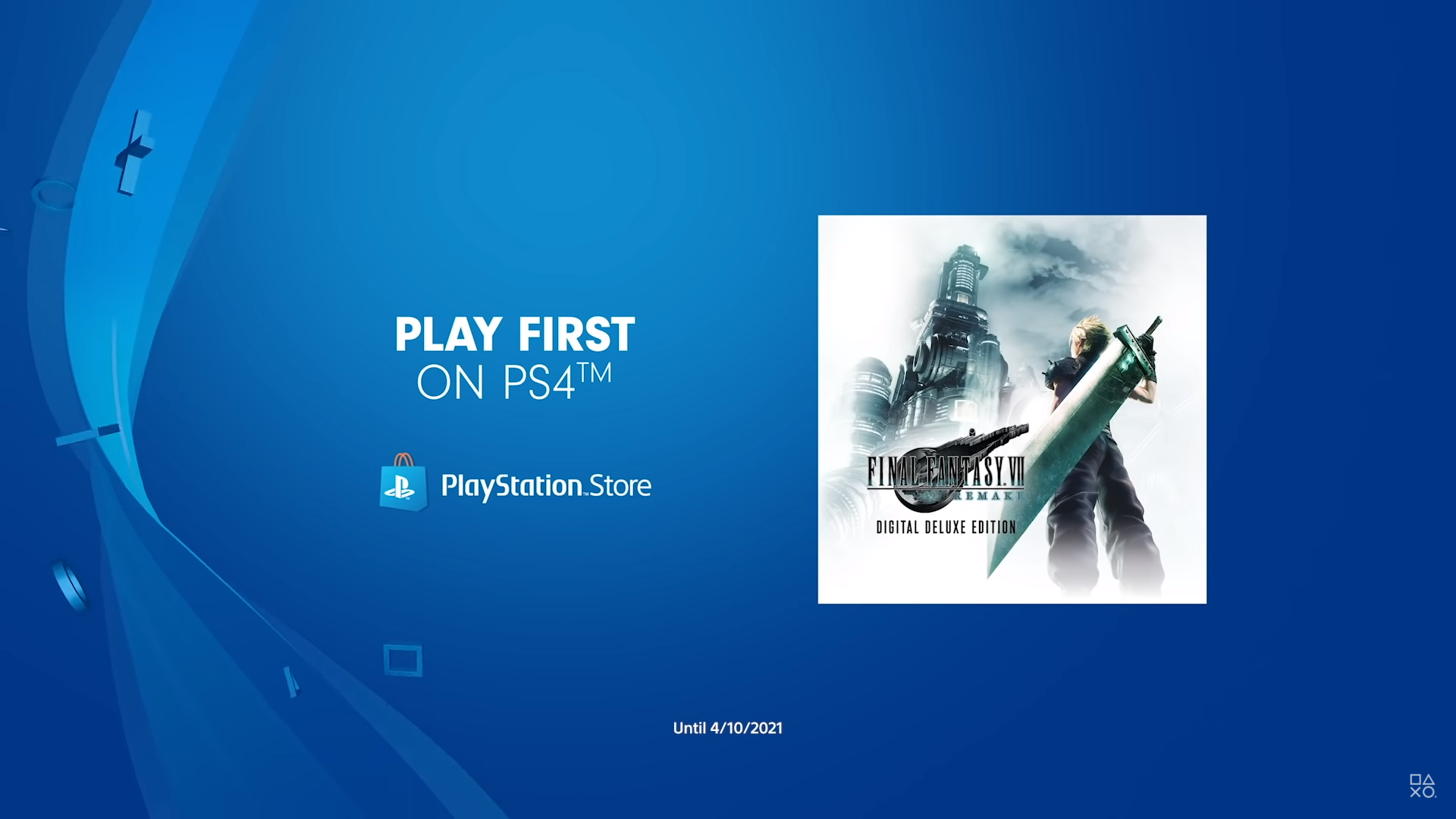 Next, there’s the matter of the date: The end of trailer reads “Play it first on PS4” – again, followed by fine print stating “until 4/10/2021”. Reports and rumours across the internet had already stated that the exclusivity period will be a year from release but with this video/image, Square Enix has all but confirmed it. Well, looks like we now know when it’s coming to other platforms – and coupled with the PC capture tag, it makes sense that the PCMR will be able to get their hands on Square Enix’s latest and greatest next year. The only platform left out right now is the Xbox One, but we have no doubt that the green team would get its share of the pie.

You can watch the trailer below:

What do you make of this? Excited? Or not? Sound off in the comments below.