by Pratyush on October 24, 2019
105
0
previous article
Outbuddies Out Now- Get Your Hands On Some Juicy Metroidvania Action
next article
Mother 3: An Overview & Why It's So Beloved 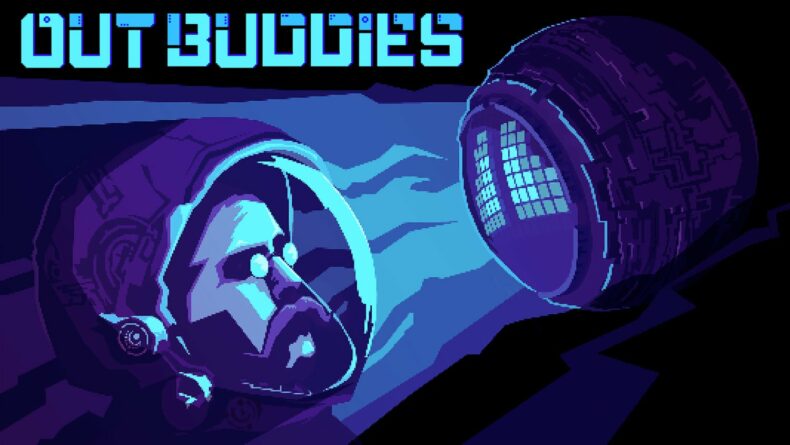 Metroidvanias, when done right, simply seem to have an edge in terms of hitting the right sensory spots in the brain when it comes to exploration. No amount of grindable (or in modern terms, PURCHASABLE) abilities can replace the satisfaction of finding a new ability and being able to apply it to previously unexplorable segments of a game. Julian Laufer, the sole developer (yes you heard that right) of Outbuddies, has achieved something just as satisfying as the classics in the genre. According to the in-game statistics screen, I have explored 57% of the map in around 7 hours and died 102 times (shameful, I know) which is why this is more of a review in progress.

Outbuddies doesn’t fret from announcing- “I, Metroid” right out of the gate. Opening up with a normal gun to open doors, advancing to a charged shot to open different kinds of doors, drip-feeding players with incremental upgrades to open up more and more of the map at a decent pace; the game practically follows in the footprints of what made Metroid (and the genre as a whole) so great.

However, the game isn’t a one-to-one imitation of Metroid. It has some neat little ideas of its own- some that are novel and some that are simply quality of life improvements. The implementation of a sidekick, Buddy, is definitely one that sticks out the most. Scouting the level before entering the area is probably the biggest addition to the genre since the bash ability in Ori & The Blind Forest. Through Buddy, the player is able to observe the level without having to physically go to any of the locations, hence allowing the player to make a mental map of the area resulting in a relatively more streamlined exploration experience. This does not mean that the levels are easy. No-no-no. On the contrary, the game regularly throws difficulty spikes at certain well-placed points to throw the player off-guard. Nothing too drastic, but enough to make the player stop and think for a few seconds. 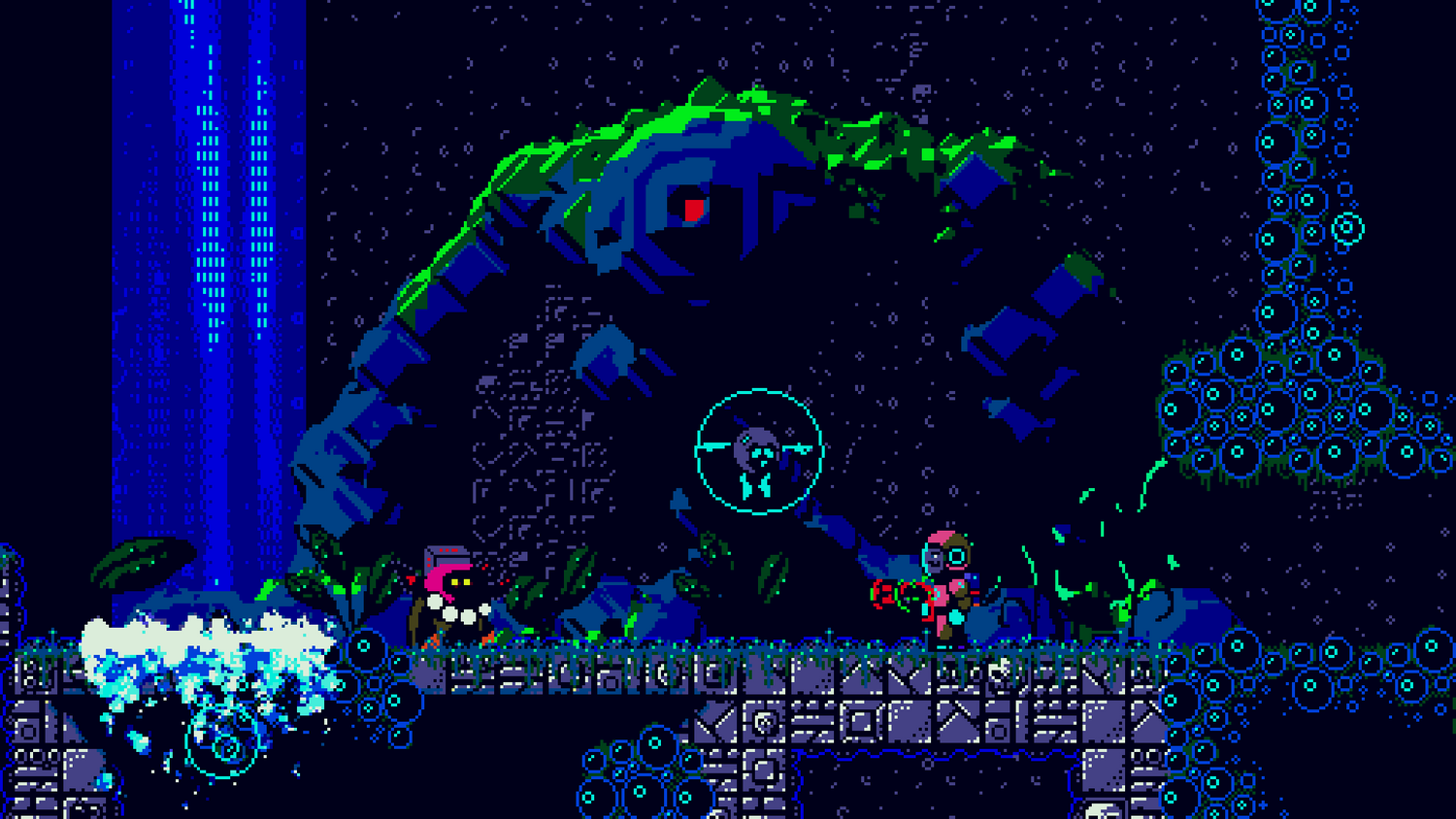 Buddy also has abilities like telekinesis and hacking that add some puzzle platforming elements, that feel more contextual and less organic, but at that point, I am just nitpicking for the sake of it. Quirky little additions like dynamic camera distances, weapon recoil etc really give the game an identity of its own. Outbuddies also omits hand-holding when it comes to giving the player directions. The game won’t outright dictate where the next destination is. However, the game smartly nudges players in the right direction which is a testament to the level design. Just a short example to illustrate the point-

Upon finding the homunculus ability that allows the player to turn into a sphere (Metroid style), the path right next to it can be used to experiment with the new-found ability. But that path also leads to a progressional dead end. The only alternative route sends the player back to the central hub (The Wozan Sanctuary) from where the player can proceed to open a yellow door (Which is already a gated ability) that will allow the player to access a new route that was previously gated based on the homunculus. (yes I know, sounds convoluted in text, but can’t explain it better)

Boss design so far has been quite exquisite and each boss is quite distinct from the others. Like all great games that come to mind, every boss has a unique gimmick. None of the fights end up being a test of rolly-polly-shooty misadventures. Each boss is like a meticulous puzzle that needs to be carefully solved and once that “Eureka” moment is sparked, the player is left with an orgasmic sense of accomplishment that very few modern era games achieve. 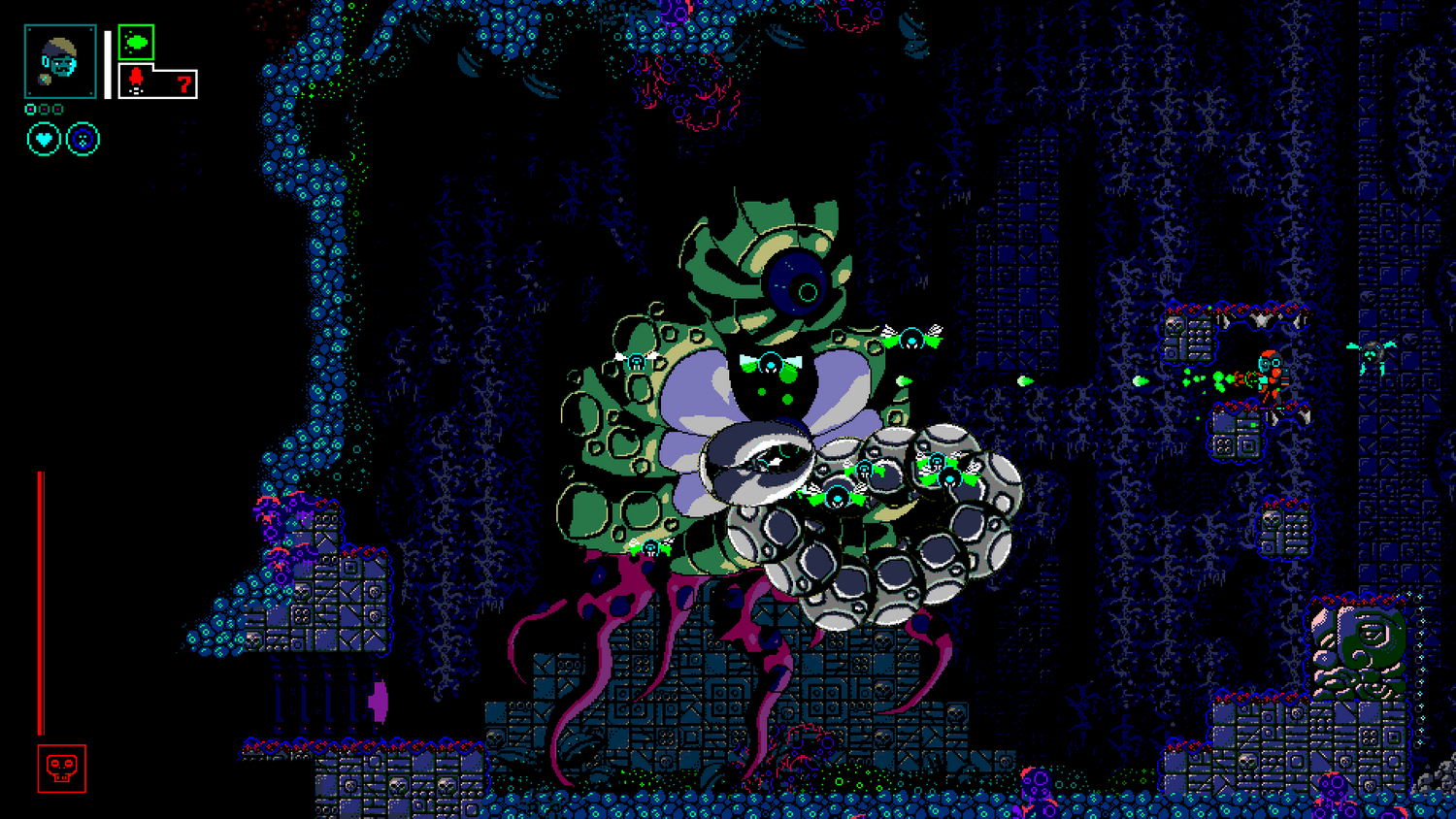 There aren’t a lot of complaints to be had here, especially after knowing that ALL OF THIS has been put together by ONE PERSON (Even without that fact, the game is pretty damn good). Also let’s leave the gripes, however minor they are, to the comprehensive review. To top it all off, the developer is actively trying to improve the game through community feedback (Dedication=100) courtesy of the the Discord server. It’s just a shame that a lot of people aren’t really talking about it because Outbuddies is to Metroid what Bloodstained: Ritual Of The Night was to Castlevania in 2019 and I can confidently say that 6 years of hard work has really paid off big time when it simply comes to the artistic side of the medium.

by Siddharth Patil on July 3, 2020
Before we start, let’s make one thing clear: Borderlands 3 wasn’t the “coming of the messiah” that everyone was hoping for. What could’ve been an epic entry in 2K’s popular looter-shooter franchise, more than just [...]

by Juste Rayge on June 15, 2020
FromSoftware is renowned for their bone-crushingly difficult Souls series. Yet they’re more than just a developer churning out Dark Souls games. The Japanese studio is also famous for making a myriad of mecha games such as Frame Gride, Armored Core, [...]
9.0

by Pratyush on March 18, 2020
Everyone has that one game sequel they consider impossible. Impossible not just in terms of existence from a publisher interest/funding standpoint, but also when it comes to raising the bar to a whole new level. Well, that is just what Ori And The Will Of [...]
Comments
Leave a reply