Our Top 7 Most Anticipated Games With No Release Dates 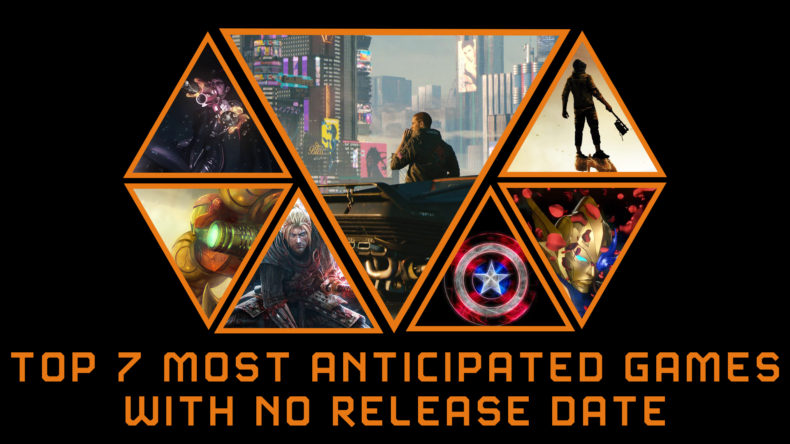 Making games certainly isn’t an easy task. To add to that, announcing new titles and showing off trailers without a release date on the horizon has been a long trend in the gaming industry – something that also stirs a wealth of emotions among fans, from hype and eagerness to anxiety and impatience, especially if the game is a sequel and/or is being made by a much-beloved developer. So here are 7 upcoming games whose lack of a concrete release window (Especially those that most likely won’t show up in 2019) has us stoked for their arrival.

Among all the 3D Souls-like games (argh, make the genre official already), Nioh is probably the most satisfying amongst them. It sacrifices the interconnected maze-like Metroidvania-esque map design of the Soulsborne games and goes for a combat system with enough depth to satisfy the deepest desires of hardcore action game fans. The influences of Ninja Gaiden, another legendary action title by the same developers, are clearly present in the game and with a more aggressive approach to combat, Nioh solidifies its status as a good soulsy game. We don’t have much to talk about Nioh 2 since we only got a trailer for it, but if it is anything like Nioh, consider our 60$ in Koei Tecmo’s wallet on Day 1.

Platinum is objectively the best action game dev out there; there, I said it. I mean, after hits like Bayonetta 1 & 2, Vanquish, Metal Gear Rising: Revengeance, NieR: Automata, and so on, they’ve pretty much earned that crown. And this expertise of theirs developing superb action games is what makes me believe in Bayonetta 3 – even when the devs promise that the game will be a bit less on the safer side, compared to its prequels. I mean, who doesn’t want more hack & slash action with everyone’s favorite Umbran Witch?

Dying Light remains one of my favorite zombie game till date because of its unique take on FPP parkour and the night time “zombies being more aggressive” system. Yes, it has some issues with its combat early on and its story isn’t exactly worth remembering, but it had enough of an impact that it got many expansions and a whole year of free DLC. With Chris Avellone revealing Dying Light 2 at this year’s Microsoft E3 Presentation as a full-blown RPG, I am sure Dying Light 2 will be a game that will cover its predecessor’s weakness very well.

In my opinion, ATLUS is one of the most consistent RPG developers out there – they’ve not even made a mediocre game yet, their pedigree is THAT good. So needless to say, their latest project, Shin Megami Tensei V for the Nintendo Switch has me pretty excited; the SMT formula of buff/debuff driven turn-based combat system and demon fusing/negotiation system has only gotten tighter over the years, yet hasn’t lost any depth – and with SMTV it will only get better, since it will be the ultimate SMT game yet, just like Persona 5 was to it’s own franchise – well, my fingers are crossed. Anyone else ready for yet another round of post-apocalyptic dungeon crawling? Hopefully we get more news soon.

Nintendo’s Metroid series is one of gaming’s most sacred franchises; in fact the Prime Trilogy is hands down one of the finest trilogy compilations out there, if not THE BEST, with the original Prime game being a pioneer for pushing Metroidvania into the 3D era without losing its soul – one that’s rooted in exploration, atmosphere, and unparalleled level design. So when Metroid Prime 4 was announced at E3 2017, it was nothing less than a dream come true for many. But can this latest installment one-up it’s forefathers? Only time will tell.

Nothing is known about this game, we just know it is coming. This is one huge mixed bag when it comes to anticipation. It is being developed by Eidos Montreal who made a masterpiece in Deus Ex: Human Revolution, a good game in Tomb Raider and then followed up by a slew of average to above average games in Deus Ex: Mankind Divided and the Tomb Raider sequels. Not to mention the horrid, modernized and simplified Thief reboot. Then we have the publishers, Square Enix, who can be applauded for a masterpiece like Nier: Automata but have butchered games like Mankind Divided and Final Fantasy 15 with their crummy monetization structure. TO top it all off, they let IO Interactive go and published a game like The Quiet Man. Great. Then there is Marvel. With a return to form of Spidey on both- the cinematic and gaming front, there is something to be hopeful about. Since the game seems to be based on the Avengers, I would like to assume it is vaguely connected to the cinematic universe. With Spiderman being a good game, we can only hope that Marvel has chosen the right studio for the job.

2018 was an eventful year for CD Projekt Red. Both of their big reveals related to CB2077 garnered bittersweet reception. At E3 it was, “Why wasn’t the gameplay demo shown only to the JoUrNaLiStS and not to the public” and later on: “Why is this an FPS. Why is this going the Call of Dooty route. I hate FPSs, it makes me motion sick!!!”. Public interest being irrelevant to me, I’m definitely excited to see an expansive cyberpunk world since Square Enix has decided to put Deus Ex on the shelf (whether for the good or bad of the franchise, we can’t decide) and if the actual game is anything like the demo, then do I need to say more?