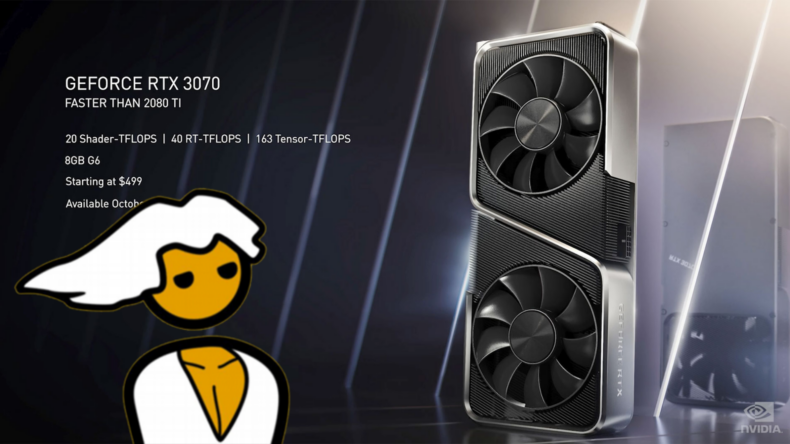 After much ado, Nvidia announced its next-generation of graphics cards based on the Ampere architecture today. The three new cards that they announced today were — the RTX 3090, RTX 3080, and the RTX 3070, and to be fair, it seems like the lackluster reception to Turing that also extended to the sales of the products has been a wake-up call for the green team.

Ampere’s reveal has been met with justified excitement as Nvidia has finally dialed back on the money they rake in while giving consumers the performance they desire.

Nvidia seems to have scaled back on their uncontrolled pricing which is a good thing for consumers.

To give you a perspective, this is how the previous generations panned out. For uniformity, I have taken the cards that were announced at launch. That is why none of the Super cards are present in the table. According to many benchmarks, the jump between the Pascal to Turning GPUs in terms of raw performance wasn’t very high and that is reflected on the spec sheet.

More importantly, look at those prices. RTX 2070 was priced at a 60% increase when compared to the GTX 1070. Considering how popular the 70 series of cards are due to their “best bang for the buck” reputation, it was a steep increase. With the RTX 3070, they have brought it back under control (RELATIVELY) with a 30% increase in price for the performance of a (previously) $1200 GPU which is definitely good value for the money.

On a side note, the RTX 3090 was announced. Contrary to the idea where the 90 series cards existed as dual GPUs like the GTX 690, the RTX 3090 is replacing the $2500 Titan. A single “BFGPU” (Geddit?) that is either for the richest of gamers or more realistically the professionals, the RTX 3090 is “technically” flagship of this generation which will soon be bested in terms of value by the imminent RTX 3080Ti.

For the observant eyes out there, folks will notice that Nvidia has silently dropped the SLI functionality from the RTX 3080 and RTX 3070. It is a feature that Nvidia has slowly been phasing out for the last couple of years now. As the relevancy and support (in games) for multi-GPUs has waned, it makes sense for them to remove the functionality as well.

Apart from the GPUs, an interesting bit of announcement was the RTX IO. I am not a techie, so I am not sure how it all works, but according to various articles/YouTubers, it is going to perform a function similar to what Sony is doing with its SSD technology. Well, I won’t talk on it further, I’ll just let you read on from what Nvidia has said about this.

There were a bunch of other announcements such as the Nvidia Reflex suite of features that reduce in-game latency, Nvidia Broadcast that is something of interest to streamers and Nvidia Omniverse Machinima that lets users create their own cinematic videos using game assets. 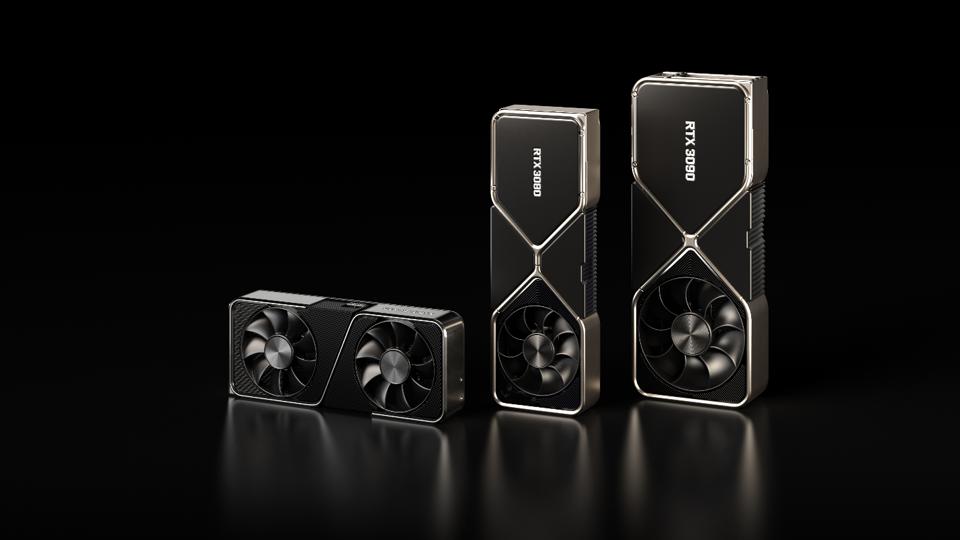 In the end, it all comes down to – price and price to performance ratio.

Conclusively, if you are someone who is still on a Pascal GPU (like I am), this is a really good upgrade. Jensen Huang, CEO of Nvidia, has acknowledged this himself by saying “To all my Pascal gamer friends, it is safe to upgrade now”. For anything older, this is an absolutely massive upgrade. More importantly, it is a value for money upgrade. The 3070 will be launching at $499 which makes it $100 cheaper than what RTX 2070 was at launch while giving you the performance of a $1200 RTX 2080Ti.

I am not saying that Nvidia Ampere has absolutely blown my mind, but considering how underwhelming Turing was in raw gaming performance increase, Ampere is definitely a step up. We can just hope that they ride this train without the need to introduce multiple intermediate cards, aka Supers. Yes, we will get the impending Ti cards, but please let it stop there. Flooding the market with unnecessary products just confuses the customers. With RTX 3000 series’ raw performance being so high, I also expect them to do away with current-gen non-RTX cards (GTX 1660 and the likes).

And if Digital Foundry is to be believed, we might be seeing the single highest jump in performance between generations making it one of the better hardware investments since Ryzen.

Last but not the least, if DLSS is integrated into more games, it might make Turing cards more relevant in the next 2 years than they were in the last 2. I am still going to wait for official benchmarks and AMD’s answer to Nvidia when they announce their cards later this year.