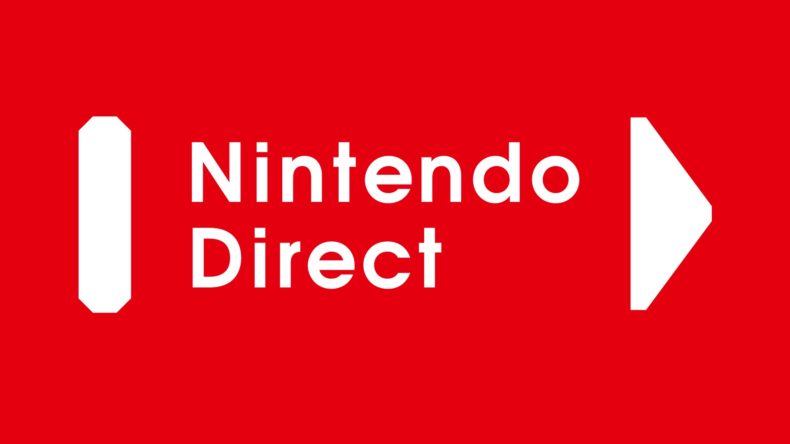 Amidst the wild Nintendo leaks floating around, one of the few things that actually turned out to be true is the recent Nintendo Direct live stream, which was PACKED, to say the least – so here’s a roundup of all surprises that the Big N revealed:

Certainly a sequel no one saw coming, Super Mario Maker 2 aims to expand upon the original Mario level editor formula by implementing new features to be the ultimate Super Mario experience. Coming sometime in June 2019.

The internet blew up when this third installment in the cult-classic Marvel action RPG series was announced exclusively for Switch about a month ago. Featuring multiplayer and local co-op up to 4 individual Switches, you’ll be able to fight as your favorite Marvel character (including Captain Marvel) against the villainous Black Order. Summer 2019 release window.

HAL Laboratory’s cute, boxy puzzle platformer brings in twice the fun as you control Boxboy and Boxgirl across a variety of content-packed and challenging levels in this sequel to the 3DS original. Grab it on April 26, 2019.

This much-awaited spiritual successor to 1997’s iconic Castlevania: Symphony Of The Night finally gets a release window: Summer 2019. Are you excited to return to some old-school Castlevania action?

This sequel to Square Enix’s take on “Minecraft in the Dragon Quest universe” stomps onto Switch on July 12, 2019. Everything that made the original a must-play is here, but with improvements and new gameplay elements too.

Last year’s PS4 JRPG, Dragon Quest XI: arrives on Switch in a “definitive” version with extra content like a toggle for a 16-bit visual makeup (something the 3DS version includes too). Return to Erdrea to take on a traditional JRPG journey in Fall 2019.

A collection of minigames featuring chibi Disney characters – your standard party game affair. Give it a spin when it drops later this year.

3DS’ beloved farming and life sim comes to Switch in a “Special” remastered edition which launches later in 2019. Not just that, but Rune Factory 5 is also currently in development for Switch.

Tokyo RPG Factory is at it again with another intriguing JRPG – this time, taking on the role of a hero set to rescue lost souls from turning into monsters. Oninaki will spirit you away in Summer 2019.

One of the major highlights in the Direct is the latest home console installment in Intelligent System’s latest strategy RPG series, Fire Emblem. Three Houses, like the name suggests, will let you choose between 3 unique factions, the best tactical gameplay in the series yet and not to mention the fantastic visuals. Command your troops, train your students from the houses and engage in thrilling skirmishes when the game launches on July 26, 2019.

Arguably the hippest thing in the Direct, this unique cyberpunk hack & slash from Platinum Games looks to be as brilliant as the developer’s previous efforts in the genre – all the signs are there: the fast-paced combat, stylish design and killer soundtrack. We definitely have our eyes on this one. Released on August 30, 2019.

The biggest surprise card of the Direct was this remake of 1993’s classic Gameboy title. Link’s Awakening Remake features gorgeous, toy-like 3D art with a top-down perspective similar to 2013’s A Link Between Worlds on 3DS. While people have clearly been divided in terms of visual design, what we can be sure is that this will offer the traditional 2D Zelda experience that the company is renowned for – which is something fans have also been waiting for. Releases sometime in 2019.

“Tetris Battle Royale”… Yep, you heard that right – and this is exactly what that. 99 players will engage in fast-paced multiplayer Tetris matches, but only one will emerge victoriously. It’s available right now and is free to play, although you’ll need a subscription to the Nintendo Switch Online service.

Horror games have started to pick up the pace on Nintendo’s latest system, and Behavior Interactive’s Dead By Daylight is the latest newcomer. This multiplayer survival horror game is a thrilling game of cat & mouse, as survivors try to thwart the killer’s attempts to murder them. Fall of 2019.

Toby Fox’s 2015 RPG, Undertale is one of the most popular indie games out there. His latest spinoff title, Deltarune is coming to Switch on 28 Feb 2019 – and as the PC release, it is free to download as well. More content to come as well, is in development right now.

This brand new mech game from Senran Kagura developer Marvelous is getting a limited time demo that players can try out right now, titled Prototype Missions. Devs welcome feedback too, via email surveys and social media. Final game swoops in sometime in Summer 2019.

Codemasters’ 2014 racing sim vrooms its way on to Switch in Summer 2019 with all DLC content, motion controls, and split screen co-op.

Now, this is a game no one saw coming.. Ninja Theory’s depiction of psychosis in Hellblade was critically lauded back in 2017, and now it’s time for another trip down memory lane as the game releases on Switch in Spring 2019.

Netherrealm is bringing the latest in their gory fighting game series to Switch, after a long hiatus. Portable fatalities coming on April 23, 2019.

To no one’s surprise, Ubisoft’s latest remaster does finally make it to Switch, with exclusive features like touch controls and motion aiming – despite the lack of announcement besides the other console versions. Experience the game once again alongside a remaster of the Vita game, Assassin’s Creed 3: Liberation, come May 21, 2019.

History will be made on March 26, 2019 as it marks the first time Final Fantasy VII comes to a Nintendo console after it’s PlayStatiom exclusivity (and N64-era controversy) so far.

Do you like Chocobos? Then EVERY BUDDY is just for you, as it features the iconic bird from Final Fantasy embarking on an epic journey in this rogue-like dungeon crawler. March 20, 2019.

This PS1 classic is available right now for purchase.

– Super Smash Bros Ultimate: Ver 3.0 update: Nintendo is being all hush-hush about this one but what’s confirmed is that the first DLC character, Joker (from Persona 5) will be stealing his way to the acclaimed fighting game by April 2019. Oh, and new amiibo figures include Snake (Metal Gear Solid), Simon (Castlevania), Squirtle, Pokemon Trainer & Ivysaur (Pokemon).

Toad’s cutesy adventure is getting two-player support for all existing levels as a free update, while paid content includes 18 new challenges, 5 courses plus new objectives for current levels. A bundle including the game and DLC is available for purchase right now, while the new content will launch on March 14, 2019.

More Starfox content inbound, letting you play as Peppy, Falco, and Slippy to hunt down Wolf’s minions, with extra missions and features. The definitive version of Starlink just got even more definitive – get it in April 2019.

Yoshi’s latest cardboard themed adventure is his most beautiful yet – and you can experience it right now via a demo in the eShop. The full game launches on March 29, 2019.

No new footage, teasers or release windows were shared about this third entry in SEGA & Platinum Games’ beloved Umbran Witch’s adventures but the host of the live stream, Yoshiaki Koizumi (also a designer at Nintendo) confirmed that the developers are hard at work to make Bayonetta 3 the best in the series.