Mother 3: An Overview & Why It’s So Beloved

by Pranav Gawde on October 27, 2019
284
0
previous article
Outbuddies: Review In Progress- MetroidMania
next article
3 Underrated FPS Games for Windows That You Must Play Today 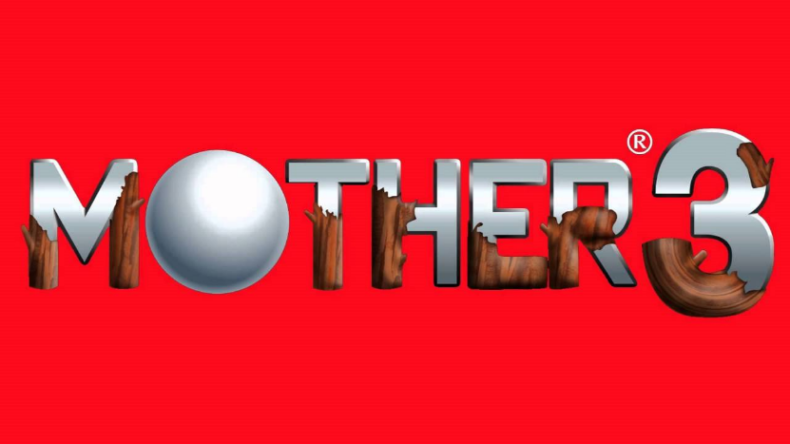 Every year E3 comes riding on a wave of hopes and wishes of videogame fans, be it in form of the announcement of a surprise new IP, or another installment in their favourite franchise. One such wish from the Nintendo community that has been left unfulfilled every year (since 2006) is the ‘Localization of MOTHER 3’.

So how is the demand for this Japan-exclusive Gameboy Advance JRPG so relentless even over a decade of release? It’s reached a point where it has ascended to a meme status that even Nintendo likes to take a jab at (flashback to ex-Nintendo of America president Reggie Fils-Aime’s interviews).

With such hype revolving around this cult classic, I found myself trying MOTHER 3’s fan translated version (deemed fairly accurate by the fanbase and in some ways even better compared to the OG). And to my surprise, within just a few minutes of my playthrough, I was utterly hooked and spell bounded by its charm!

Before we dive deep into intricacies of MOTHER 3, let me give you a brief about the MOTHER series.

MOTHER is a brainchild of multifaceted producer Shigesato Itoi. Its first entry came out on Famicom in 1989, but was largely unheard of in the west because of its failed localisation. It wasn’t until its second entry – MOTHER 2 (popularly known as Earthbound outside of Japan) that the series finally garnered it’s much deserved popularity. Earthbound was revered worldwide and soon became a cult classic amongst the fans of JRPGS.

It was because of this celebrated nature of Earthbound that it garnered so much hype. It released for the Game Boy Advance handheld in 2006 but saw no attempts of localisation made by Nintendo, leaving little choice to fans but to try the game’s fan translation.

So does MOTHER 3 live upto its predecessors legacy? Absolutely, and safe to say, it even bests Earthbound in few areas. Especially in terms of its plot, which has a lasting impact on the players thanks to its perfect blend of dark undertone and satire.

As its name suggests MOTHER 3 revolves around the idea of “a mother’s love” and how it affects individuals differently as they face the cruel reality of world. This theme is maintained meticulously throughout the game. Added with this is the backdrop of satirical social commentary which gracefully enhances the worldbuilding of the game in a progressive manner. Mother 3 follows the story of Himawa (the “mother” of our story) her loving husband Flint and their young children Lucas (the crybaby) and Claus (the hasty one). Besides this we have an ensemble of characters like Kumatora (a brash princess), Boney (Lucas’s trusted pet), Duster (slightly dim-witted son of an ex thief) and all the other residents of Tazmily; a quint town situated on a sprawling island called Nowhere. People of Tazmily live a pastoral life peacefully coexisting with the nature, until that peace is invaded by suspicious pig masked people and their schemes which threatens the very existence of Tazmily. it is then up to Lucas (our main protagonist) and CO to race against time and protect Tazmily. 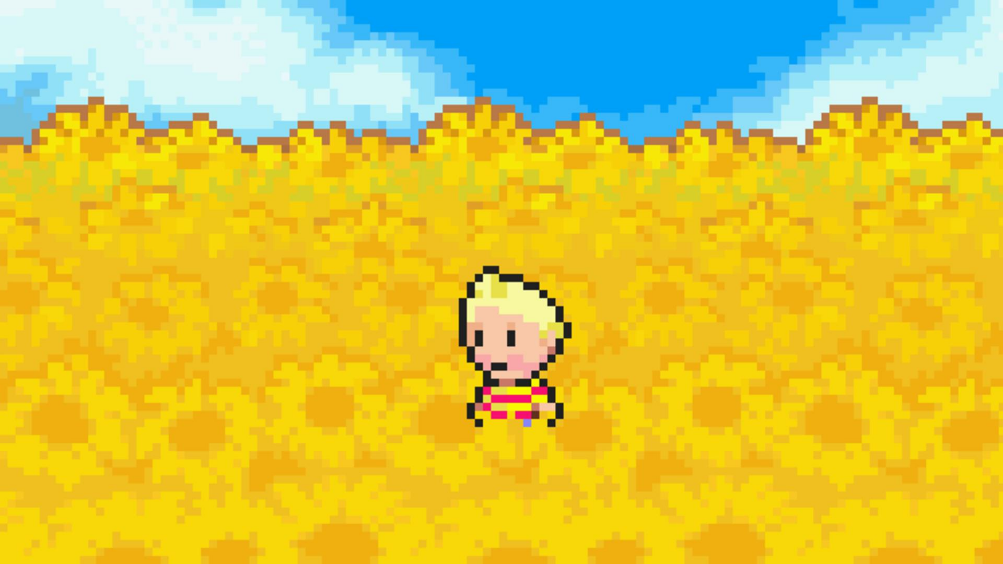 For long time JRPG fans, such a synopsis isn’t something unheard of, however it’s the mockery of real life social stages like Colonialism, Industrialisation and Capitalism (prominently their negative effects) within Tazmily that, in my opinion, makes MOTHER 3’s story telling so powerful right off the bat.

It is indeed awe-inspiring to see how simplistically the game is able to pull off these heavy concepts by just embedding them in the environment and minor plot details by intertwining them with an honest-to-goodness set of different characters you come across that REALLY feel like actual people with emotions and motives. Interestingly even though it was released on a technically limited system like GBA, it does not suffer from any of the limitations itself and handles them like a champ. The Nowhere island with its diverse geography manages to look beautiful even with minimal 32 bit visuals. Exploration is incentivized with collectibles and the plot itself requires the players to explore Nowhere completely (which is surprisingly big for Game Boy Advance standards). 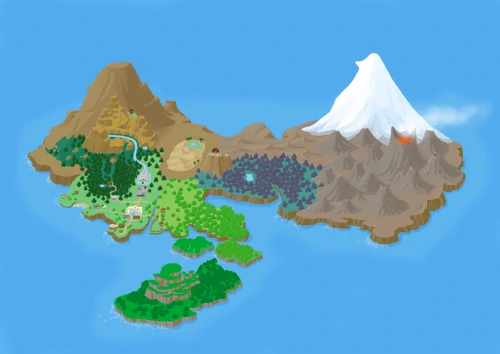 All of this works well and is solid – but where Nintendo’s beloved little gem really shines in the gameplay area is due to an innovative battle element, in form of something I call “sound battles”.  These are traditional JRPG enemy encounters, however it incorporates the background music to aid the player with aspects like enemy attack & defense patterns. There are numerous battle themes (also enemy specific) which helps keep the combat fresh and adds a whole new perspective. Of course there is also the series staple HP (health points) and PP (psychic points) bar which is in form of an odometer which reduces and increases the values with a rolling animation, giving just enough time for the players to heal their party or defeat an enemy quickly before they run out of HP/PP – another unique quirk of the game. 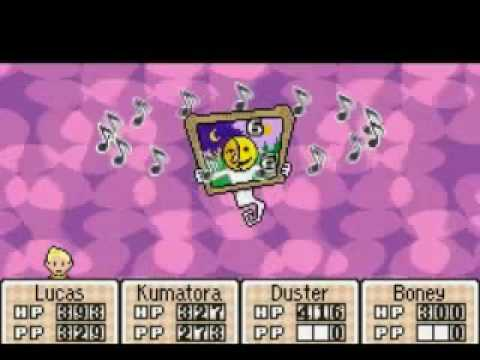 Speaking of background music, the game shines in sound design with some of the most beautiful gaming compositions I’ve heard till date – not just the battle themes, even the overworld theme fits the mood and area, really setting the atmosphere. Of course, no battle is complete without engaging enemy design, and Mother 3 handles them excellently too – from timid, bush like creatures that heals the players rather than attack them to rock dinos that would love nothing more than to take a bite out of the protagonists, the game is replete with oddball enemies of all types, from simple animated household objects to bizzare and cute monstrosities – all of which have their own ways of attacking, defending and being taken down, they’re are a joy to battle.

If someone asked me to describe MOTHER 3 in a brief, I would definitely be short of words; figuratively speaking, it mesmerized me – the game does a great job of that. Merely using its simplicity and humour it paints a grand picture of our grim reality, which can only be best grasped by trying MOTHER 3 first hand. As a player you will laugh at its silly jokes, you might hate some of its characters and sympathetically cry for others – it’s a rollercoaster of feels and yet again proves how videogames are unconventionally powerful tools for story telling. 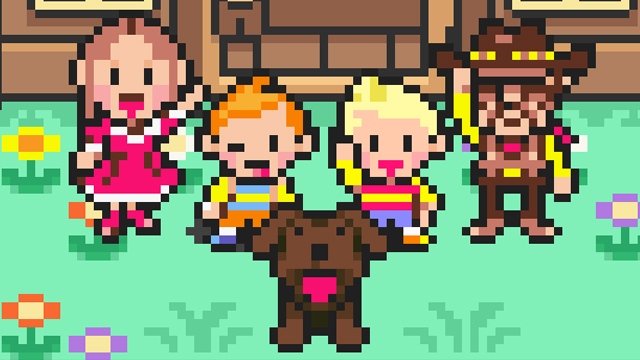 A marvelous tale from start.. to finish…

While it may possibly never receive a localisation to English markets due to its certain controversial elements, it deeply saddens me to see the world miss out on such a great and heart-touching experience like MOTHER 3.

A lover of JRPGS and retro titles, Pranav likes to take his time with videogames. When he's not saving princesses or slaying dragons you will find him brawling in Super Smash Bros Melee.
You might also like
Editorials