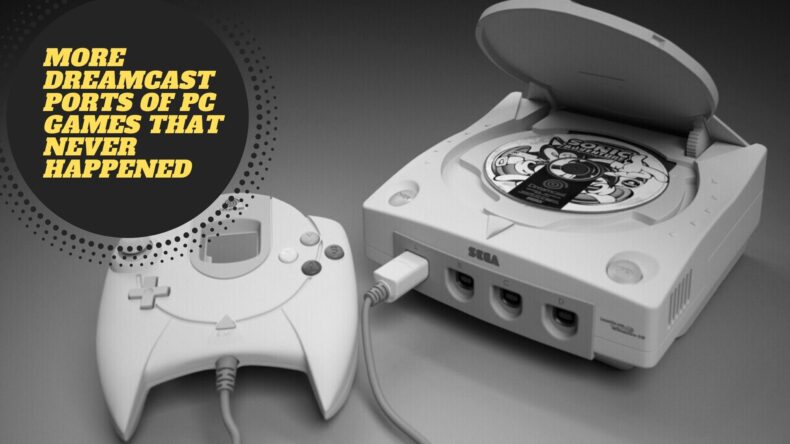 Looking back, the Dreamcast’s ambition was nothing short of impressive for its time. It was the only console that strived strongly to port some of the best PC games back then to its dearest fans. Some of these games will forever remain obscure to those who didn’t get the chance to play them back then or never heard of them in the first place. Lucky for you readers, I rise again from the grave to talk about the second list of ”Dreamcast Ports Of PC Games That Never Happened ”. If you have missed the first list, here it is. 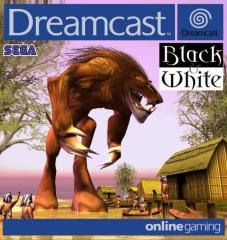 The critically acclaimed strategy game Black & White was sneaking its way into the Dreamcast realm back in 2000. It was an astonishing announcement to see Black & White running on a console such as the Dreamcast, as the game required top-end PCs back then to run it smoothly. Despite being heavily advertised by appearing in various corners such as E3 2000, Dream On Collection 4, the game was eventually cancelled due to Sega’s last decision to quit the hardware business.

Black & White’s Dreamcast port would have had some special features. For instance, players would have had the ability to upload their creatures and fight each other via the VMU support. The game would have also featured online multiplayer which everyone was dying for until the PlayStation 2 came out.
However, Black & White would have also taken a graphical hit if it was released on the system since the game required a beast of hardware to run it. 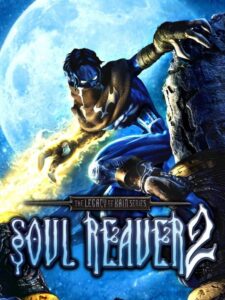 Legacy of Kain: Soul Reaver 2 is the direct sequel to the critically acclaimed Soul Reaver which went ahead and spawned other titles until it was put to bed back in 2003.

In its initial periods, Soul Reaver 2 was planned to be a Sega Dreamcast and an original PlayStation release, and it was set to release in autumn 2000. Nobody can deny that the first game helped to boost Sega’s console sales considerably. Some gamers bought the console only for this game since it had better visuals compared to its PlayStation counterpart. Yet, the Dreamcast was eagerly waiting around the corner for Soul Reaver 2 to do the same thing again and bolster the console’s sales once more. However, as the Dreamcast reign began to collapse and fall the developers were pushed to completely re-work the game for the PlayStation 2 and PC.

Although, few screenshots of the Dreamcast version have been shared to the public, and it was told that the version would have given Raziel three times as many polygons while maintaining smooth framerates. 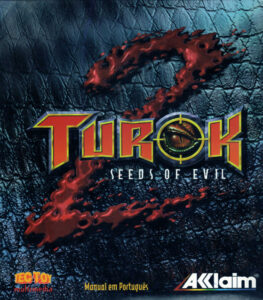 Back in 1998, IGN published an article titled ”Turok 2 coming to Dreamcast ” where they mentioned Acclaim’s admittance to develop games on the Dreamcast. Their first one was going to be Turok 2: Seeds of Evil.

As you are already aware, there was already an N64 version which was, in fact, impressive for its time. However, Sega’s console was meant to top the N64 in every aspect. The graphics, the details, the controls, everything. After all, Sega was aiming to take on Nintendo at the time.

Unfortunately, save for a single announcement from Acclaim, nothing further was heard from the publishers. Eventually, it was cancelled due to unknown reasons. Rumours whisper that the reason behind the game’s cancellation was Acclaim’s financial stat in the past. 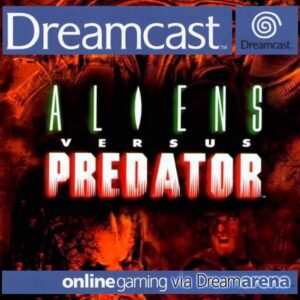 Aliens vs Predator franchise’s journey started from the Atari Jaguar back in 1994 and went ahead to spawn several games that received universal critical acclaim across the globe. Yet, it is the original Aliens vs Predator on the PC that changed the path of this franchise and brought innovative changes, improved graphics, and details as well as giving the player the complete freedom to play as either a Xenomorph or a predator. It was truly a mind-blowing thing back in the day.

However, did you know that this masterpiece was supposed to make its way to Sega’s platform? Just like Soul Reaver 2, the Dreamcast was patiently waiting for a title like this to bolster its sales and heat up the competition with PlayStation and Nintendo back then.

French Magazine Console+ went far ahead and made a preview of the game in its August 1999 issue. Unfortunately, the game had never seen the light of the day, nor the franchise as a whole until it was revived by the PSP game and the 2010 reboot.
(Source: thedreamcastjunkyard.co.uk) 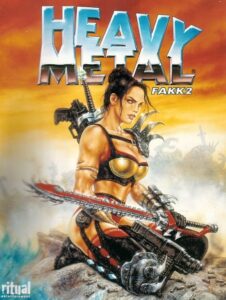 Back in 2000, Gamespot discovered that Ritual Entertainment was interested in developing Heavy Metal F.A.K.K. 2 for the Sega platform. As you know, the 2000s were stressful years for Sega because of the company and the Dreamcast’s rapid decline.

For those unaware of this game, the sequel puts you in the shoes of a female character called Julie. It is a third-person shooter where you shoot down anything that moves in your way. The story is based on the sci-fi world of the Heavy Metal comic book. Surprisingly, the game uses the Quake III engine which many gamers are not aware of.

Unfortunately, the possibility of Heavy Metal F.A.K.K. 2 coming to the Dreamcast remained as a rumour and it never happened, and the reason for its cancellation remains a mystery. 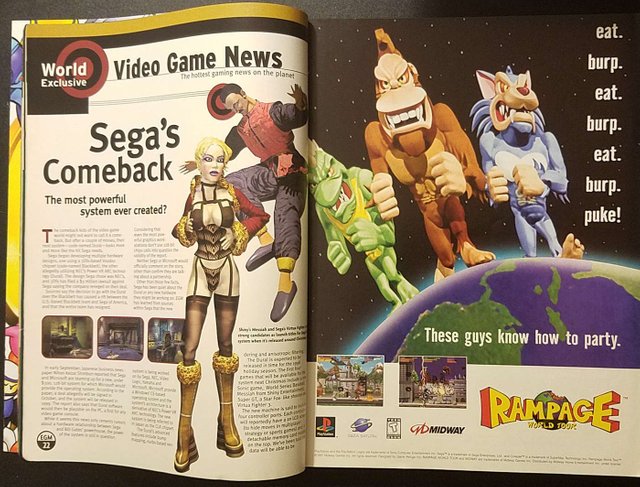 I bet you didn’t know about this one, right? Messiah was known for being very demanding at the time. It was promoted for its technology which was claimed to increase or reduce the number of polygons based on the hardware running the game.

For those of you who don’t know this one, Messiah is a third-person shooter where players control the character Bob, a putto sent by God to cleanse the earth of evil and corruption.
The game was already announced on Electronic Gaming Monthly issue number 100 which was published back in 1997 by Ziff Davis.

However, before Messiah was even on PC it was announced to be a launch title for the Dreamcast. Unfortunately, it never happened.
(Source: Wikipedia, steemit.com) 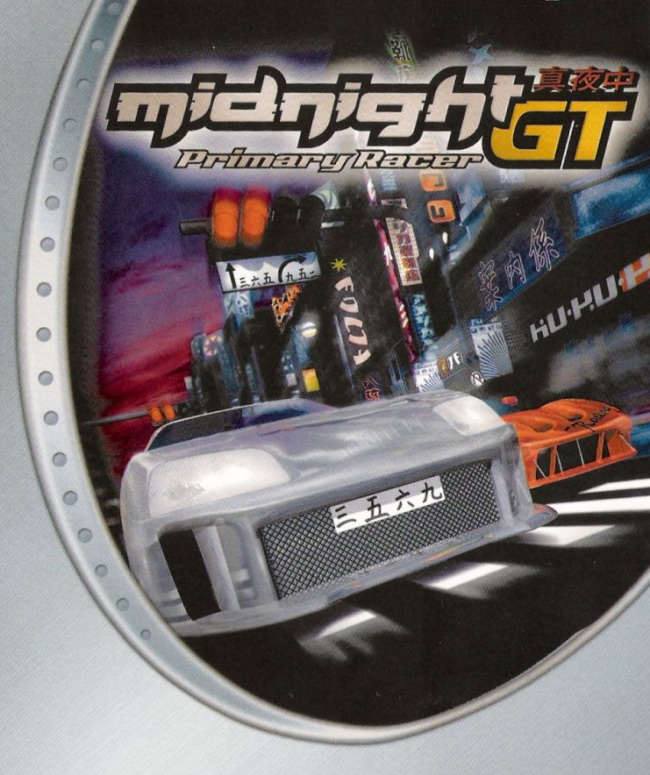 The Dreamcast had a cavalcade of racing games. From Daytona USA 2001 to Tokyo Xtreme Racer 2 and other racing games on the console just to name a few. Yet, with all these racing games on Sega’s platform, Midnight GT was planned to be released on the Dreamcast one way or another. Unfortunately, the idea was scrapped for unknown reasons.

For those of you who are not aware of this one, Midnight GT was developed and published by Rage Entertainment originally for PC. The game first appeared in mid-1999 but it didn’t make its official release until 2002. The game was somehow different because of what it offered including complex shadow, lightning and reflection effects on the cars. In addition to this, Midnight GT was an early entrant into night underground racing games. A sub-genre which was popularized by the likes of Need for Speed: Underground, and Rockstar’s property, Midnight Club series. 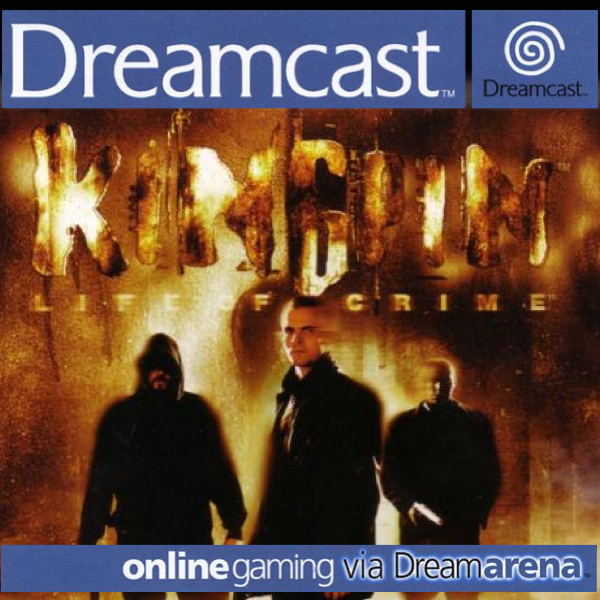 After the release of Kingpin on PC back in 1999, a possibility for a Dreamcast port was rumoured. But that never happened. It would’ve been great to see some of the bloodiest video games ever made making its way to Sega’s platform. Luckily, Soldier of Fortune is there to eliminate the pain.

Kingpin: Life of Crime follows the hunger for revenge after the main character was betrayed by the associates of the crime boss. Players will walk across the deadliest districts in the city where enemies are waiting around the corner to thwart any hope for revenge.

Similar to Soldier of Fortune, players could dismember enemies with well-placed bullets, cutting their limbs using a knife, and other deadly executions. In brief, the game is similar to the aforementioned game in a lot of ways.

I hope that you enjoyed this article. You can join my nest where I publish other content that might interest you. Please, check here