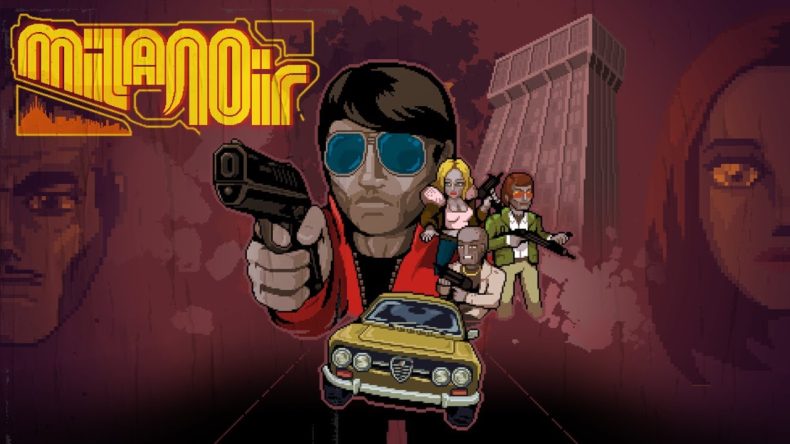 Hunt for the Truth in an Underworld of Violence and Betrayal

Good Shepherd Entertainment and indie developer Italo Gameshave have launched Milanoir, a bloody action game tribute to the masterpiece Italian crime movies of the 1970s. Milanoir is available today on the PS4, Nintendo Switch, and Steam for €10.79. Milanoir will be available for the same price on Xbox One through the Xbox Games Store on Friday, June 8.

As a special bonus, Milanoir is available at a 10% discount on Steamthroughout its first week of release. Steam users can also grab the exclusive Milanoir Special Edition, which includes the full game plus a downloadable copy of its soundtrack, for €12.29.

Inspired by classic films like Caliber 9 and Almost Human, Milanoir is a story of greed, betrayal and revenge drawn to life with groovy pixel art graphics and a funky ‘70s soundtrack. Sneak, choke and shoot your way through the violent criminal underbelly of Milan on the hunt for the man who framed you. Survive brutal gunfights, all-out brawls and spectacular vehicle chases while taking out anyone who opposes you.

Milanoir’s entire action-packed campaign can be experienced solo or with a partner in crime in two-player local co-op (Switch users can play the full campaign in co-op on one system with each player using a Joy Con controller). There’s also a fast-paced arena mode that will put your death-defying talents to the test.