by Siddharth Patil on May 22, 2018
71
0
previous article
Dolmen Continues Crowdfunding on Crytivo
next article
Unreal Gold Available For Free On Steam & GOG 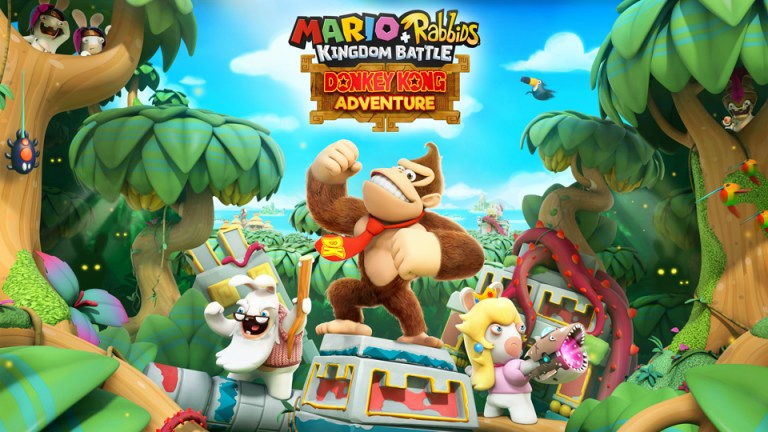 2017’s Mario + Rabbids: Kingdom Battle for the Nintendo Switch was a quirky mashup between Nintendo’s Mario universe and Ubisoft’s Rabbids, resulting in a charming turn-based strategy RPG that took gamers by surprise. Now developer Ubisoft has announced a new details about the upcoming story expansion for the game, titled “Donkey Kong Adventure”.

Also available as part of the Season Pass, the DLC will let you take control of the Big N’s beloved Donkey Kong, the oddly charismatic Rabbid Peach and the weird Rabbid Cranky, as they explore a mysterious island (divided into 4 large areas) and take on the villianous Rabbid Kong indigenerics.com/. Both newcomer Kongs have a unique abilities;

Like the title suggests, everything in the game has thematic elements from Nintendo’s Donkey Kong Country games – like the collectible bananas for example. Players can expect about 10 hours of content from this DLC which will launch sometime next month, in June.

Watch the gameplay trailer below: