by Pratyush on May 21, 2018
151
0
previous article
Behind the Success: VALVE
next article
Immortal: Unchained Releases September 7th 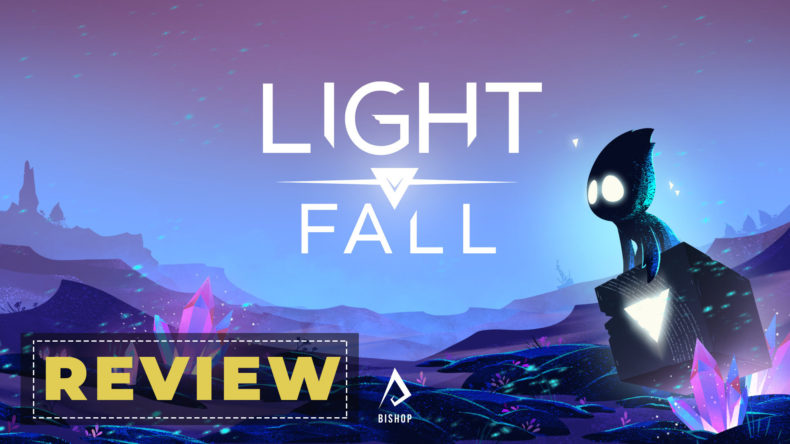 Craft your path in this innovative 2D platformer. Master the use of your own platform to explore the Forgotten World of Numbra and save the land and its inhabitants from an imminent threat.

Light Fall is a great game with a twist in an overcrowded and saturated genre. What it lacks in level design, it sort of makes up for that through the introduction of a new mechanic. The future prospect seems good though, if the developers plan on building upon this concept and tightening the structure.

7.5
Total Score
—
User Score
You have rated this
Full Review

Platformers, whether 2D or 3D, have never been my cup of tea ever since the early Mario days, especially those which grant the player only one chance for error. It’s not because I have a bias against them, I just can’t seem to get the best out of them for some reason. I have been trying to rectify that for the past couple of years by playing modern games in the genre like Cuphead, A Hat In Time, Super Mario Odyssey and climbing the ladder towards the celebrated retro classics (Or at least trying to. *Looks at the mountain of a backlog*).

After loving Cuphead and Hollow Knight (Yeah I know it’s a Metroidvania) from last year, I had set my eyes on Light Fall after digging a bit through the indie scene where the game had gathered quite some attention. The main pulling factor was definitely the gameplay mechanic that allowed players to create platforms under the character which added a puzzle element of sorts to the rather reflex and time based nature of the genre.

Light Fall is a story driven 2D platformer where the player can summon platforms to navigate the “puzzle-esque” environment. The platforming might remind you of Ori & The Blind Forest in the sense that the movement feels a bit floaty, though not as exaggerated as the referred title. Traversing the environments is extremely fun due to the fast paced movement system of the game. With mostly darker shades used for everything from the character designs to the environments, an effect of a foreboding danger is created. Rare hues of warmer colors try to emphasize the remaining life hanging on a thread in small patches. Very atmospheric. 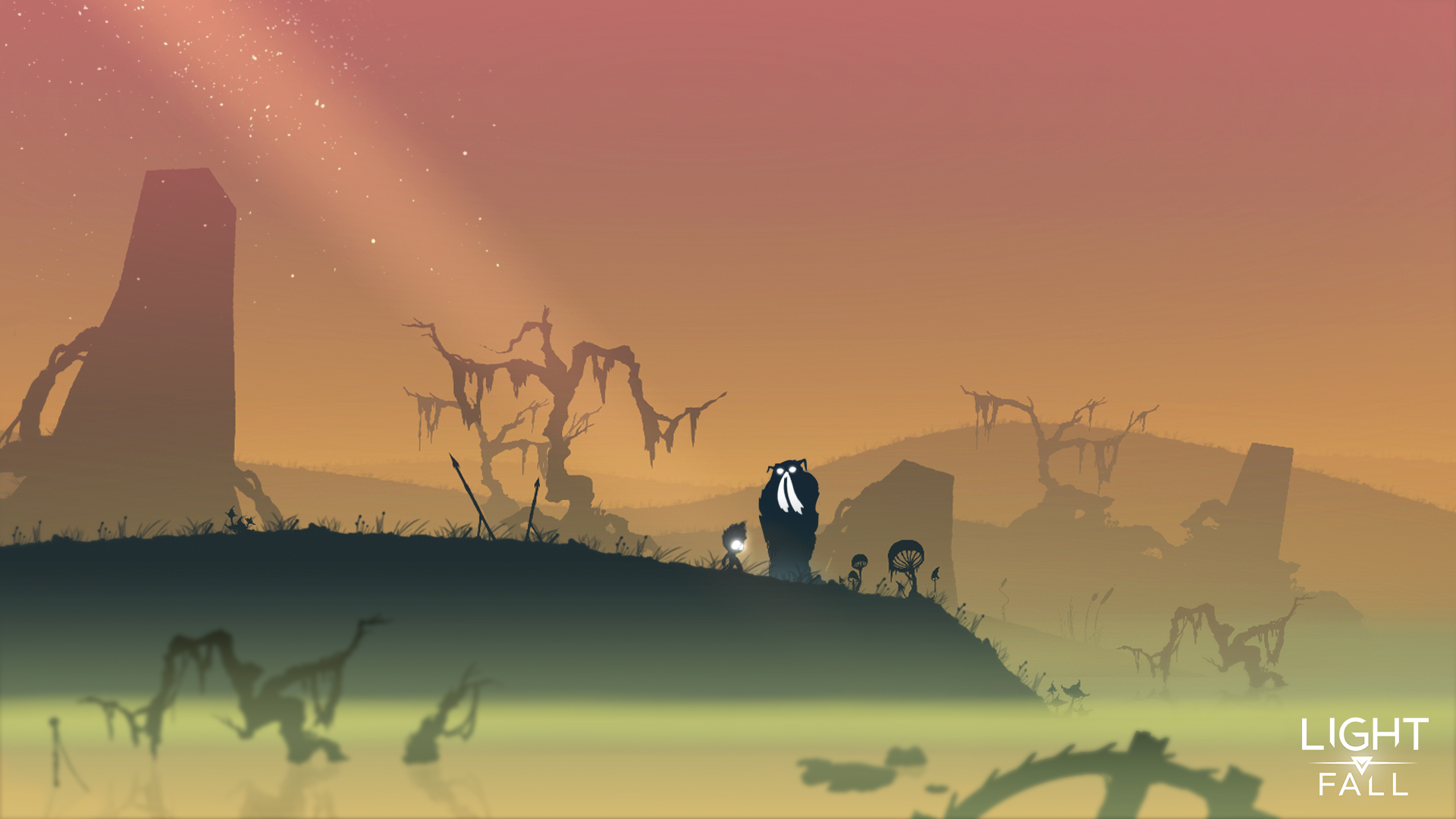 Set in a dark world where life is diminishing, you play as Nox, the wielder of the Shadow Core which can be summoned to create platforms or can be used offensively against enemies. The game is heavy on platforming elements and light (No pun intended) on action elements considering that there is only one offensive ability and the game can be be completed with a pacifist run apart from the boss fights.

Instead of the double jump mechanic that most platformers offer, Light Fall allows you to create platforms under or beside yourself that can be used to stand on or wall jump off. There is an upper limit of 4 platforms that Nox can summon before touching actual grounds/platforms which doesn’t include vertical walls.

The game controls beautifully. As Nox sprints across the lands of Numbra, the traversal feels fluid as well as responsive. It doesn’t feel out of control and appropriately pressing the right trigger (Used for sprinting) for making sharp movements is a satisfying feeling. The momentum can almost immediately be shifted to a desired direction which helps in maintaining the pace of the game. 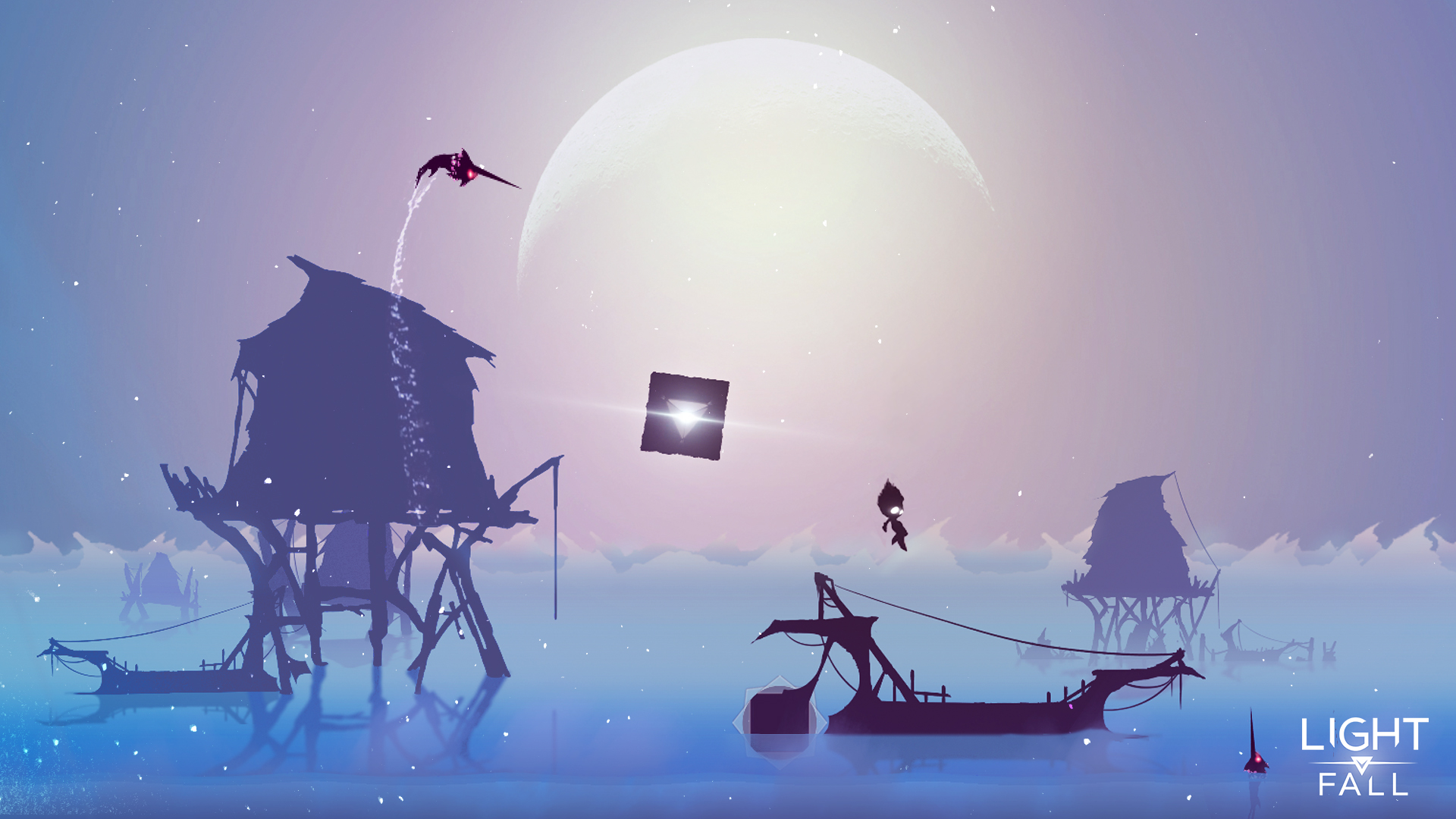 Level design could be seen as lacking because only the last act, which is about 20% of the game, gives you anything close to hair pulling moments. The game has conventional platforming obstacles such as spiky grounds, projectiles with various degrees of freedom, dangerous bubbles etc. Light Fall doesn’t seem to add anything new to the genre when it comes to level design or enemy variety. Some people might say that it feels like a tech demo for something greater to come and they’ll not be completely wrong. There are very few nail-biting moments where the time frame for a certain sections is less than a few milliseconds.

It can partially be attributed to checkpoints being presented to the player at regular intervals which play a double role in the game. Apart from saving player progress, they also expand upon the lore of the world depending on whether the player has acquired the necessary collectibles.

The lack of offensive moves really hampers the boss sections of the game even though there are just two of them. Both of these fights involve jumping around platforms and using the one offensive move available. You can’t help but feel that boss fights are just restricted levels, especially the last one, where the only platforms available are the ones that you can create.

Accompanied by an aged owl, Stryx, as the levels progress, you discover more about Numbra and the plot through his recollection of events that led to the current state of the continent. It’s a pretty straight forward story where the beats are elevated with the help of well crafted cut scenes and good voice acting. A lot of the story is narrated via expository dialogue or text which can be jarring to some people, but it’s not compulsory to sit through them. 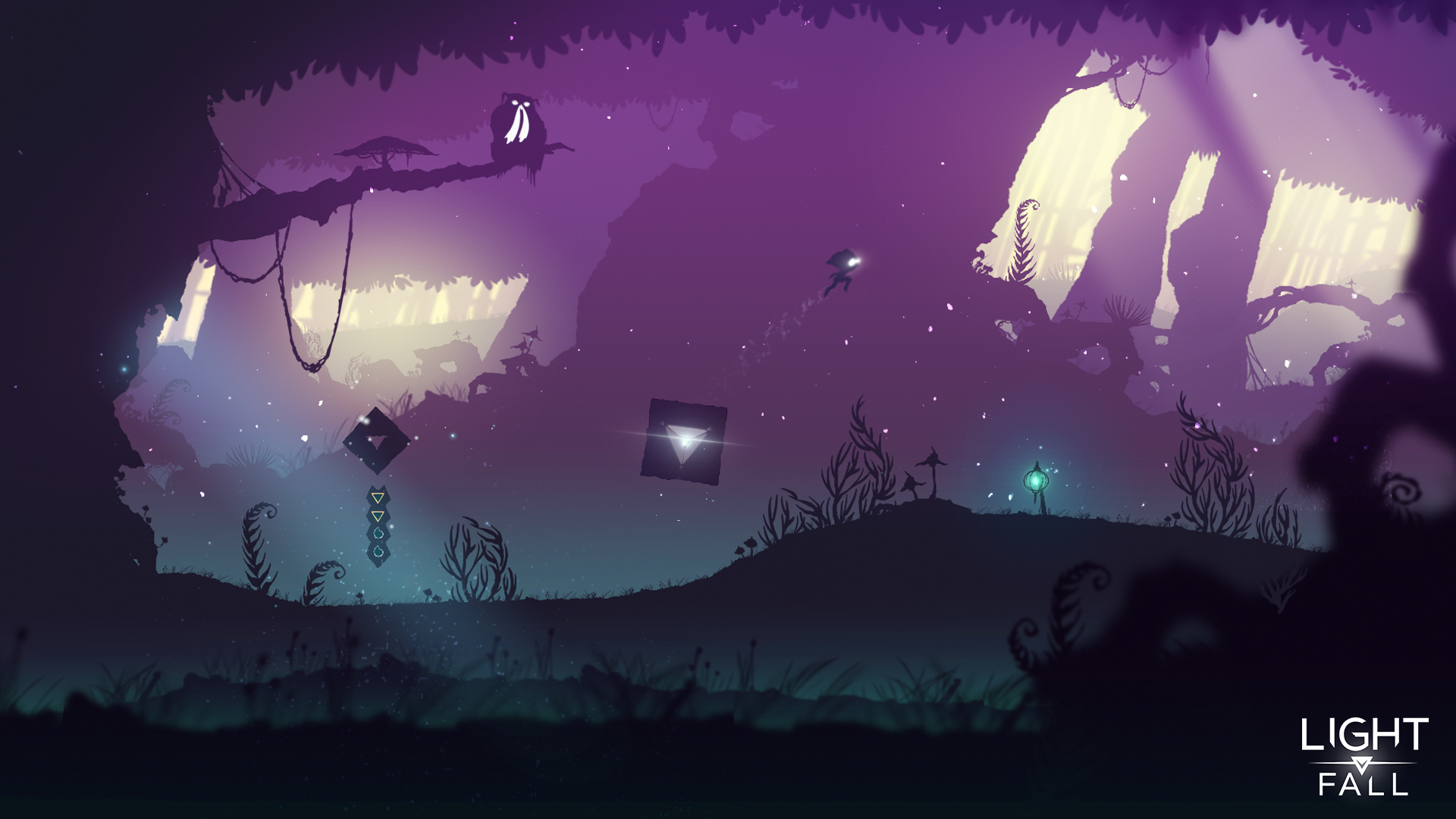 Sound is a strong point of Light Fall; from the main menu to the levels to the story bits, it has a kind of orchestral feeling to it. In-game SFX, although minimal, does the job just fine and the voice acting, as stated above is pretty good. Stryx and the last boss (The only two characters who are voiced), both feel authentic for the world they are in and depict various emotions very well.

Light Fall, in spite of being far from perfect, is a worthy addition to the platforming genre. It is simplistic in terms of art style, level design and sound, but showcases the Shadow Core’s brilliance extremely well. With some improvement in the level design, it could have been elevated to a much higher pedestal, but

A thought that just crossed my mind while writing this review was about a level that was almost a set piece and reminded me a bit of Ori & The Blind Forest’s Ginso Tree segment. In the section, there are waves flowing across the screen and you have to keep moving forward to avoid those waves. It’s a pretty neat idea and uses most of the mechanics that you have learnt up until that point. The only reason it is not a set piece is because there are platforms in between where the risk of failure is 0.