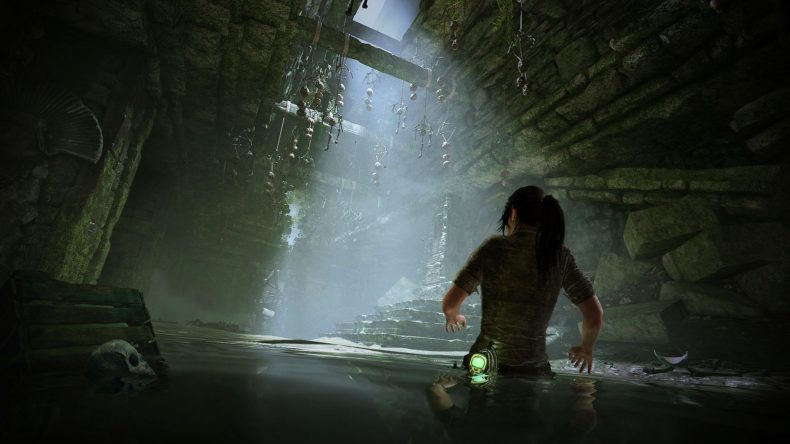 As big fans, we’re kind of worried. The company has always been famed for its stellar library of gaming classics, but this generation of consoles, it’s more known for overlong delays, long-period  public disappearances, over promises and sometimes, most unfortunately – unfinished products.

A lot of it has been attributed to the sheer scale of the projects Square undertakes, and that’s understandable. They want to make games that have the highest possible AAA production values, and make those games as large as possible. Some people will argue that this process takes time—which is a fair argument. Nowadays, development is more complex than it used to be. Back then when Square was doing the same thing but still churning out great games with high production values, the pressure and mountain of tasks was much simpler.

But there are other things that offer an indication, that perhaps the company isn’t thinking things through. That they are shooting themselves in the foot too often, and committing themselves to projects that they possibly can’t deliver as promised. This sort of thing would be fine once or twice, but it’s become a recurring trend with the company—and to be honest, it’s become a rather bothersome sign.

To start with, let’s talk about the Final Fantasy 7 remake. It’s announcement at E3 2015 caused many a tear to be shed—but the value of those tears turned to be nought – as barely anything was revealed as a follow up, EXCEPT the fact that it will be episodic. Which of course, is understandable somewhat as porting the huge world of FF7 to current gen would require quite the gargantuan undertaking. Still, with next to no official news in three years since its original trailer, apart from a single TGS trailer, a few bits of concept art and characters guest appearing in the Mobius game dosen’t inspire confidence. To top all that, rumours of the remake being in ‘troubled development’ add further cause of worry. First, there were rumours of Square abandoning all of Cyberconnect 2’s work on the game. Then there were tidbits about the game being just an ‘action game’ instead of an RPG. The way things are going now, we’re crossing our fingers that it doesn’t end up as vapourware.

And speaking of vapourware, that’s what Final Fantasy Versus XIII was thought to be—until it was remade as Final Fantasy XV and revealed at E3 2013. This then took another three years to hit shelves. And while it is indeed a great game, it is also noticeably incomplete—even after all the DLC released for it. The holes in its development aren’t really minuscule either. Those who’ve played it can attest to it’s haphazardness and jarring transitions in tone in the second half, which drag it down to large level. The game got away with it because the core game and characters were extremely strong. But there’s no denying that the epic masterpiece that it was building up to so well in the first half—and that we were promised, was not the one we got. Heck, even the E3 footage didn’t make the cut. Bear in mind, the overall cycle for this was 10 years –including the scrapping and rebooting. God only knows how much unecessary money, time and effort was burned through to get this thing out. The new Dissidia Final Fantasy game, NT — also didn’t fare will with critics and the passionate fanbase, marking another dent on their surface.

Not to mention there’s Kingdom Hearts 3 as well. The debut trailer of which was released three years ago, and the most we’ve gotten since then is….another trailer. Even if we give Square the benefit of doubt that this is some long-form epic masterpiece in the making, what they’re showed so far looked fairly par for the course and not much different from series conventions. Seriously Square,  while I’m sure the game will be great –you’re making us wait more than six years for this?

Oh the story doesn’t end there.

Then there are some of the fiascos in the company’s western development as well. Releasing the new Hitman game episodically was widely considered to be a terrible business decision—one that buried alive an excellent game, and return to form for the franchise. Hitman somehow survived, but Deus Ex wasn’t so lucky. Terrible micro transactions and supposed corporate interference affected Mankind Divided’s quality and sales. So the franchise is ‘on hold’ now. While Square has said that it plans to continue further with it, we’ll believe their words when they put them into action. It’s successful Tomb Raider reboot series also ran into some controversy, with the company getting some negative press for shoehorning in microtransactions into its sequel.The latest installment is due in September and it will have to prove its mettle if Lara has to hold as big a cultural cache as some of gaming’s heavy hitters.

From an outsiders’ point of view, there seems to echoes of mismanagement withing the company, or at least it feels like it. It  seems to have fallen into a pattern of late of slipping up too many times of late. Not to mention people like Tetsuya Nomura continuing to maintain their erratic, inconsistent and enigmatic nature (He left FF XV after it got reworked, and now is handling both FF VII Remake and Kingdom Hearts 3. Wut?) hasn’t helped matters. Despite all that, Square Enix still remains one of the better modern AAA developers/ publishers. They, in our opinion haven’t sunk as low as some of their other major peers (you know who). They manage to show consistency and quality in even their weaker products. However, it does seem like the central approach to their job needs a bit of reworking.

As big fans, we hope Square Enix look within themselves and find a way around their recent missteps. They’ve been a formative part of our childhoods, and it would really hurt us to see them lose sight of the mission as like other big developer/ publishers have by now.