349
1
previous article
Gamescom 2019: Our Thoughts On The Nintendo Indie World Showcase
next article
Why Minimalism is Important in Game Design 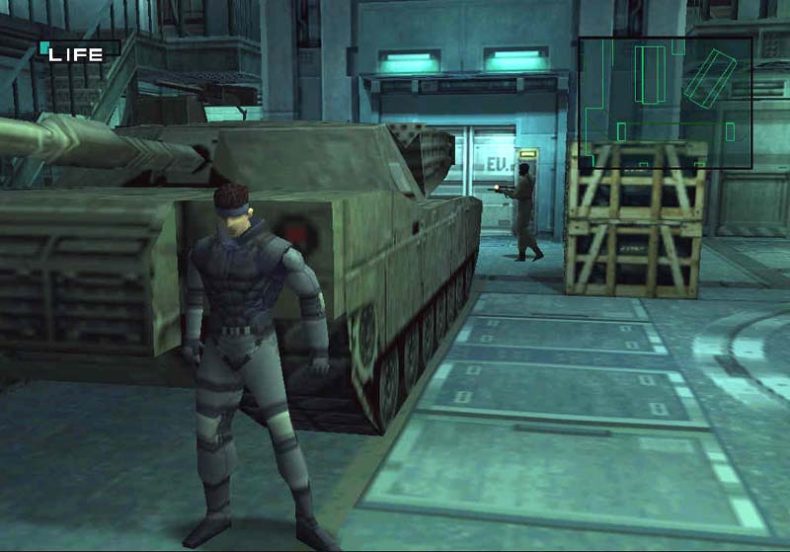 DEATH STRANDING is on the horizon. Which means that no matter which way you slice it, the name of Hideo Kojima is going to be all over every form of gaming media there is. Whether you think this is a good or bad thing, depends entirely on you. You could be a longtime devotee, an eternal skeptic, or someone who does not give a crap. Either way, you’re probably familiar with him and his body of work. To be specific, you’re probably familiar with METAL GEAR SOLID (or METAL GEAR, for purists)– His famous stealth-action series that is both lauded and reviled in equal measure to this day. You either love it or hate it. And in either case, you’re probably justified. Either way, if you’ve been playing games for a while, you probably haven’t been ignoring it.

To celebrate (or is it dread?) DEATH STRANDING, We’ve decided to re-play all canonical Kojima-directed METAL GEAR SOLIDS to update our opinion on them before release date hits for his latest game. While time and memory often blurs our initial perception of things, we decided to go with a clear and open mind on this one. Here’s what we found:

The 1998 PS1 title is often cited as a landmark in gaming history. Replaying it now, it’s easy to see why. While the game wasn’t the best stealth game released that year (the honour of that goes to THIEF: THE DARK PROJECT), It was the more accessible one. The production values were incredibly lavish for the time. And the long, expertly-directed cinematic cut scenes with then unmatched voice acting  were leagues ahead of anything seen in gaming. The tale of Snake’s infiltration of Shadow Moses Island remains expertly put together—a great plot, tight script, fantastic set pieces, exploration, memorable characters, bosses and plenty of awesome moments, make this game still extremely entertaining in 2019. Newcomers will have to get used to the basic, top-down (but still charming) simplified stealth gameplay and the extremely linear nature of the plot. Once that’s done, it’s all but a guarantee that they’ll be thoroughly entertained from start to finish for the 10 hours or so It takes to beat the campaign.

The game was also heavily criticized back in the day for being more of a ‘movie’ than a ‘game’, and is the natural advent of today’s oft-mocked ‘cinematic’ AAA games. All those criticisms remain valid, of course. You watch as much as you play. With that said, there is plenty of gameplay. And it’s interspersed almost perfectly with a cinematics—divided then into various contextual setpieces/minigames. Almost all of it is really good though, so it’s hard to be sceptical. While in terms of offering a extremely rich, deep gameplay and narrative experience—the game simple cannot compete with THIEF. But it’s still a fantastic, very well put together package with a lot of creativity, style and passion by Kojima and co. that instantly established the series as a force to be reckoned with. Using the PS1 to its full potential, it’s a landmark title that earns its legendary reputation, while still remaining fun and memorable to this day.

This game was very controversial on release,for having an unasked-for bait-and-switch protagonist, and a storyline decried in some circles as being ‘incomprehensible’. Both of those criticisms remain valid (to some extent) to this day. But despite those two things, there’s no denying what an extraordinary achievement sons of liberty is. Its outstanding themes that predicted things like the rise of ‘fake news’, controlled information, social programming etc. etc. have become even more relevant with age. And it updating the top-down Metal Gear stealth gameplay with what are now-series trademarks: first person combat, advanced AI, and more challenging stealth gameplay. While the ‘Big Shell’ isn’t as memorable as Shadow Moses, it’s close. And the level design has been tightened up and made more claustrophobic; making stealth an even tenser experience. The game also expanded the lore of the series considerably; developing some deep-rooted mysteries and lore that became trademark. And the game was successful in developing a multi-faceted narrative that offered both meta-commentary on the player’s journey, as well as the nature of Raiden: the surprise playable character that no one asked for. The game managed to maintain an incredibly unpredictable storyline that built up expertly to its reveals, and ultimately ended in a very satisfying, yet open ended conclusion—that would have been better off that way (More on this later).

MGS 2 isn’t perfect by any stretch of the imagination. In fact, it can (and has been) picked apart by anyone who is willing to put a serious critical eye. For instance, it is still more movie than game. People who were not big fans of Kojima’s vision the first time around, will find even more to dislike here. Heck, even the writer who translated the game for western audiences had her bones to pick apart with it. But overall, it’s hard not to admire Kojima for having massive cojones, and the drive to take huge risks, even if it meant alienating a lot of his fanbase. It also helps that the game is more-or-less able to communicate its themes very well to the player. The message isn’t muddled with pretentious pseudo-babble and self-aggrandizing nonsense that would be a trademark of his later games. MGS 2 is ‘weird’ maybe, but it isn’t pretentious. To this day, it remains a great example of games that aimed high and were able to rise above their subject matter, and leave players thinking long after they were finished.

To put it bluntly, this is nothing but a straight up remake of the original METAL GEAR SOLID. Surprisingly though, this was developed for the Gamecube, instead of the Playstation 2– making it the second time a PS1 classic was remade for the system (The first being  the RESIDENT EVIL remake, of course.). The game more or less lived up to its reputation. It uses the graphics engine from SONS OF LIBERTY to remake the entirety of Shadow Moses island, all the while updating the more advanced gameplay to what was introduced in that  game. This was polarizing to some people, who bitch about how it made certain sections too easy –while ignoring the fact that it also made a lot of the game much,much better (including some of the worst, most tedious parts of the game). In this author’s opinion, smart adjustments were made to the core game to accommodate the more advanced gameplay that more or less were successful in what they were trying to achieve. (No dear whiners, the Ocelot fight isn’t “easier” because of first-person aiming. The floor area is much less than it was in the original MGS. It is still hard af.)

It’s great seeing the young version of Snake in a higher poly-count, and the improved cut-scenes are great fun to watch (despite sometimes being too OTT). Some of them are a bit sill sure, but some are truly epic, and the game easily maintains the high-water mark for presentation that MGS games have already carried. If there is an area that the game does lack in, it’s the musical score and voice acting, which unfortunately falls a bit flat, as compared to MGS1, where it was so dynamic. Shadow Moses also looks a bit ‘cleaner’ thanks to the MGS2 engine, losing some of it’s rugged, ‘lived-in’ feel in the original. This does not overall detract from the overall excellent nature of the game tho. While it is not substitute for the original, it is best enjoyed after completing that game. For both newcomers and series fans, it has tons of entertainment value to offer. For skeptics, it has none. As it is still the same game, aka an ‘interactive movie’. It is good, sure. But if if you haven’t liked any METAL GEAR SOLID game so far, this one won’t really clue you in.

Stay tuned for ‘Part 2’, where we will cover the remaining games of the series–including both its peak and its worst phase. Which METAL GEAR SOLID game is your favorite? Let us know in the comments below.