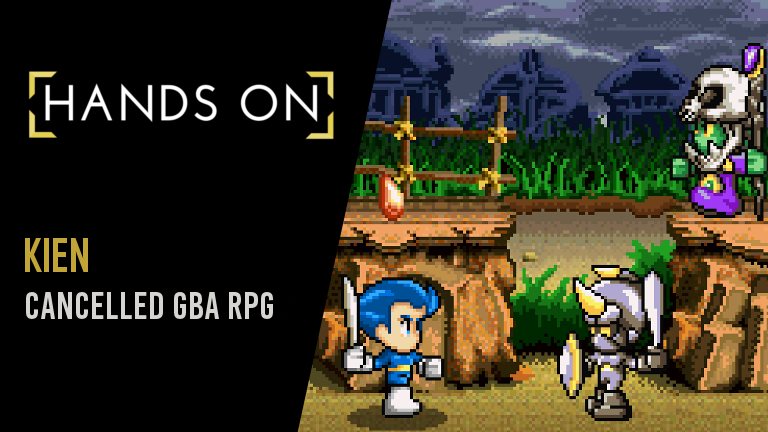 A run, jump and slash adventure from the brilliant minds that brought you Etrom: The Astral Essence.

Usually when a game is cancelled, that’s it for the project. Sure, sometimes canned titles are snatched up and finished by other developers or leaked onto the internet in their prototype forms, but the majority just stop there, and cease to exist any further. That is not the case for PM Studios’ Kien – a Gameboy Advance RPG that wasn’t just cancelled once, or twice – Kien was cancelled on three separate occasions.

Forged from the mind of underappreciated genre-visionary Fabio Belsanti, Kien was set to shake up the RPG scene on the Gameboy Advance. Belsanti has quite the background in the genre, having brought us the likes of the ambitious King’s Island flash series, and the role-playing epic Etrom: The Astral Essence. Kien was set to be their debut on Nintendo’s handheld market, and ended up being their only attempt to break into it. Over the course of a few years, Kien was picked up and dropped by a number of publishers, including DSI Games, and despite being complete, never made it to store shelves.

Where Kien did make it though, was to review publications. Both PocketGames and Nintendo Power felt justified in their 60% ratings, and the former cited the lack of depth and secrets as a bit of a turn off, whilst the latter criticized the game’s difficulty. It’s important to remember this was in development during the life of the Gameboy Advance, where difficulty wasn’t viewed as a positive like it was ten years prior, or even ten years after.  the early 2000’s was an era in which easy mode reigned, and I’d be lying if I said I don’t still play games on that setting. Whilst the game was out for review with publications, it was leaked to ROM sites, and the game was unfortunately pulled from the GBA’s release line up, with the publisher stating it would be too hard for a new IP from a third-party to make enough of a splash on the system. 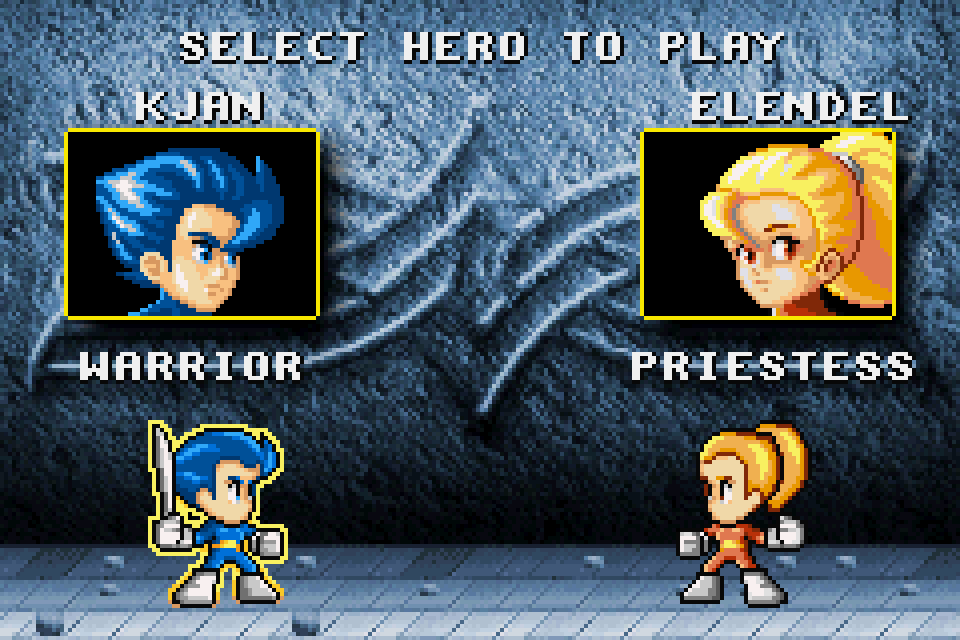 PM Studios’ CEO, Fabio Belsanti, recently sent me a playable prototype of the game for the purpose of this piece – and boy, was it a journey. Kien is basically an action platformer, with some RPG elements tossed into the mixing bowl along with some brilliant level design and beautiful character sprites. Now I won’t lie to you, my exposure to handheld RPG’s is pretty limited. I’ve played through DOOM RPG, Orcs & Elves and various Android diablo-likes (see Eternium, AnimA), but I don’t believe I’ve ever touched a non-Pokémon RPG on the Advance. Kien is very much my first experience of such a game, but never-the-less I found it to be something incredible, and easily recommendable.

Kien puts you in the shoes of one of two young apprentices, the warrior Kjan, or the mage Elendel, with the task of saving the planet of Malkut from the evil that has corrupted the land of harmony, and caused the 7 Masters of the Absolute to vanish, and mystical warriors to be slaughtered. There is a lot going on in Kien, and the still image cutscenes feature some beautiful artwork as text and exposition streams across the bottom of the screen.  The game puts narrative into a heavy focus, and really shows off the writing skills of Belsanti, who has since gone on to write a full novel based on the Etrom property.

In addition to its emphasis on plot, Kien works wonders in the gameplay department – but it’s not for the faint of heart – Kien is hard as they come, especially early on in the game. The combat varies between characters, with Kjan you’ll use a myriad of melee weapons such as swords, axes and spears to take out your enemies up close, with a few magical abilities at your disposal to help with tougher enemies. Kjan is a lot of fun to use, and was the character I chose for my run-through. The other character, Elendel – focuses solely on spells, and can be quite a force at a distance, but is considerably weaker up close. 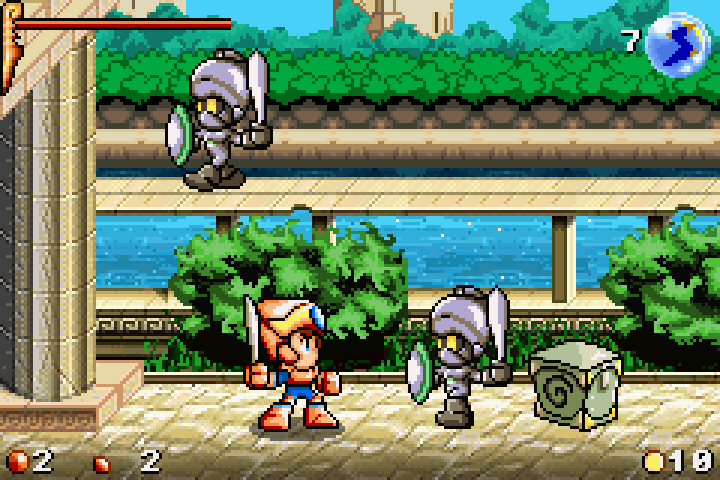 You’ll also be picking up coins and gems along your journey, which give you extra armour in the case of the coins, and extra lives in the case of the gems, though you’ll need to grab 30 of them for each life. Combine these with health and mana fountains and you’ll have all the equipment you need to stay alive – it’s just a matter of getting to them unscathed, and with hordes of enemy warriors and shamans, that can be trickier than it sounds. As you level up, you’ll gain access to different levels of armour, and before you know it, you’ll be geared out in brightly-coloured plating and feeling like a total badass.

As you progress to new chapters, new areas will become available for you to explore, and a password system allows you to restore your progress after using up all of your lives. These environments are well thought out, and really beautiful, especially in the late game. Kien features a number of awesome boss fights as well, which really test your mettle. They tend to stand in the way of the next password – so it’s imperative you don’t approach them until you’re levelled up enough and equipped with good enough armour, weaponry and abilities.

It’s a shame Kien never actually made it, for a game with so much content and such a strong narrative. Luckily, this is still not the end for Kien. Along with the developer of HyperParasite, Troglobyte Games, Hammer&Ravens and PM Studios will begin work on a Switch eShop title inspired by Kien,  named Astral Equilibrium, which I am more than excited for. It’s great to see an unsuccessful project that had a lot of potential begin its comeback, and I will be following it closely over the its development. You can follow the project at www.astralequilibrium.com