Half Life: Alyx – 10 Things To Get You Excited! 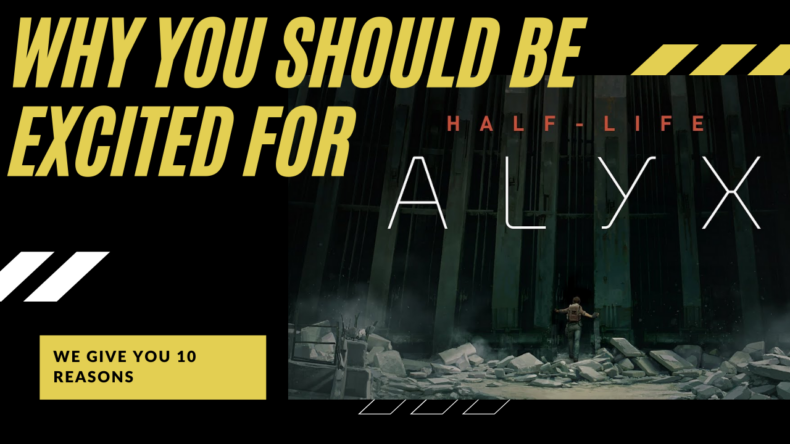 In less than three weeks from now, Valve will release Half Life: Alyx on Steam – the VR prequel to Half Life 2. Notwithstanding the running joke about the number ‘3’, Valve uncharacteristically released three gameplay videos on its Youtube channel. IGN First also bagged an exclusive look with a 9 minute direct true-feed gameplay.

We can’t stop gushing about the impressive visuals, incredible physics engine, immersive gameplay and the AAA polish being given to a VR game for the first time! Here are 10 things we noticed that might get you excited!

1) ALWAYS WITH THE HATS – You can wear a hard hat to save your neck from a barnacle – without one, you might get strangled. Can we expect more hats like Team Fortress 2?

2) GUNS, LOTS OF GUNS – You can modify your weapons from Combine fabricators in exchange for resin. You can add in a reflex or a laser sight, a burst fire mode and even increase ammunition capacity.

3) LET ME TAKE A SELFIE – There is a dedicated photo mode and difficulty settings.

5) WHAT DOESN’T KILL YOU, MAKES YOU STRONGER? – Enemies have weak points. A pistol mod can help you identify them easily by highlighting it – for example, you can shoot the headcrab on a zombie’s head to kill it, or make it explode by shooting at an organic blob on any part of its body.

6) CHAOS IS A LADDER – You can climb ladders by holding the rungs, and aim/shoot simultaneously!

7) YOU TALKING TO ME? – the conversation is going to change depending on the situation and location. Alyx might comment on something that you picked up, and Russell, the Resistance member helping you, might say something depending on how you are tackling a situation.

8) THE TRUTH IS OUT THERE – Alien lifeforms are as gross as you can imagine – the headcrabs, barnacles and Xen biomass might make you puke!

9) SOUND OF MUSIC – The sound design is rad as ever – it is a return to roots with the sounds of the city, Combine Overwatch alerts and even the door squeak sound that will pull at those nostalgic strings!

10) FIRE IN THE HOLE – Grenades are a big thing. You can use your gravity gun glove prototype to pull in grenades thrown at you and toss them back, you can catch a grenade in mid-air and then do the same, and also Xen grenades. Makes us wonder if the pheropods for the Antlions would be back!

To catch up on the story, you can play all Half Life games on Steam for free till Half Life: Alyx launches on March 23, 2020. You can also try out developer Crowbar Collective’s Black Mesa, a remake of Half Life, zooming out of Early Access on March 5, 2020.