230
0
previous article
7 Upcoming Cyberpunk Games To Be On The Lookout For
next article
Kojima Countdown: Analyzing the METAL GEAR SOLID Series- Part 1

Gamescom 2019: Our Thoughts On The Nintendo Indie World Showcase 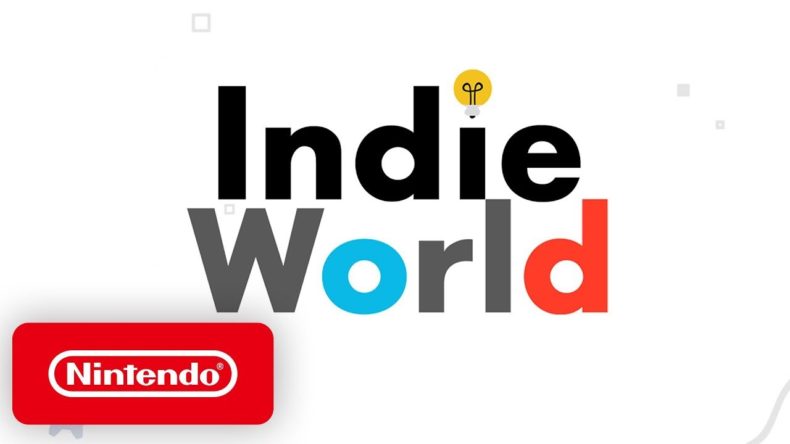 Gamescom 2019 is here, and Nintendo is one of the first to kick off the event with a small indie showcase “Indie World”, where they announced several quirky titles from small developers, both, well-known and not so much, for the Switch. All in all, the 20 minutes of just games and gameplay (Thankfully, unlike E3) made it worth the Gamescom hype which will only extend into the main event when their bigger titles are shown.

First, are the major announcements –

Risk of Rain 2 was a runaway success when it released on Steam earlier this year. It came out of nowhere, had an addictive play loop and launched with a ‘Buy 1 Get 1’ offer giving gamers more of an incentive to buy the game since it was a co-op focused experience. Having played it for about 15-20 hours over the months since its release, we have seen many patches for fixing bugs, improving performance and game balances that have morphed RoR2 into one of those “Perfect for Switch” titles. One minor addition that could be done to make it friendlier for the Switch’s portability would be a checkpoint system quite like the one used in DMC5’s Bloody Palace where the Palace could be suspended to either take a break or in case someone can’t do the almost 2-hour long run in a single sitting.

One might brush it off as a Diablo clone, which it pretty much is – but it’s a very solid one at that. Everything that makes looter RPGs so beloved is well and accounted for here, from chaotic & tight combat, varied roleplaying options, tons of weapons, magic items and accessories to farm for, dozens of quests, engaging enemy variety and interesting lore – all culminating into to that all-familiar gameplay loop of “just one more dungeon”…. plus there’s cutesy companions too (like a dog or bird). Come September 3, 2019, Diablo 3 will be having some serious competition on the Switch.

Superhot is one of those indie darlings that has stuck with the crowd over the years, having received a DLC as well as a VR version. With a very simple rule of- “the world moves when the player moves”, Superhot made the player feel like a badass while dodging bullets, especially when the game showed the replays in real-time. It is indeed THE most innovative shooter of the generation.

The Hotline Miami games have become a staple of the indie scene at this point. And for good reason too, thanks to near perfect execution with it’s gameplay, level and sound design. Nothing’s more satisfying than blowing a bunch of goons to smithereens with the BOOM of a shotgun… or using the ridiculously OP Tony mask and just one-punching mobs to death while soaking in the trippy 80s aesthetic and adrenaline-pumping synthwave soundtrack. This visceral top-down action game will definitely find a home on Nintendo’s indie-friendly portable machine.

We saw it coming. A lot of indications from Microsoft’s Switch announcements like Cuphead and New Super Lucky’s Tale pointed to it.  Even so, when the stream announcer spoke about ‘One last surprise’ followed by the environmental art of Ori fading onto the screen accompanied by its enthralling yet chilling soundtrack, goosebumps were bound to happen. One of the best games of the generation and one of the best Metroidvanias period, thanks to its exquisite art direction, an eargasmic soundtrack, and solid gameplay, Ori will be a “MUST BUY” when it releases for the Switch. It is another “Perfect for Switch” game in a genre that was partly created by Nintendo themselves.

Now let’s take a look at some of the smaller/newly announced titles which grabbed our attention:

The studio has so far only been known for racing games, primarily their Fast Racing series. To see them venture into an entirely new genre – action-adventure from the looks of it – is certainly exciting. It can’t help but remind us of Nintendo’s long-forgotten Startropics series, which also takes place on an island and has the player explore mysterious dungeons. Not just that though, but the artstyle is no doubt something unique – it something like a crossover with Lego & Minecraft with some amazing lighting and texturework. Can’t wait to know more about this one.

Remember that late 90s Nickelodeon cartoon, CatDog? The one with a conjoined cat & dog. This game is that, but instead a 3D platformer with two cute puppers. Everything about it charmed us, from the lovely artstyle, design and just mechanics in general and considering how adorable it is, we’d love nothing more than to get our hands on it.

Röki immediately gave us Sea of Solitude vibes, especially with its artstyle and focus on well, a journey of “solitude”. It certainly looks to borrow from Scandinavian lore with it’s tundra setting and fascination with wolves,  the prime “hunters” of the chilly frost. Not much else is known about the game yet so we’ll have to wait for more details.

There was a slew of announcements, some we’ve never heard of before, like Yuropa and Closer To The Sun while others that we were aware of- Trine 4, Creature in The Well, Blasphemous etc. The addition of major indie titles like Superhot, Ori and Hotline Miami definitely give the Switch library more depth. The portability of Switch is just a double whammy. Yes, the games might be a bit pricier, but hey, we can take the games anywhere we go.